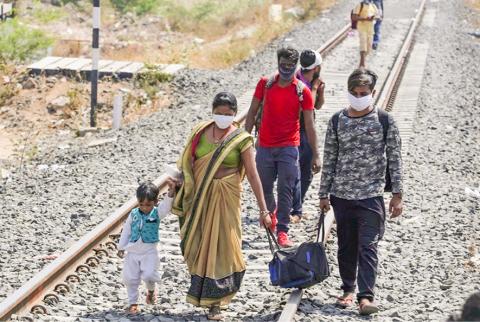 The Gujarat government decided to resume economic activities during the COVID-19 lockdown period in the state as per the Central Government Guidelines, and it received a widespread response. On the first day of re-opening of the industrial units on April 20, around 6,000 industries restarted their activities, and about 40,000 to 45,000 workers restarted their jobs. However, industrial associations said that not all those who got permission to re-open were able to start operations due to a labor shortage. In a few cases, employers invited workers with offers of more incentives and more facilities at workplaces, but those were very few. In contrast, tragically,more industrial accidents occurred in this phase because industries re-opened with a limited number of workers, and workers were forced to work for extended hours. In addition, government officials were unable to monitor safety provisions, and industrial units took advantage of this situation to bypass safety provisions.

For this project, Indian NGO Paryavaran Mitra extensively researched and documented new policies (on labor laws and industrial issues that affect the environment) announced since March 2020 by the Gujarat government. Information was compiled about recent industrial accidents, attempts by industry to scale back worker health and environmental provisions, and attempts by governmental branches to cultivate outside investment in the state.

Paryavaran Mitra also produced some policy recommendations, such as, amongst others: