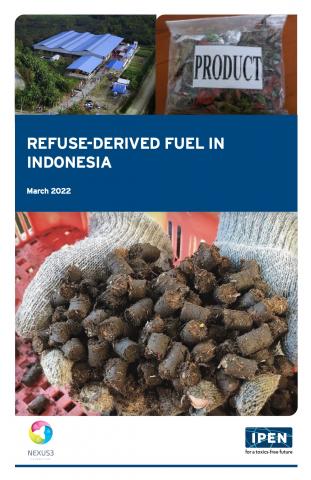 Since the early 1990s, the production of alternative fuels has become a quite popular waste management option in different countries. Solid Recover Fuel (SRF) is considered as a complementary intervention to preparing the residual waste stream for material recovery or disposal in landfills. The treatment processes that produce waste-derived fuels have been widely implemented in some countries.

SRF is a subset of the larger family of Refuse Derived Fuels (RDFs), produced from non- hazardous waste streams, differing from a “generic” RDF due to that it is a fuel that meets requirements (i.e. classification and specification) defined by a national or international standard.

These treatments are often some sort of mechanical treatment (MT) or a mechanical-biological treatment (MBT). It is important to highlight that SRFs put in the market never identify a univocal fuel but alternative fuels of which the properties might differ from each other.

India and China, which have to manage high annual amounts of wastes and satisfy their internal demand for energy, recently started developing domestic pre-treatment systems to SRF. They have also become a pretty consistent importer of SRF/RDF from neighbouring producing countries.

The transboundary shipment of SRF and RDF is significant, also in Europe. For example, the United Kingdom exports significant amounts to countries like Germany, Netherlands and Sweden. Different factors drive the trade but policy, waste treatment capacities and current market prices are some of the main reasons.

Read the full report below