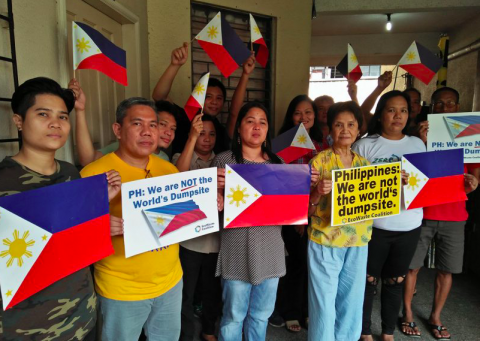 (Manila, Philippines; Vancouver, Canada; Gothenburg, Sweden): Sixty-nine shipping containers of illegally dumped Canadian trash set sail for home today after a six-year fight to get Canada to comply with the Basel Convention. In a joint statement, the EcoWaste Coalition, RightOnCanada, and IPEN described the historic departure of the reeking garbage from the Port of Subic north of Manila as a victory for the rule of law, morality and the environment.

“We feel jubilant that 69 containers of Canadian rubbish are now homeward bound after being stranded here for so long,” said Aileen Lucero, National Coordinator, EcoWaste Coalition. “The Philippines is not the world's dumpsite.  Never again shall we allow other countries to trash our dignity, our people's health and the environment.”

In 2013 – 2014, 103 containers containing more than 2400 tons of trash from Canada arrived in the Philippines, wrongly declared as scrap plastics for recycling but actually found to contain unsorted plastics, household garbage, used adult diapers and electronic waste. Under Basel Convention rules, Canada should have repatriated its waste within 30 days, but instead pressured the Philippines government to process the illegal shipment locally. Prime Minister Pierre Trudeau noted the dumping issue in two subsequent trips to the Philippines in 2015 and 2017 but refused to commit to taking back the trash.

A 2019 legal opinion from Canada-based Pacific Centre for Environmental Law and Litigation found that Canada’s refusal to repatriate its trash constituted illegal traffic, among other Basel Convention violations. On April 23rd, Philippines President, Rodrigo Duterte, demanded that Canada take back its illegally dumped trash. Philippines recalled its Ambassador and consults after Canada missed the May 15th deadline.

“Canada should have complied with the Basel Convention and repatriated its illegal garbage exports years ago,” said Joe DiGangi, IPEN. “It should not take a presidential threat to get Canada or any other country to comply with the Basel Convention. Going forward, both Canada and the Philippines need to learn from this frustrating experience, so that it is never repeated.”

To prevent the recurrence of garbage dumping, the groups agreed that Canada and the Philippines should rapidly ratify the Basel Ban Amendment which prohibits the export of hazardous wastes and other wastes from developed to developing countries for any reason, including recycling.

“This ordeal has taught us of the urgency of correcting outmoded regulations allowing waste imports into the country under the guise of recycling. We need to close this ghastly loophole that is facilitating illegal waste traffic and turning our country into a dumping ground for plastic, electronic and hazardous wastes, which should be recycled, treated or disposed of in the country where such wastes were generated,” said Aileen Lucero, National Coordinator, EcoWaste Coalition.

See a timeline of Canada's trash dumping in the Philippines here 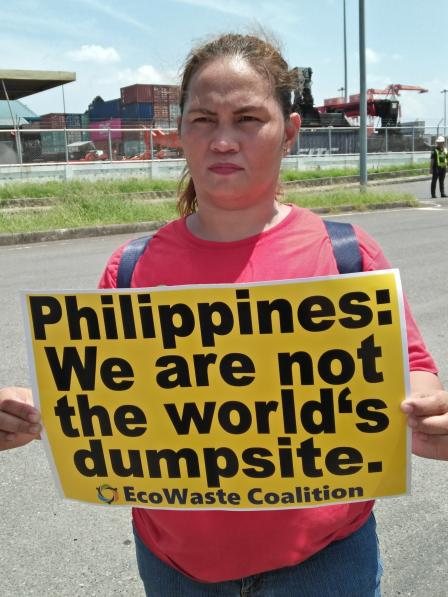