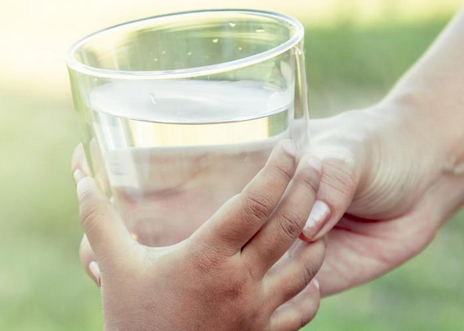 In February 2019, under growing public and political pressure, the US EPA finally announced plans to address PFOS and PFOA, two toxic chemicals widespread in drinking water that are still unregulated in the US after decades of use. Instead of praise, the EPA announcement triggered anger after the public realized that the agency will conduct years of assessment before actually regulating them. US residents may be more incensed if they know that the rest of the world has already acted globally on these substances.

Ten years ago, governments agreed on a global restriction of PFOS under the Stockholm Convention (which the US has not ratified). In May 2019, they agreed to ban PFOA and more than 150 related substances. The ban includes a five-year phase-out period for eight uses and one extraordinary pharmaceutical exemption until 2036. Polluting firefighting foams came under special scrutiny. Delegates banned production for use in firefighting foams; prohibited their use in training; banned export or import except for environmentally sound disposal, prohibited use in testing unless all releases are contained; and restricted uses to sites where all releases can be contained no later than 2025.

Governments also sent a clear signal about the chemical industry’s cynical fluorinated alternatives (known as PFAS). The decision encouraged use of alternatives warning that “fluorine-based fire-fighting foams could have negative environmental, human health and socioeconomic impacts due to their persistency and mobility.” Safer cost competitive non-fluorinated alternatives have already been adopted by major airports.

While the rest of the world has moved forward on global bans, US regulators have claimed they need to first “close the gap on the science.” US EPA assistant administrator of water, David Ross, admitted that this would take years and suggested the need to make the agency’s actions legally defensible. Ross should know about this since before joining EPA he worked for 14 years as a lawyer for industry clients filing lawsuits against the agency. The science on PFAS substances will inevitably involve EPA’s Office of Research and Development whose Deputy Director comes directly from Koch Industries – the owner of a company facing a class action lawsuit over PFAS pollution.

As the US dithers, pervasive PFAS contamination of ground and drinking water continues at 172 PFAS-contaminated sites in 40 states.  US government agencies note that “most people in the United States have been exposed to PFAS and have PFAS in their blood…” Patrick Breysse, director of the US Centers for Disease Control National Centre for Environmental Health, called PFAS pollution, “one of the most seminal public health challenges for the next decades.”

In the absence of federal action, US states are stepping forward. In 2019, at least nine states are considering policies to ban PFAS in firefighting foams, following the lead of Washington State where legislation passed in 2018 to ban PFAS in foam. New Jersey is taking a leading role in holding the makers of PFAS responsible for cleaning up their mess. In what should become standard policy for making polluters pay the cost of pollution, the state filed suit over PFAS pollution and directed DowDuPont, 3M, Chemours, and Solvay to fund the removal of PFAS contamination in New Jersey and to provide documentation on the use and discharge of PFAS and its toxic fluorinated substitutes.

International regulations can provide useful lessons, but state regulators should improve them. They should adopt the Stockholm Convention’s basis in precaution and promptly regulate all PFAS as a class of substances. The high cost of PFAS cleanup should be recovered from the chemical corporations who knew about the problematic nature of these substances in the 1970s but produced them anyway.

Clean water is essential to all communities. How governments address PFAS pollution illustrates how well they uphold and protect this basic human right.

Joe DiGangi is a Sr. Science and Technical Advisor at IPEN.

Pam Miller is the Executive Director of Alaska Community Action on Toxics and IPEN Co-Chair.