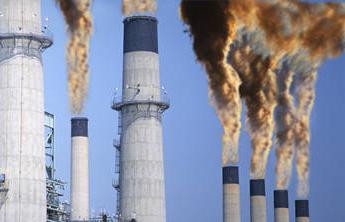 The Prime Minister’s announcement and COAG support for a ban on waste exports should be cautiously welcomed and is long overdue following the embarrassing revelations of Australian illegal waste dumping in South East Asia. However, it seems certain that the announcement is designed to distract from a major government push to burn Australia’s waste in polluting incinerators: an industry it quietly supports. As noted by some media reports on the announcement, the government “was exploring using waste in energy plants to power Australian homes.”

The National Toxics Network, through their lead campaign group, ‘Zero Waste Australia’ welcomes the Prime Minister’s support for an Australian recycling industry and a great leap forward towards a Circular Economy, where finite resources are reused, composted or recycled back into our materials production systems.

“The Prime Minister and COAG however must put the protection of our climate, health and environment ahead of global corporate industrial interests within the waste management sector that are driving dangerous waste to energy incinerators into Australia.

Waste to energy incineration has no place in a sustainable zero waste management and circular economy agenda. Burning finite resources in our residual waste stream – predominantly single use, non- recyclable, fossil fuel-based plastic waste – is not only highly polluting but entrenches a linear economy, the very cause of global climate, pollution and health disasters and is the antithesis of a sustainable circular economy.

Yet Australian state governments are fast tracking approvals for this industrial threat without adequate climate, health and environmental impact assessment processes, without any social licence to operate and without safeguards for vulnerable local governments.

It is a scandal that the waste to energy incineration sector is being allowed to take scarce renewable energy funds and grants from the Clean Energy Finance Corporation and the Australian Renewable Energy Agency for an industry more toxic and climate polluting per unit of energy than coal, oil and gas.

Australia is at risk of becoming the waste burning capital of the global south as this industry looks for new markets in vulnerable countries while the European Union and United States remove subsidies and support for waste to energy incinerators due to the adverse impact it has on the recycling sector and policies for a circular economy.

The announcement by the Prime Minister and COAG must be treated with scepticism unless they strengthen their mandate with a ban on the incineration of waste in Australia and the export of all types of Processed Engineered Fuel, and other ‘stealthy’ waste classifications to other countries, to bring Australia into line with international best practice waste management policy from comparable countries.” states Jane Bremmer, Coordinator Zero Waste Australia.