Eight Women Strive for Health and Healthy Environment in Armenia

Special for the Armenian Weekly

This is the first article in a six-part series about environmental organizations in Armenia.

Today, like much of the world, Armenia faces significant environmental challenges, from poor waste management and mining exploitation to deforestation and conservation issues. The future may seem grim, but as a Birthright Armenia volunteer working with the Armenian Environmental Network (AEN), I’ve had the pleasure of getting to know the people and groups working to combat these issues. Part of AEN’s mission is to improve understanding of the environmental issues in Armenia while facilitating partnerships between Armenia and the U.S. Diaspora. As such, the goal of this series is to raise awareness about some of the lesser known environmental organizations in Armenia and their work on the ground. Each organization has a different story, but we’re all working towards the same goal of a greener Armenia. 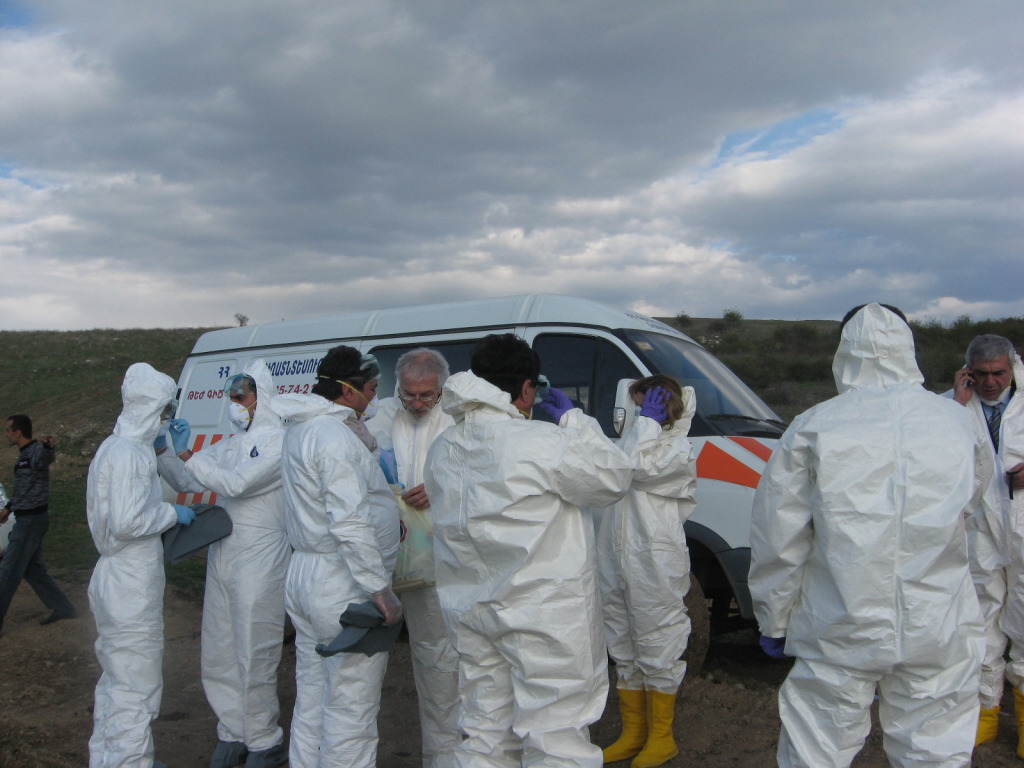 Armenian Women for Health and Healthy Environment (AWHHE) is an inspiring group of eight women working in the field of environmental health. Almost all of the women of AWHHE are medical doctors, and credit this educational background as the source of their passion for health and the environment. AWHHE coordinates with local and international organizations to conduct research with a main focus on chemical safety. Their work concentrates on water, soil, and air quality, in addition to consumer products such as toys and cosmetics. They then use their research to enact policy change at the federal level. The members of AWHHE say that when they started 14 years ago, they weren’t taken seriously, but that over time the government has started to hear their message. They’re recognized within the international environmental health community, which provides leverage when AWHHE lobbies the Armenian government. These powerful partnerships have resulted in positive change for Armenia.

With more than 14 years of hard work, the women estimate they’ve been involved in about 100 projects. AWHHE played an integral part in Armenia’s signing of the Stockholm Convention, an international treaty outlawing various organic pollutants. The women also expressed pride in their successful study and campaign for safe children’s toys: They cooperated with five other countries in the Caucuses and Central Asia to test various toys for dangerous toxins. After determining that 20 percent of the toys contained at least one toxic chemical, they were successfully able to pressure the government for stronger regulations on imported products. In addition, the organization runs environmental education programs for children as well as agricultural outreach programs focused on the use of safer chemicals as opposed to harmful pesticides. Evidently, AWHHE has found success in using scientific research for social change.

In looking towards the future, AWHHE singles out two important issues they have their eyes on: Lake Sevan and the Teghut mine. So far the women say they’re losing the battle to protect Lake Sevan, as new regulations will allow for aquaculture as well as higher yearly water withdrawal from the lake. But they’re not giving up yet. AWHHE recently organized a petition to pressure the United Nations Environment Programme (UNEP) to take action on this issue. Regarding the mine at Teghut, the women note the importance of completing thorough scientific research at the site prior to campaigning against the mine. Elena Manvelyan, AWHHE president, put it well: “This is our future—fighting for wellbeing.”