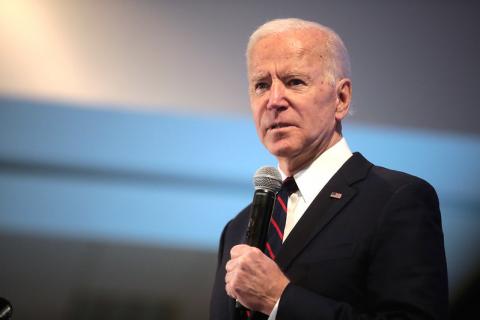 This article originally appeared in The Hill on 09/17/21

When President Biden took office, he pledged to protect people and the environment from toxic chemicals now poisoning communities across the United States. If he is serious about that promise, then his administration must align its foreign policies with its domestic commitments when it participates in the next meeting of the Stockholm Convention on Persistent Organic Pollutants, an international treaty that prohibits dangerous pollutants that persist in the environment.

As countries are prepping for a consequential meeting early next year, the United States is behaving as the obstructionist in the room. With Biden’s nominee for the head of EPA’s Office of International and Tribal Affairs (OITA) on the cusp of Senate approval, the EPA is well-positioned to act now and reverse this dangerous pattern of obstructionism.

Over the past 12 years, the United States has exploited its “observer” status to oppose the addition of at least three pesticides to the list of regulated chemicals. Inexplicably, the United States is using its geopolitical power to prevent other countries from protecting their citizens and the global environment from pesticides with toxic effects on the brain.

What is more, the United States is undermining efforts of the convention’s signatories to ban a dangerous flame-retardant chemical called dechlorane plus (DP), a plastic additive that has toxic effects on the brain, liver and endocrine system and can harm developing fetuses. DP can’t be cleaned up or contained once it’s released. In fact, it migrates thousands of miles from where it’s released and concentrates in polar regions — a phenomenon called global distillation. Alaska has the highest reported air concentrations of DP in the country despite being thousands of miles from DP release sites. As such, DP endangers the health of Artic Indigenous Peoples who, without action by the international community, cannot prevent releases of DP thousands of miles away from their homes.

The interference by the United States with DP’s listing started during the Trump administration, when officials from the Environmental Protection Agency sowed doubt about the substantial scientific evidence of DP’s toxicity.

But the Biden administration can change course and reposition the United States as a force for environmental justice on the global stage. At their next meeting in January, members of the expert committee to the Stockholm Convention will decide whether to recommend banning DP and take an important step towards protecting people around the world from this dangerous chemical. And even though the convention’s decisions are not enforceable in the United States, the fact that DP is persistent and readily migrates to the Arctic means that eliminating DP’s use abroad will protect communities in the United States that are disproportionately exposed to this persistent and toxic chemical.

DP has already polluted precious natural resources in the U.S. through domestic manufacturing releases. The Great Lakes region has the highest levels of DP sediment contamination in the country, undoubtedly due to releases from the manufacture of DP by the Occidental Chemical Company’s Niagara Falls facility — the same New York facility that spawned the Love Canal environmental disaster in the 1970s. DP has also contaminated our food supply — high levels of DP were detected in U.S. baby food.

The Biden administration has the chance to uphold its commitment to strengthen health and environmental protections by supporting banning dangerous chemicals like DP, and reverse course on the country’s obstruction of global efforts to do so. The fact is this obstructionism cannot be squared with the Biden administration’s commitments to restore principled American leadership to the world stage and follow the science to protect public health and the environment.

Pamela K. Miller, M.En., is the founder and executive director of Alaska Community Action on Toxics, and the co-chair of the International Pollutants Elimination Network.

To view this article on The Hill, please visit: https://thehill.com/opinion/energy-environment/572766-biden-pledged-to-p...