Business as usual for pesticide cocktails in EU food 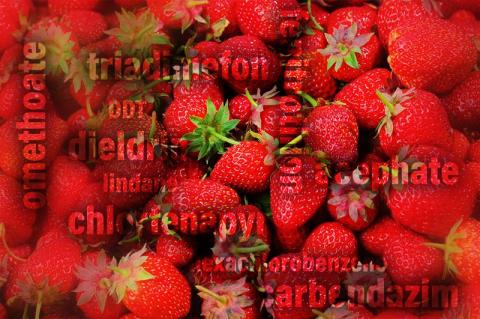 One third of the food consumed in Europe contains residues of two or more pesticides, according to the annual report published by the European Food Safety Authority (EFSA). For certain foods the situation is even worse, since over 65% of the popular summer fruits tested (currants, strawberries and grapes) were found to contain pesticide “cocktails”.

PAN Europe stresses that Regulators must stop downplaying the effects of pesticide mixtures and urgently address the impact of these cocktails on consumers’ health.

For fifteen years, European legislation[1] has required to address the cumulative and synergistic effects of pesticides in safety assessment as several pesticides are used in agricultural fields and end up as residues in food, yet a protocol to manage mixture risks remains to be developed. “Regulators continue to carry out the safety assessments as if humans were exposed to a single pesticide - which, according to EFSA’s annual report, is not the case” commented Angeliki Lysimachou, Science Policy Officer at PAN Europe. 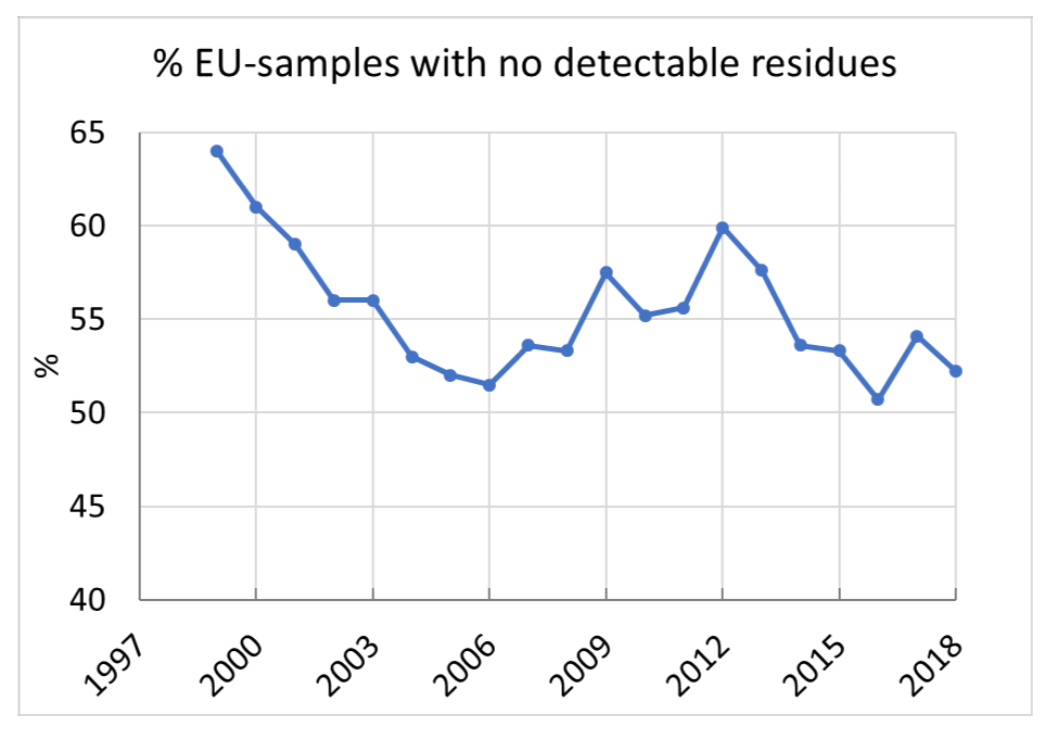 For decades, scientists have been raising the alarm that chemical mixtures may magnify the toxic potential of individual chemical substances alone, including pesticides, making the safety assessment of “one chemical, one assessment” unfit to guarantee consumers’ safety. Furthermore, persistent and highly toxic pesticides (e.g. chlordecone, hexaclorobenzene) that have already been banned continue to be present in our food, establishing a continuous background exposure level to toxic chemicals and making the public more vulnerable to additional exposures.

Consumption of food high in pesticide residues has been linked to reduced fertility rates in women and sperm quality in men. Moreover, some of the pesticides found in EU food have endocrine disrupting properties and should be banned according to EU law[2]. For example, Boscalid, an endocrine disrupting fungicide according to the Commission’s 2016 impact assessment, is among the top 5 synthetic pesticides detected. Dithiocarbamates, the group of highly toxic fungicides (including the identified endocrine disruptor Mancozeb, which is still on the market), are also at the top of the list. Glyphosate, the active ingredient of Bayer-Monsanto’s Roundup which is classified as a probable carcinogen by the International Agency for Research on Cancer, was most often detected in lentils (27%), beans (18%) and rice (12.7%), and exceeded the safety limits in honey. 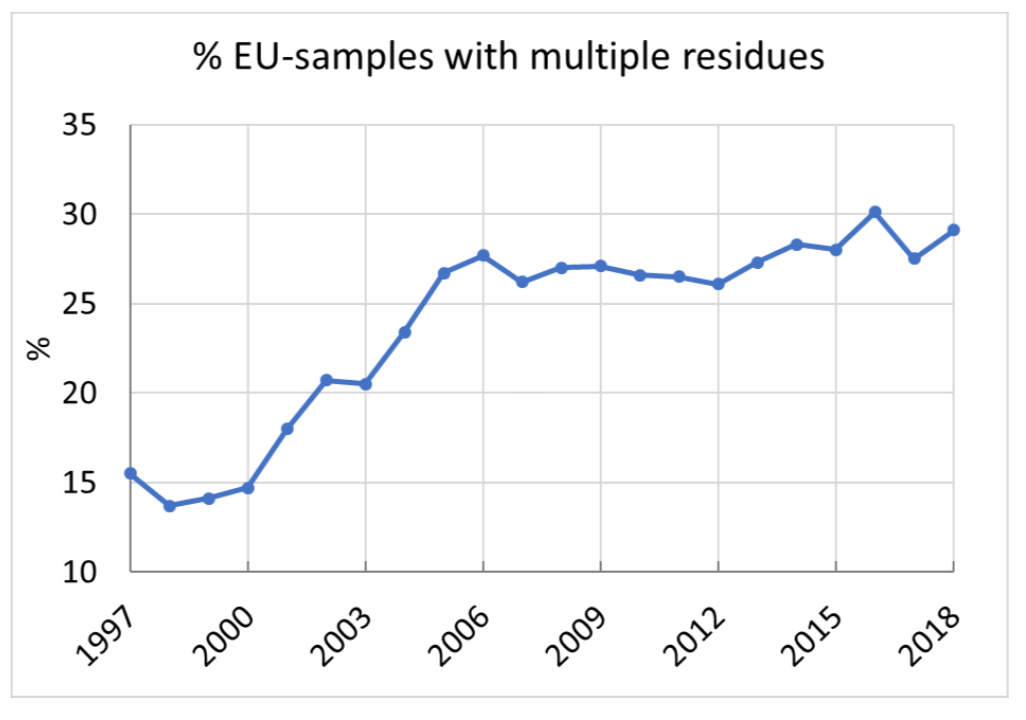 Lysimachou added: “In a time where reducing pesticide dependency is a political priority, regulators have to stop pretending that pesticide cocktails are safe. An additional safety factor for mixtures must urgently be placed in the pesticide safety assessment, which will inevitably reduce what levels of pesticide residues in food are considered safe”.