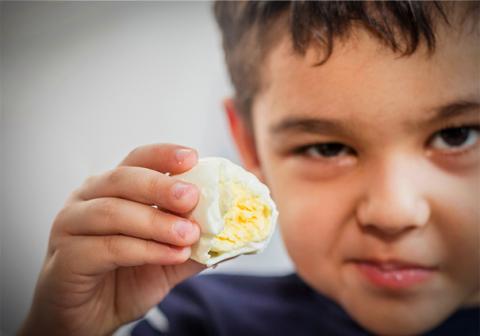 A new review of data from Asia, Africa, Europe, and North and South America has found that cancer-causing dioxins and polychlorinated biphenyls (PCBs), unintentionally produced chemicals regulated in developed countries since the 1990s and internationally since 2004, continue to poison the food supply, at concentrations that pose serious health threats. The peer-reviewed analysis published in the journal Emerging Contaminants found that in nearly 90% of the areas studied, levels of dioxins and dioxin-like PCBs in free-range eggs exceed EU regulatory food limits.

The highest dioxin-contaminated eggs were found near an e-waste site in Agbogbloshie, Ghana. A child eating one egg from this site would ingest more dioxins than the European Food Safety Authority (EFSA) considers a “tolerable intake” for 5 years.

Dioxins (polychlorinated dibenzo-p-dioxins and furans, or PCDD/Fs) are among the most toxic substances known and can cause cancer. They are unintentionally released by certain chemical industries, by burning of waste, in metal production and by other industrial processes. PCBs are also carcinogenic to humans and 1.3 million tonnes were used over decades in electrical equipment, in buildings, and for industrial applications resulting in global contamination. PCBs are also formed unintentionally in the same processes as dioxins. Both groups of chemicals were among the original “dirty dozen” substances banned and/or regulated globally under the Stockholm Convention since 2004.

Yet the new study shows that, nearly two decades later, dioxins and dioxin-like PCBs remain an environmental health threat around the world. Dioxins and PCBs are persistent organic pollutants (POPs) that are long-lasting, accumulate in living organisms, create widespread pollution throughout the global environment, and are known to cause serious environmental and health problems.

“The toxic legacy of dioxins and PCBs continues to put our children and families at risk,” said Dr. Jindrich Petrlik, IPEN advisor on dioxins and waste, Program Director for Arnika and lead author of the study. “We urgently need stronger low POPs content levels in waste and stronger implementation of the Stockholm Convention to protect our health and the environment from these long-lasting chemical threats.”

Dr. Roland Weber the corresponding author of the study and a consultant to UN agencies for the implementation of the Stockholm Convention stressed that “This review of the IPEN egg studies and also the reviewed scientific literature highlight that we need a systematic assessment of chicken eggs and other free range livestock around these emission sources, and shows the need to reduce human exposures from sites which have been contaminated with POPs and other persistent pollutants”.

Eggs are often locally produced in developing countries and are an important food source as they are inexpensive and highly nutritious. Eggs are also a major pathway for human exposure to toxic chemicals from soils and are sensitive biomarkers of environmental contamination of soils.

In addition to the industrial sites, contaminated eggs were found at many sites where plastic was incinerated. Ash from incineration or metallurgy is a common source of soil contamination, yet current standards under the Basel Convention for “low limits” of POPs allow extremely high concentrations of dioxins. According to the study authors, under the current standard a single kilogram of ash is allowed to contain dioxin at a level that would make 7,000 kilograms (7 tonnes) of soil unfit for producing eggs from free-range chickens. They also highlight that considering the tolerable intake of EFSA, the annual amount of dioxins in waste incineration ash exceeds the tolerable intake for dioxins for the entire human population by up to 133 time. This ash is often disposed of into the environment with access to chicken and other livestock.

This week, the Plastics Treaty negotiations met in Senegal and beginning on June 6, the parties to Stockholm and Basel Conventions will meet in Geneva and can there adopt stricter limits for dioxins and dioxin-like PCBs in wastes. Arnika and IPEN support the proposal from a group of 53 African countries to set more reasonable low POPs content levels (LPCLs) for dioxins in waste. The Stockholm Convention has also set a goal of phasing out all uses of PCBs by 2025 and identifying and disposing of PCBs globally by 2028, though estimates suggest that millions of tonnes of PCB-contaminated oil and equipment have still not been eliminated.

A recent study stressed that global chemical contamination has transgressed the “planetary boundaries” for pollution and pointed to the global contamination from plastics production and disposal. The review on global egg pollution with the manifold exceedance of the tolerable daily intake from egg consumption is one very practical and figurative illustration of this global pollution. The review states how environmental pollution comes back to humans in food and that POPs releases from burning of plastic waste have a relevant and increasing impact.

“The upcoming negotiations in Geneva and the Plastics Treaty present important opportunities for the world to take action for the protection of our health and our planet,” said Petrlik. “The LPCLs proposal from the African countries should be adopted and we must develop a Plastics Treaty that promotes innovation for safer materials and provides pathways to urgently eliminate production of plastics that contain toxic chemicals.”

Some other recommendations from the study include:

Related Items:
Toward a Plastics Treaty
Low POPs Content Level Must Be Low