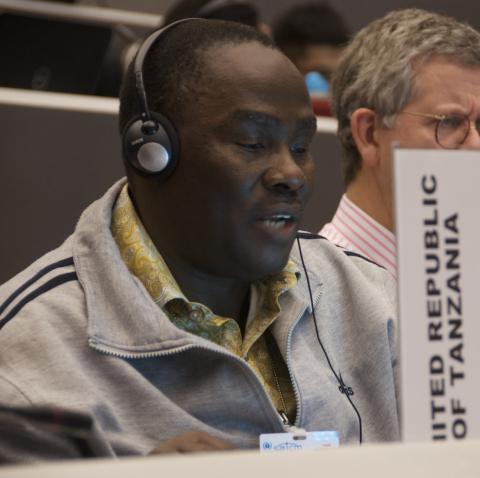 Governments from all Regions of the World Urge Progressive Phase-Out

(Geneva) International delegates at a global forum set up to achieve sound management of chemicals worldwide, have agreed to address the problem of highly hazardous chemicals (HHPs). This action comes nearly thirty years after the role of pesticides in widespread sickness and death throughout the developing world was first revealed.

“These pesticides have caused millions of deaths worldwide and cause serious harm to farm animals, wildlife and the environment. Decades of experience has shown that, despite numerous ‘safe use’ programs, the ‘safe use’ of HHPs is not possible. We are extremely pleased to see the world community finally taking control of these substances seriously,” said Meriel Watts, Pesticide Action Network (PAN).

Creation of a Global Alliance to Phase-Out Highly Hazardous Pesticides was strongly recommended by the African delegation at the meeting, which was held in Geneva to prepare for the next International Conference on Chemicals Management (ICCM) meeting, to be held in Geneva in 2015.

“African countries are currently bearing undue health and environmental burdens associated with the continued and increasing importation and use of highly hazardous pesticides. These burdens are disproportionately borne by vulnerable populations in our countries, such as women, children, the poor, the malnourished, immune compromised populations, which in turn negatively impacts on social and economic development,” said Jamidu Katima, SAICM regional focal point for Africa.

The African proposal was strongly supported by Arabic countries and the Latin American and Caribbean Region and was supported from the floor by numerous governments. The only opposition to the measure came from a pesticide industry coalition organization. A letter to delegates signed by 173 NGOs also called for an HHP phase out. In response to these recommendations, the World Health Organization (WHO), the United National Food and Agricultural Organization (FAO) and United Nations Environment Programme (UNEP) agreed to jointly facilitate a multi-stakeholder process to consider this and other proposals on the phase-out of highly hazardous pesticides to be submitted to the Geneva meeting next year.

“This meeting saw an avalanche of support for the Global Alliance to Phase Out Highly Hazardous Pesticides. This is not surprising given that pesticides represent the largest chemical exposure in many developing countries,” said Joe DiGangi, senior science and technical advisor for IPEN. “A phase-out is entirely consistent with binding international regulations dealing with pesticides and the goals of the SAICM agreement.”

Highly hazardous pesticides as defined in the Code of Conduct on Pesticide Management adopted by FAO and WHO are “pesticides that are acknowledged to present particularly high levels of acute or chronic hazards to health or environment according to internationally accepted classification systems such as WHO or GHS or their listing in relevant binding international agreements or conventions. In addition, pesticides that appear to cause severe or irreversible harm to health or the environment under conditions of use in a country may be considered to be and treated as highly hazardous.”

ICCM was established in 2006, where it adopted SAICM, a policy and strategy aimed to achieve sound management of chemicals throughout their whole lifecycle in order to protect human health and ecosystems. Though not a legally binding treaty, SAICM is a global political commitment to chemical safety by government ministers, chemical and pesticide manufacturers, and civil society organizations.

PAN is a network of over 600 nongovernment organizations, institutions and individuals in 90 countries working to replace the use of hazardous pesticides with ecologically sound and socially just alternatives.

IPEN is a global network of 700 non-government organizations working in more than 100 developing countries and countries with economies in transition to establish and implement safe chemicals policies and practices.