(Quezon City) Environmental and health groups lauded the Food and Drug Administration (FDA) for issuing a circular prohibiting the manufacture, importation and distribution of baby feeding bottles and sippy cups containing Bisphenol A (BPA), an industrial chemical that is commonly used in polycarbonate plastic.

The EcoWaste Coalition (a group that envisions a zero waste and toxics-free society) and Arugaan (a group that seeks to protect, promote and support breastfeeding) jointly commended the FDA for promulgating the BPA ban on August 9, 2019 after a long wait.

To recall, the EcoWaste Coalition and Arugaan, with support from over 70 civil society organizations formally petitioned the DOH in 2013 and 2014 to impose a ban on BPA in baby feeding bottles and sippy cups in light of global trends in BPA regulatory policy. The groups have since then pressed DOH and FDA officials to take action against BPA for children’s health and safety.

“The promulgation of this public health policy, which has been pending since 2013, is a pollution prevention measure that will help in reducing our children’s exposure to BPA, a substance of very high concern that interferes with normal endocrine function and with normal reproduction,” said Thony Dizon, Chemical Safety Campaigner, EcoWaste Coalition.

“The BPA ban, if effectively enforced, will protect the most vulnerable members of our society, the children, from this hidden toxin in polycarbonate plastic feeding bottles and cups. Studies have indicated that BPA can leach, get into the food, and ultimately add to the synthetic chemicals contaminating our bodies,” said Ines Fernandez, Executive Director, Arugaan.

Both groups vow to assist the health authorities in promoting awareness and compliance to the BPA ban, while promoting collective actions to safeguard, advocate for and support breastfeeding, and to reduce chemical and waste pollution of our communities.

According to the FDA, “relevant epidemiological studies have shown that BPA affect the development of the nervous, immune and reproductive system and considered as endocrine disruptors which can alter the hormonal system of the human body. Extensive use of BPA in manufacturing products that come in contact with food increases the risk of exposure to this compound, mainly through the digestive tract.”

The said FDA Circular will apply to “infant feeding bottles and sippy cups as child care article products containing BPA and the establishments that are engaged in the manufacture, importation, exportation, sale, offer for sale, distribution, donation, transfer, and where applicable, the use, testing, promotion, advertising, or sponsorship of any child care articles containing BPA.”

Any establishment found to be in violation of the provisions of the said FDA Circular will be subjected to sanctions and penalties as prescribed under RA 9711 and its IRR.

The said circular will take effect 30 days after its publication in two newspapers of general circulation and its submission to the Office of the National Administrative Register at UP Law Center. 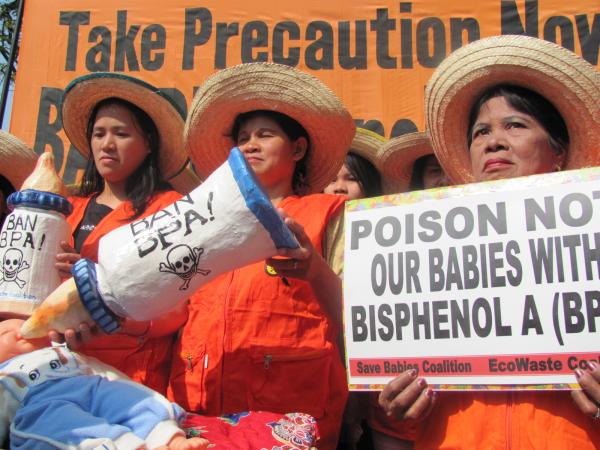