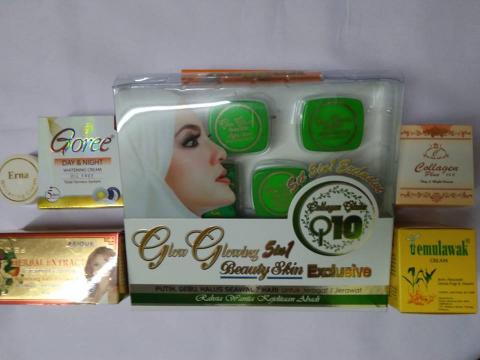 In celebration of the International Women’s Day (March 8), an environmental group warned the public anew on the health hazards posed by mercury-laced skin whitening cosmetics used mostly by women.

EcoWaste Coalition called on the concerned government authorities to put an end to the “unabated sale of skin whitening cosmetics contaminated with mercury’’ that even put the child in the mother’s womb in grave danger.

The Quezon City-based toxic watchdog had reiterated its threat not only on women but also on children’s health which it claimed as most vulnerable when exposed to these hazards.

“Current efforts have not, however, been adequate to put an end to the continued proliferation of such dangerous products in the market. FDA-banned products like Jiaoli and S’Zitang from China are still being sold with impunity,” he added.

As the world marks this special day for women, Dizon urged government authorities to “strengthen their collaboration to stop this unlawful trade.”.

Dizon said this can be resolved mainly “through vigorous and sustained law enforcement actions that will protect our women and children, including the unborn, from the harmful effects of mercury exposure.”

As prevailing laws and regulations that include fines and penalties for non-compliance, Dizon noted these are “insufficient to stop the sale of these dangerous products.”

“We urge aspiring senators and district representatives to craft a special law on adulterated and counterfeit cosmetics like what Congress did to curb the spread of spurious medicines,” Dizon urged.

Dizon also batted for the stiffest sanctions against “erring importers, manufacturers, distributors, and retailers’’ insisting they must be “held accountable and brought before the bar to show zero tolerance for such illicit act.”

The group said mercury in skin whitening products inhibits the production of melanin pigment leading to a “fairer” skin tone.

However, EcoWaste Coalition said mercury can damage the nervous, immune, and renal systems and also cause skin discoloration, rashes, and scarring, as well as reduce dermal resistance to bacterial and fungal infections.

“Mercury can also affect the endocrine and reproductive systems. Studies have shown that increased mercury levels in the body have been linked with hormonal and menstrual disorders, infertility, and miscarriage,” EcoWaste Coalition said.

Expressing his frustration, Dizon said “babies in the womb are not spared as mercury can cross the placenta during pregnancy and affect the developing brain and nervous system causing cognitive development problems.”

According to the report, “Mercury in Women of Child-Bearing Age in 25 Countries published by the Biodiversity Research Institute and IPEN, a global NGO network for a toxics-free future that includes the EcoWaste Coalition, “the harmful effects that can be passed from the mother to the fetus when the mother’s mercury levels exceed 1 ppm include neurological impairment, IQ loss, and damage to the kidneys and cardiovascular system.

Information from the World Health Organization indicated that “mercury in soaps, creams, and other cosmetic products is eventually discharged into wastewater.”

“The mercury then enters the environment, where it becomes methylated and enters the food-chain as the highly toxic methylmercury in fish,” the report added.

To protect consumers against mercury in some skin whitening cosmetics, EcoWaste Coalition urged Filipinos, especially women and girls, “to take pride in our natural skin complexion.”

“There is beauty and dignity in our ‘kayumangging kaligatan,’ so refrain from using skin bleaching, lightening or whitening products, particularly cosmetics that have not gone through formal notification or registration with the FDA and not guaranteed safe from mercury, hydroquinone, and other harmful substances,” the EcoWaste Coalition said.

The group also advised consumers to insist on their right to product information, including chemical ingredients comprising a product, and to reject products with zero or incomplete label or with non-English labeling information unless English translation is provided.