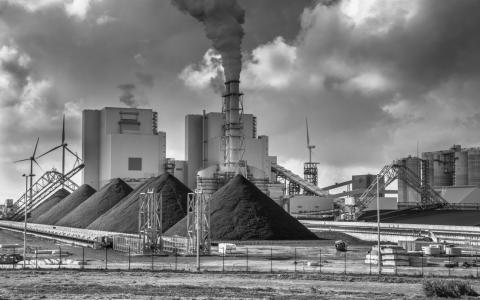 Gothenburg, Prague, Brussels The European Parliament yesterday proposed a significant reduction in the concentrations of dangerous chemicals known as persistent organic pollutants (POPs allowed in waste, to stop these chemicals from spreading across the globe via recycled materials and harming human health and the environment. Even in very small doses, POPs can disrupt the bodies’ natural hormones and effect fertility, damage the nervous system, and hinder brain development. Some are also linked to cancer, coronary heart disease and heart attacks.

Environmental and health organizations, including IPEN and Arnika, have long called for stricter limits on POPs in waste and other standards to reduce the impact of these substances on human health. Recent IPEN and Arnika reports have documented the presence of POPs in consumer goods made from recycled plastics, as well as in soil, eggs, and fish, demonstrating the transmission of the dangerous chemicals in food to the human body.

“Stricter limits open the door to restrict the export of toxic waste with a higher content of POPs to developing countries. While this proposal from Parliament is welcome, unfortunately, some EU member states are proposing less protective limits, which is bad news for the health of Europeans and also the world. We expect this proposal by Parliament will persuade Member States to make our health the priority in the forthcoming negotiations,” said Jindřich Petrlík, IPEN advisor for dioxins and waste and head of the Arnika – Toxic and Waste Programme.

The European Parliament's move is crucial, as in the past, often banned substances have returned to circulation, for example by recycling plastics from scrap metal or car wrecks. The European Commission's original proposal would have allowed excessive levels of dioxins in waste, opening up the possibility of using toxic waste materials such as waste incineration fly ash. These could then continue to be used in some EU countries as a material in road construction, to cover landfills, or even as an additive in cement production.

The limits proposed by the European Parliament would also help to reduce the presence of toxic substances in the recycled materials to which users are unfortunately exposed today.

"Setting strict limits will reduce the health costs of these substances in the future, which are worth billions of euros a year in EU countries," said MEP Martin Hojsík and rapporteur for the amendment to European legislation at a February seminar in the European Parliament, which was initiated by the international IPEN network and the Arnika association. According to Hojsík, “Health protection must be a priority.” The amendment that the rapporteur proposes has a clear goal: less toxic substances in the waste that is recycled, and therefore better health protection. In this way, people could stop worrying about being exposed to hazardous substances by using recycled products. "At the same time, the European Parliament is trying to enforce rules banning the export of toxic and plastic waste to countries outside the OECD," he added.

The only political group that proposed even lighter limits was the group of European Conservatives and Reformists, namely ODS (Czech Civic Democratic Party) MEP Alexandr Vondra, who has long rejected EU proposals for stricter legislation on human health and the environment.