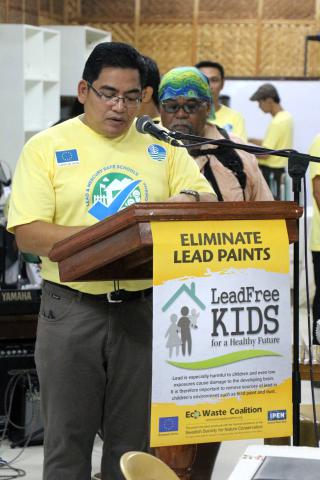 IPEN Co-Chair and EcoWaste Coalition Board Member Manny Calonzo speaks at the event.

A successful event promoting a safe school environment that will prevent and reduce childhood lead and mercury exposure was recently held in the Philippines. The event, organized by IPEN Participating Organization EcoWaste Coalition, the European Union and the Philippines Department of Environment and Natural Resources (DENR), saw 200 people in attendance, including H.E. European Union Ambassador Guy Ledoux and DENR Secretary Ramon J.P. Paje.

The event was held not only to raise awareness, but also to laud the Chemical Control Order to ban lead in paint that was passed in the Philippines in January, as well as the Philippines' recent signing of the new, international Mercury Treaty.

It was held at the Commonwealth Elementary School in Quezon City, a public school that was proclaimed regional champion for the DENR’s Search for Sustainable and Eco-Friendly Schools in 2013.

Also present at the event were representatives from the Philippine Association of Paint Manufacturers, Pacific Paints (Boysen) Philippines, Inc., the country’s largest paint manufacturer, the Department of Education, and the Environmental Management Bureau.

The school’s drum and lyre band played upbeat music to welcome the guests, while another group presented a folk dance number. All the speeches throughout the event delved into the importance of protecting the child’s brain from being exposed to lead and mercury, with Dr. Irma Makalinao, a pediatrician, toxicologist and educator, emphatically explaining the special vulnerability of growing kids and the need for schools to provide them with a safe and nurturing environment. 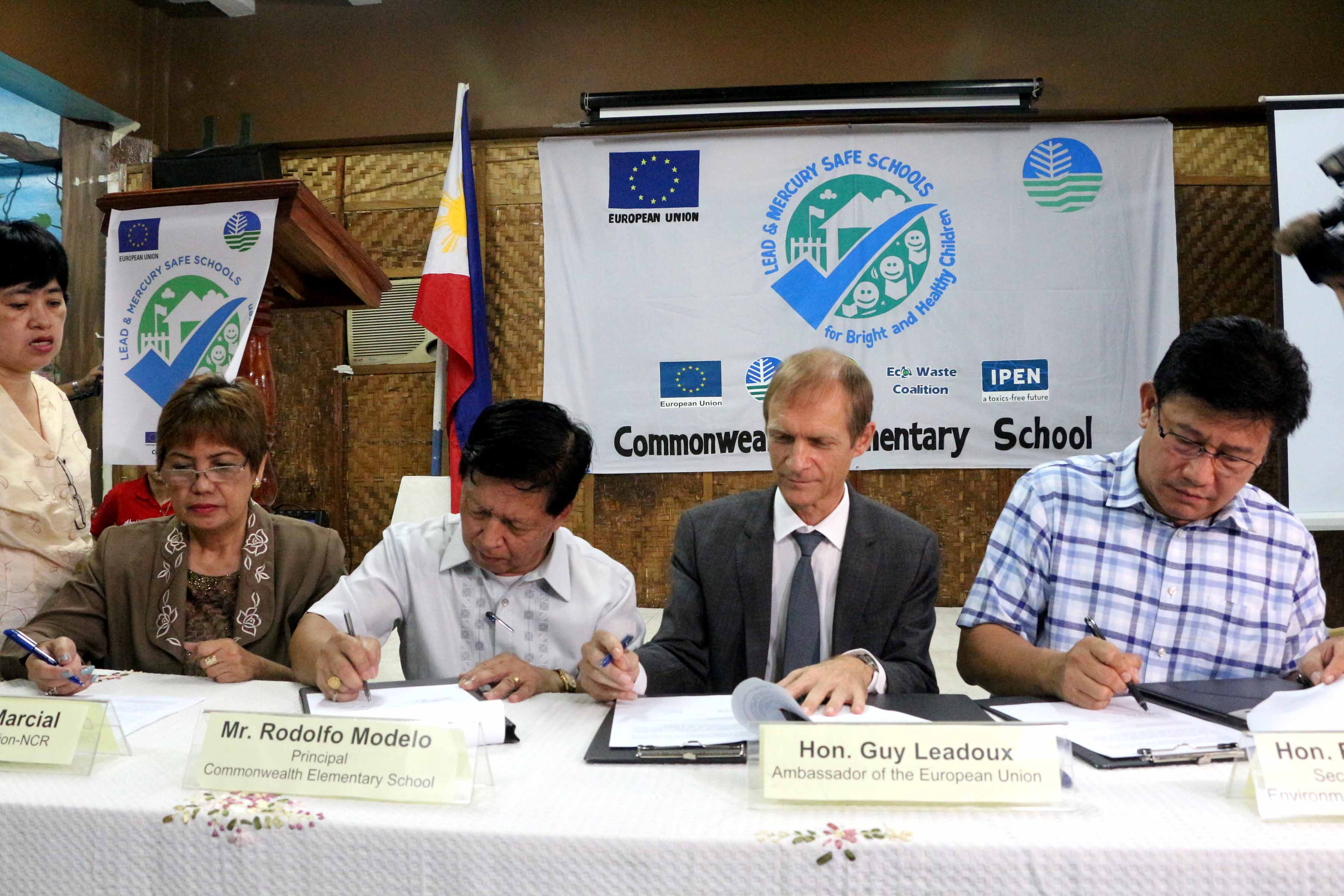 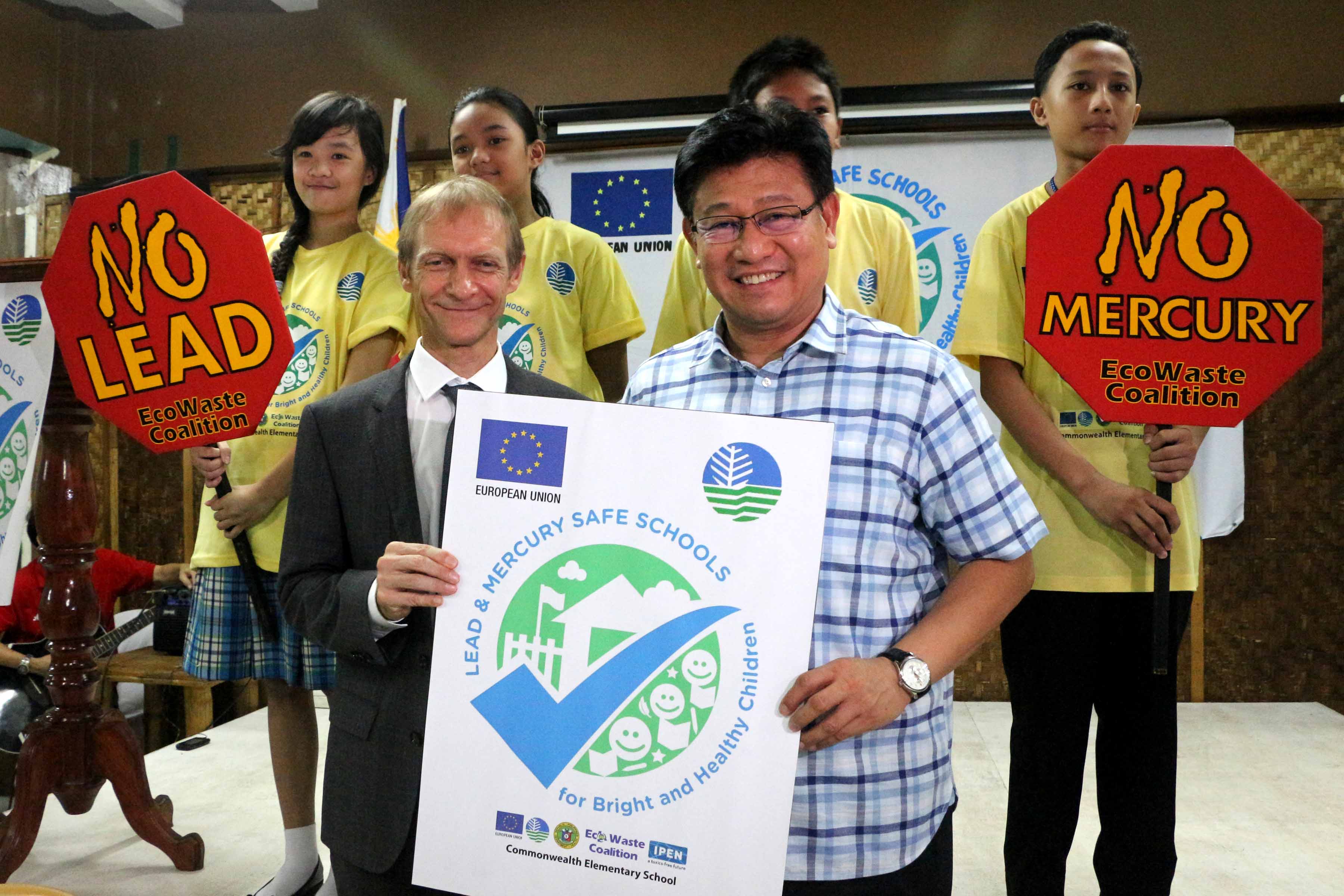