High Levels of Dioxins Found in Children’s Toys and Other Products Made of Recycled Plastics Found in Argentina, Brazil, Cambodia, Canada, the EU, India, Japan and Nigeria 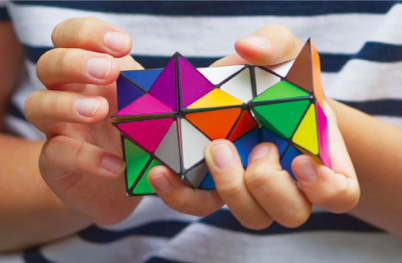 Göteborg, Sweden Alarming levels of some of the most toxic chemicals, including brominated dioxins and brominated flame retardants, were found in consumer products made of recycled plastics sold in Argentina, Brazil, Cambodia, Canada, the EU, India, Japan and Nigeria. Dioxins were measured in children’s toys and hair accessories at levels comparable to those found in hazardous wastes, including the ash from waste incinerators. The results are being released as global decision makers meet this week at the joint Basel, Rotterdam, Stockholm Convention to consider proposals to strengthen global policies for POPs and waste.

Brominated dioxins are highly hazardous chemicals that are known to affect brain development, damage the immune system and unborn children, increase the risk of cancer and risk disruption of thyroid function. They are formed unintentionally during production of brominated flame retardants. In addition, when plastics with brominated flame retardants are recycled and heated to re-form new plastic products, additional brominated and chlorinated dioxins are formed.

Dioxin and PBDE levels were found in all of the items sampled, and half of the products exceeded the proposed chlorinated dioxin hazardous waste limit.[1] More than half of the analyzed products made of recycled plastic measured levels of PBDEs that meet current regulatory proposals of 1,000 ppm PBDEs, and these products that are within the weak regulation for PBDE contained 730 - 3,800 pg WHO-TEQ/gof brominated dioxins. Dioxins are extremely toxic in very small amounts. Levels of concern for dioxin substances are identified in the tenths of pictograms. The very high levels of dioxins measures signals that weak regulation of PBDEs can pose potential harms, not only from PBDEs, but also from PBDD/Fs.

Environmental health advocates point to two relevant policies that can keep these deathly toxic chemicals out of new products. Brazil, Canada, Cambodia, and Japan, along with the EU, have all received recycling exemptions from the global PBDE ban that allow them to permit PBDE contaminated plastics into recycling.

Stronger controls for POPs waste can be achieved through stricter limits set for hazardous waste known as Low POP Content Level (LPCL). How these numbers are set determines whether waste that contains banned chemicals is sequestered and destroyed, is allowed to be put into landfill or incinerators, or is recycled or shipped to poorer countries. However, if controls are weak, if LPCLs are high and allow greater amounts of waste materials containing POPs, the result is that POPs chemicals are not only contaminating products made from toxic recycled feedstock, but dioxin contamination is also increasing.

“Chlorinated dioxins are infamous for causing severe public health impacts that still continue today, such as the dioxin contamination from the use of Agent Orange,” commented IPEN Science and Technical Advisor, Joe DiGangi.“Brominated dioxins are as toxic as their chlorinated cousins and they clearly should not be present in any consumer product—especially not in children’s products.”

“Substances that are identified as POPs are toxic forever. POPs materials should be identified and destroyed, not allowed to circulate back into the economy to do further damage,” says Jindrich Petrlik from Arnika, and co-chair of IPEN’s Dioxin Working Group. “If someone snuck hazardous waste into a child’s toy, they would be charged with child endangerment or worse. But our current policies, the recycling exemption for PBDEs and the very weak limits we currently have for POPs in waste, do exactly this. We are allowing haz mat to be molded into toys. Stricter controls to keeps POPs out of consumer goods are a moral imperative.”

The recycling exemption impacts not only environmental health of the populations within the countries, but impacts people living in developing countries where much of the waste ends up.

To provide more protective regulations, the researchers recommend the following:

Editors and journalist are encouraged to contact LauraVyda@ipen.org, +1 510-387-1739, to arrange interviews with the lead authors and for further information.

IPEN is a global network of public interest non-governmental organizations (NGOs) forging a toxics-free future. IPEN is comprised of over 550 NGOs in more than 118 countries. Together we work to ensure that toxic chemicals and metals are no longer produced, used, or disposed of in ways that harm human health and the environment. IPEN and its Participating Organizations have become a leading force in chemicals and waste regulation and are catalyzing an international movement to promote chemicals without harm and an end to the production of the world’s most hazardous substances.

Arnika Association is a Czech non-governmental organization established in 2001. Its mission is to protect nature and a healthy environment for future generations both at home and abroad. Since its beginnings, Arnika has worked on protection of consumers from chemically hazardous products. Lately, Arnika has been conducting its own research focusing on toxic chemicals in consumer products, mainly toys and child care products. Arnika serves as the Regional Hub for Central and Eastern Europe for IPEN.

[1]African countries proposed limit of 1 ng TEQ/g for chlorinated dioxins in waste to be established as limit that defines the POPs waste according Article 6 of the Stockholm Convention.