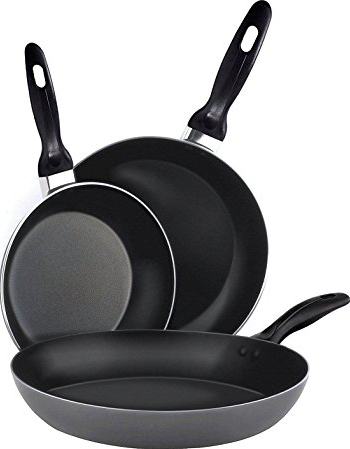 (Rome, Italy) A UN technical committee has determined that Dicofol, an outdated DDT-contaminated pesticide should be eliminated globally under the Stockholm Convention, an international treaty that bans the world’s most hazardous chemical pollutants.

The week-long meeting of the Stockholm Convention’s expert committee was held from 17-20th October 2017 and attended by many industry associations and companies involved in the production and use of fluorinated chemicals.

In Rome, the expert committee tackled a recommendation for adding PFOA to the treaty, including possible exemptions for continued uses. PFOA is known as the ‘Teflon chemical’ or C8 and has widely polluted drinking water throughout the world. The Committee began evaluation of the industry’s fluorinated substitute, PFHxS, which has been widely used as an alternative for PFOS.

Industry Warns of PFOA Dangers but Demands Continued Use

The Stockholm Convention expert committee considered the uses and alternatives to PFOA to determine how to add it to the treaty. PFOA has been used not only to make non-stick cookware, but also for the manufacture of semi- conductors, textiles such as Goretex, photographic paper, medical devices, firefighting foams and even in ski waxes. Last year, the Committee concluded that PFOA was linked to, “high cholesterol, ulcerative colitis, thyroid disease, testicular cancer, kidney cancer and pregnancy-induced hypertension” and “presumed to be an immune hazard to humans.” The Committee experts also concluded that PFOA does not degrade in the environment, is transported over long distances, and biomagnifies in animals, threatening the food chain, and noted that, “a ‘safe’ concentration in the environment cannot be established.”

The FluoroCouncil, representing numerous companies that make and use PFOA, gave a dire warning that firefighting foams containing PFOA or any other fluorinated chemical should never be used for training purposes due to the risk of contamination. Despite this warning, the expert committee failed to recommend stopping the use of PFOA-containing firefighting foams and delayed action until next year. As reported in the Guardian, Patrick Breysse, director of the National Centre for Environmental Health at the US Centers for Disease Control, described the fluorinated chemicals in firefighting foam as “one of the most seminal public health challenges for the next decades.” In the US alone, Breysse said, “we think that hundreds of millions of Americans will be drinking water with levels of these chemicals above levels of concern.”

“Around the world, PFOA has contaminated the drinking water of millions of people. As a result, thousands of residents, including their children, have very high PFOA levels that pose lifelong threats to health and well-being. Farmers are unable to sell their produce, fishermen have lost their livelihoods, and the cost to communities has been even greater with even very young people suffering from testicular cancer, thyroid cancer, and kidney cancer,” said Dr. Mariann Lloyd-Smith, Senior Advisor, IPEN and National Toxics Network. “In response to this pollution crisis, the committee delayed action. That’s totally unacceptable.”

Many industry groups demanded time-unlimited exemptions for continuing PFOA use. The expert committee recommended ending several uses within 5 years, but delayed action on the majority of industry requests. Prior to the meeting, IPEN joined with many other public interest organization is raising concerns about conflict of interest in the PFOA evaluation process, which was overseen by the industry consultant BiPro, whose clients include companies who make or use fluorinated compounds, including PFOA.

Perfluorohexane sulfonate (PFHxS) is used in textiles, carpet protectors, leather, papermaking, pesticides, electroplating, oilfield, firefighting foams, photosensitive material and some synthetic materials. It has also been found in printing inks, sealants, electronic toys bought in Sweden and in non-stick cookware. PFHxS is extremely persistent, does not break down in the environment, and stays in the human body far longer than PFOS and PFOA. It is found in blood, breast milk and umbilical cord blood. PFHxS has been detected in air, soil, sewage sludge and in many species, including in polar cod, glaucous gull, ringed seals and polar bears in the Arctic. The industry urged using PFHxS in place of PFOS.

“The industry replaced one bad chemical, PFOS, with another bad chemical, PFHxS,” said Ms. Pamela Miller, IPEN Co-Chair and a principal investigator of the National Institutes of Health-funded community-based research project on health effects in Indigenous communities in the Arctic. “That’s cynical self-interest on the part of the industry.  This entire class of fluorinated chemicals is too dangerous to address one at a time and countries should take action to remove all of them.”

Recommendation for a global ban of Dicofol

After a 5-year assessment, the outdated DDT-contaminated pesticide has finally been recommended for a global ban. While many countries had already taken action to rid their agriculture of this old persistent toxic pesticide, some, like Australia, still have many current registrations for its use.

Dicofol is a pesticide that uses DDT in its production and is found in milk, baby formula, eggs, fruits, vegetables, human breast milk, and blood. Dicofol is very toxic to aquatic animals and causes reproductive damage in birds. It is an endocrine disruptor and suspected human carcinogen.

“This long-awaited decision will finally rid the world of one of the last outdated toxic organochlorine pesticides,” said Dr Meriel Watts, Pesticide Action Network. “The recommendations to replace dicofol with ecosystem-based approaches are milestones and signify a paradigm shift in international attitudes towards farming and the management of pests.”

Finally, this year’s Stockholm Convention expert group meeting illustrated how the industry refuses to let go of the toxic chemical PFOA. They demanded numerous exemptions for continued use despite admitting the links between PFOA and serious human health effects such as cancer.

“The industry’s formula included vague descriptions, claims of minimal harm, and dire warnings of financial hardship,” said Joseph DiGangi, IPEN Senior Science and Technical Advisor. “The expert committee should prioritize the Convention’s objective of protecting human health and the environment and not the narrow financial interests of multi-national companies.”

The Persistent Organic Pollutants Review Committee (POPRC) is a subsidiary body to the Stockholm Convention established for reviewing chemicals proposed for listing under the Treaty. The POPRC conducts a review process for proposed chemicals and makes critical decisions on whether chemicals are likely, as a result of their long-range environmental transport, to lead to significant adverse human health and/or environmental effects such that global action is warranted. If global action is warranted, the POPRC conducts an in-depth review of the chemical. Following this review, the POPRC then makes recommendations to the Conference of the Parties for the listing of new chemicals. Members of the POPRC are government-designated experts in chemical assessment or management.

IPEN is an international NGO comprised of over 500 organizations in 116 countries that work to reduce and eliminate hazardous, toxic substances internationally and within their own countries. IPEN has been actively involved in the POPRC process for thirteen years.