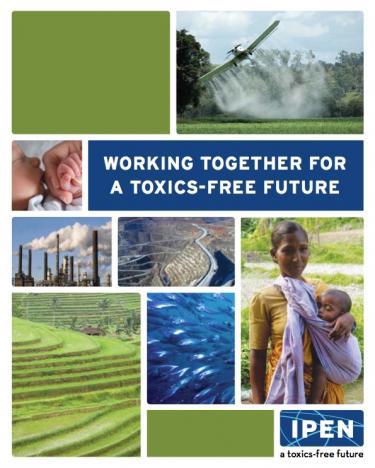 The global toxic threat is largely underestimated by many politicians and governments, despite it being a unique issue in that often one can point directly to those responsible for the pollution, degradation of the environment and the declining of human health. In 2001, Klaus Toepfer, then the Executive Director of UNEP, warned that basic human rights to life and health are ‘threatened by exposures to toxic chemicals, hazardous wastes, and contaminated drinking water and food.'

Over the last 20 years, the serious and deadly threats posed by toxic chemicals have drastically increased, revealing new challenges that must be urgently addressed. Despite this situation no new actions were agreed upon on sound chemicals management at the Rio+20 Summit in 2012 to ensure our children are not exposed to poisonous toxic chemicals before they are even born.

IPEN (the International POPs Elimination Network) has been involved in issues of chemical safety since 1998, when it was established to take part in the preparatory process of the Stockholm Convention on Persistent Organic Pollutants (POPs), a global treaty aimed at eliminating hazardous chemicals. We work at both the international and national levels, as well as with communities and people directly affected by toxic chemicals. Building on lessons learned from the negotiations and implementation of the Stockholm Convention, IPEN has moved to the work on a broader strategy, which consolidates international and national activities on POPs, heavy metals, including mercury, endocrine disrupting chemicals and nanotechnology. IPEN now addresses pollution sources such as industrial emissions and releases, waste stockpiles and exposure at the workplace, schools, agricultural areas and at home. Working to implement the major international chemical agreements such as the Strategic Approach to International Chemicals Management (SAICM), IPEN focuses on problems linked to chemicals which can affect hormone functions, cause cancer or birth defects, harm reproduction, and build up or persist in the environment, food chain and our bodies It addresses these problems through campaigning, generating new data, raising awareness, educating and executing projects on the ground.

Chemical contamination jeopardizes our health now and in the future

Chemical contamination of the environment and humans affects the health of present and future generations. The food we eat, the cleaning and personal care products we use, electronic equipment, and even our children's toys contain toxic chemicals which are released into the environment, accumulate in water and soil, pollute air and food, and cause irreversible damage to human health. IPEN's projects in many developing countries and economies in transition have revealed severe health effects including birth defects, cancers and heart diseases in people living in the vicinity of pollution sources like coal power stations, chlor-alkali facilities, landfills and others.

IPEN's recent Global Fish and Community Mercury Monitoring Project added its voice to the growing scientific evidence of the harm caused by mercury in seafood affected many communities dependent on fish as their sole source of protein. Mercury monitoring information generated through the project confirmed high concentrations of mercury in both fish and seafood as well as in hair samples collected. In the majority of cases it was possible to identify concrete sources of contamination.

Over the last 20 years, the serious and deadly threats posed by toxic chemicals have drastically increased, revealing new challenges that must be urgently addressed.

These new challenges include the mercury pollution caused by artisanal small scale gold mining (ASGM). Some argue that ASGM helps people to sustain their livelihoods, but the practice also causes 80% of all human mercury poisoning. Yuyun Ismawati, IPEN ASGM Lead, works to highlight environmental and health problems associated with ASGM at the global level and nationally, in her own country of Indonesia. Her hard work was recently recognized by the Government of Indonesia for her research in ASGM communities in the rural areas of Indonesia.

Another example of emerging environmental and health challenges directly linked to exposure to toxic chemicals is hydraulic fracturing that results in the intentional release of vast quantities of unassessed industrial chemicals into waterways, aquifers and airsheds. National Toxic Link (NTN), an IPEN participating organization from Australia, has raised concerns over water and air contamination, chemical impacts and the carbon footprint while addressing the environmental impact of hydraulic fracturing. In New South Wales, Australia NTN's work has resulted at least in the introduction of 2 kilometre buffer zones around urban areas and critical agricultural infrastructure helping to protect them from the adverse impacts of gas activities.

NGOs are a key partner for change

The time when an industrial activity can be undertaken purely for profit or economic growth has gone. Sustainable futures depend on access to clean water, soil, air, food and products as well as the right to be protected against toxic chemicals. These are basic inalienable human rights for all peoples of the planet and to ensure and protect them is the real challenge for the global community and political leadership.

Non-governmental organisations are part of this political leadership and a driving force for positive changes. IPEN groups are committed to the fight for a life without toxic chemicals, and for the right of all to live in a safe environment. As a global network IPEN succeeds in inspiring people to work for pollution elimination and chemical safety. People around the globe understand our goal and have joined the network to become part of global political leadership that fights for toxic free future for all. 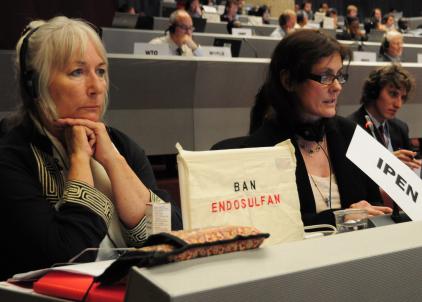