LG Chemical Must Be Held Accountable in India Tragedy 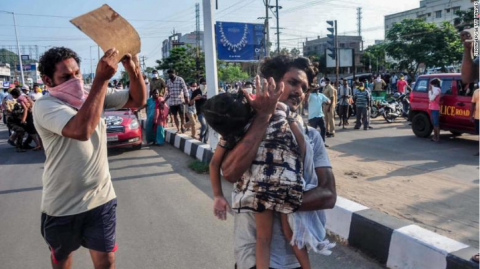 A man carrying an unconscious child runs for help during the evacuation. (CNN)

Polystyrene plastic is familiar to consumers in the form of coffee cups and take-out food containers. However, many people do not realize that the building block of this common plastic – styrene – is a probable human carcinogen with a variety of toxic effects. The recent LG tragedy in India demonstrates the toxicity of polystyrene production on community residents. The parent company and its Indian subsidiary should be held fully accountable and absolute liability should be applied.

Timeline of the LG Tragedy in India

On 7 May 2020, in the early hours of the morning in Vizag, India, LG Polymers, a polystyrene manufacturing plant owned by South Korea’s LG Chemical, released toxic styrene gas into the nearby residential area, killing 12, sending hundreds to the hospital, and causing the anxious evacuation of thousands of people. Government officials have warned residents not to use groundwater or eat perishable foods from the area due to contamination concerns. 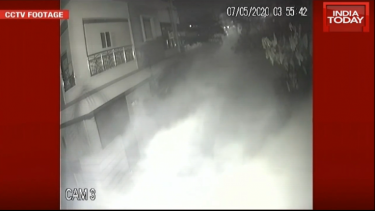 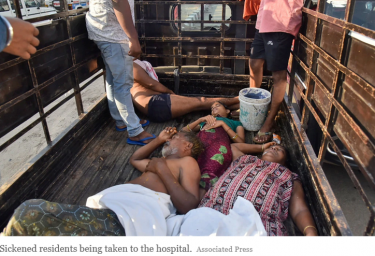 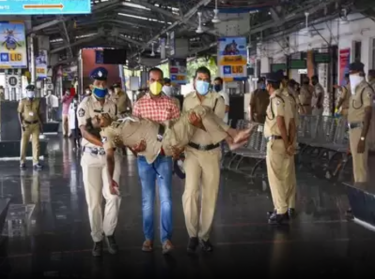 CCTV footage showed thick clouds of gas and people collapsing as they tried to escape.

LG error led to the accident

The Andhra Pradesh Forensic Science Laboratory determined that the styrene storage tank at LG Polymers was not maintained below 20C as required. The tragedy was apparently caused by a temperature surge in a styrene storage tank due to a clogged cooling system. A report written by Sagar Dhara (consultant to UNEP and Government of India) and K Babu Rao (Indian Institute of Technology) noted that if LG had sounded a siren as soon as the temperature begin rising in the tanks, and if the residents were trained in emergency response, “all 12 deaths could have been avoided and injury could have been minimized.” Government officials also noted the absence of a siren and a former employee said that the managing director of the company was aware that it did not work but “laughed it off.” Inspection reports indicate poor maintenance at the factory, including on the tanks holding styrene and pentane, another toxic chemical.

On 8 May, the National Green Tribunal directed LG Polymers to deposit an interim fine of ₹50 crore (~US$6.6 million) due to “damage to life, public health and environment” and formed a committee to investigate the tragedy. Ten days later LG removed all styrene from the plant and shipped it back to South Korea at the request of the Andhra Pradesh State government.

Read IPEN’s summary and analysis of the NGT report

Absolute liability should be applied to LG Chemical

Two types of liability principles have emerged in dealing with corporate accidents: strict liability and absolute liability. Strict liability would hold a company responsible and require compensation, but certain loopholes exist. These include an accident caused by strangers or a natural disaster, among others. In contrast, absolute liability places a duty on the company that no harm will be caused to the community. If harm is caused, then no exceptions can be used by the company and the cause of the accident is not required to establish liability. In other words, the company cannot argue that it took all reasonable precautions and therefore should have reduced liability. In 1990, the Indian Supreme Court affirmed use of absolute liability in the Bhopal disaster-related case of Charan Lal Sahu vs. Union of India. Absolute liability should be fully applied in the LG tragedy to both LG Chemical and LG Polymers, including prosecution of executives, compensation, medical expenses, health surveillance, and remediation, among others.

The 1984 Union Carbide Bhopal disaster also provides an important lesson about holding parent companies liable. Dow Chemical purchased Union Carbide in 1999 but claimed that it did not buy the company’s liabilities resulting from the Bhopal disaster. However, Dow’s subsidiary, Union Carbide, is wanted in India on criminal charges and US investors have expressed concern that Dow did not disclose potential liabilities in the Bhopal case. Dow Chemical refused to clean up the toxic site and the site is still contaminated as the tragedy continues. In the recent LG tragedy, LG Polymers is a subsidiary of LG Chemical – one of the ten largest chemical companies in the world (see below.) Liability for the accident should include both the South Korean parent company and its executives and its Indian subsidiary, LG Polymers.

The UN Special Rapporteur for Toxics, Baskut Tuncak, offered condolences to the victims of the LG tragedy and noted that, “It is yet another preventable disaster within the chemical industry that has caused horrific suffering among innocent workers and local communities in India and is yet another reminder that around the world, mini-Bhopal chemical disasters continue to unfold with shocking regularity.” Tuncak touched on the parallels between the Vizag LG tragedy and the Bhopal disaster and urged Indian and South Korea authorities and implicated businesses, “to avoid the same mistakes and abuse of judicial procedures that have denied justice to the victims of the Bhopal disaster, who are still suffering to this day.” 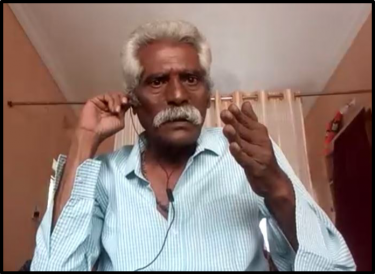 The Asian Network for the Rights of Occupational and Environmental Victims (ANROEV) held a virtual press conference about the LG tragedy on 15 May 2020, calling on the company to take full responsibility for it. The event followed a statement on the tragedy issued on 8 May emphasizing the need for corporate accountability. The press conference included a community member, Mr. Adurthi, who experienced the tragedy and a medical doctor who was still treating people from the accident. Speakers also included a Korean professor of public health, a representative of a public interest NGO organization in Bhopal and Indian occupational health and safety activists.

LG Chemical’s record of accidents and violations in South Korea

LG Chemical is one of the top 10 chemical companies in the world. The company has 11 manufacturing facilities in South Korea and factories in China, India, Poland, USA and Vietnam. Its business areas include petrochemicals (polyolefins, PVC, plasticizers, ABS, rubber, acrylates, SAP, special polymers), batteries (automotive and others), advanced materials (automotive, IT and industrial) and life sciences.

Some examples of the company’s accidents and violations include: