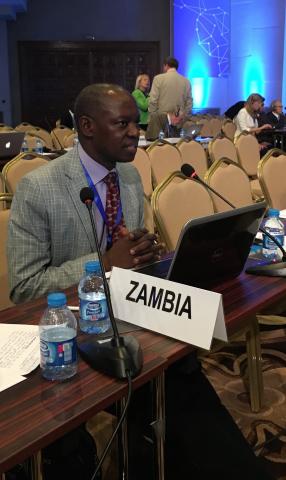 (Dead Sea, Jordan) At the 7th meeting of the Minamata Convention on Mercury, a small group of developed countries opposed prompt creation of guidelines to manage toxic mercury-contaminated sites. Proponents of action expressed concerns over local harm and mercury’s wide ranging impacts as a global pollutant. Fifty-four countries in Africa, 55 countries in Asia-Pacific, and countries in Central and Eastern Europe and Latin America pushed for action. However, the EU blocked consensus on prompt development of guidelines, ensuring years of delay and continuing mercury pollution.

The Minamata Convention is named after one of the worst mercury poisoning disasters in modern history at Minamata Bay in Japan. Thousands of men, women and children were poisoned and a giant contaminated site remained in the Bay.

“It is ironic that delegates could not take prompt action on contaminated sites, considering the sad history embodied in the treaty’s name,” said Lee Bell, IPEN. “Instead of acting to prevent future Minamata tragedies, a small group of countries denied most of the world from getting urgently needed information to identify and cleanup mercury pollution.”

This is the second time the EU has delayed the provision of information to the developing world that would reduce mercury pollution and prevent the exposure of hundreds of thousands of people to toxic mercury. The EU delayed action at the 6th meeting of the Minamata Convention in 2014, and obstructed action at the recent meeting in Jordan.

IPEN is committed to work towards ensuring that toxic metals such as mercury will no longer pollute our local and global environments, and no longer contaminate our communities, our food, our bodies, or the bodies of our children and future generations.

IPEN’s mission is a toxics-free future for all. The IPEN network is comprised of more than 700 public-interest organizations in 116 countries. IPEN leaders include grassroots activists and nationally and internationally recognized experts in the fields of science, health, environment and public policy.