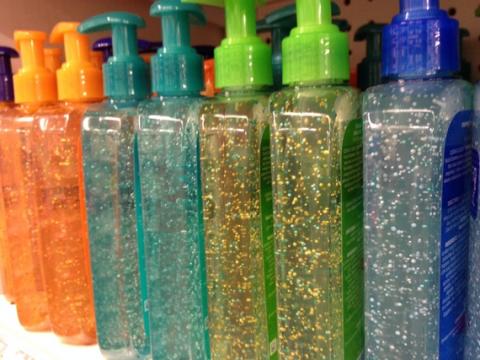 Non-government organizations in Southeast Asia have joined forces to curb a preventable source of plastic pollution of the marine environment: microparticles of plastic, or microplastics, in cosmetics.

Through an online petition at Avaaz, the groups are urging the member countries of the Association of Southeast Asian Nations (ASEAN), a huge market of over 500 million consumers, to prohibit microplastics in the production of personal care and cosmetic products (PCCPs).

The groups directed their call for such a regional ban under the ASEAN Cosmetic Directive ahead of the 26th ASEAN Cosmetic Committee Meeting and related events to be held on May 1-5 in Cambodia.

The groups’ petition builds on a resolution adopted at the second United Nations Environment Assembly in 2016, which states that “the presence of plastic litter and microplastics in the marine environment is a rapidly increasing serious issue of global concern that needs an urgent global response.”

“We expect the 10 member states of the ASEAN to respond positively to our petition towards a ban on microplastics in cosmetics.  Such a regional action will contribute to preventing microplastic pollution of the marine ecosystems, including the transfer of hazardous chemicals that can threaten our health and that of aquatic wildlife,” said Aileen Lucero, National Coordinator, EcoWaste Coalition.

"In addition, the presence of microplastics in the marine food we consume could potentially increase direct exposure of plastic-associated chemicals to humans and thus pose risk to human health", said S.M. Mohamed Idris, President of the Consumers Association of Penang.

According to the report “Plastic in Cosmetics” published by the United Nations Environment Program (UNEP), “a large number of plastic materials are currently being applied in PCCPs… replacing natural options… with many of the particulates between 1 and 50 micrometer in size.”

"Washed down the drain, those particles cannot be collected for recycling, nor do they decompose in wastewater treatment facilities, inevitably ending up in the global ocean, where it fragments and remains" and "these plastics may take hundreds of years to completely degrade," the UNEP report said.

These toxin-laden microplastics can be easily eaten by fish, mussels and other aquatic organisms and thus contaminating the marine food chains and posing risks for human health and the environment, the petition pointed out.