Press Release: It is Time for the EU to Vote for a Safer Future 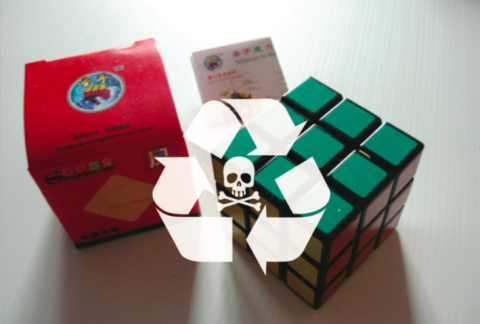 (Göteborg, Sweden): Public protections in Europe against the world’s worst chemicals will be decided in an upcoming vote on 10 October 2018. At issue is the regulation that implements the Stockholm Convention – a treaty that lists 28 substances for global elimination. Earlier this year, the European Commission proposed substantial changes to the regulation, including 56 amendments proposed by Members of the European Parliament. Public interest organizations from 150 countries have raised concerns about the proposed revisions, which would increase hazardous chemical contamination in consumer products, allow production and use of substances banned globally, and even weaken the EU´s ability to nominate new substances to the Convention.

“As an EU citizen, I believe we have the means and the obligation to adopt strict measures to ensure that toxic chemicals do not harm people, either in the EU or anywhere else,” said Dr. Sara Brosché, IPEN Science Advisor. “Now is the time for the European Parliament to vote for a safer future.”

One concern raised by NGOs is the proposal to allow the recycling of waste containing hazardous chemicals (including those found in e-waste) into new products, despite a number of studies showing that this practicecontaminates children’s products, hair accessories, kitchen utensils, and food packaging. A previous EU proposal to allow recycling of materials containing of a hazardous flame retardant listed in the Stockholm Convention was rejected by the global community.

“Toxic chemicals from e-waste should not be present in children’s toys in the EU or anywhere else,” said Dr. Joe DiGangi, IPEN Sr. Science and Technical Advisor. “Toxic recycling poisons children at home and opens the door to hazardous waste dumping in developing countries that do not have the capacity to deal with it.”

Exposure to substances listed in the Stockholm Convention (known as persistent organic pollutants or POPs) has been linked to a number of serious health effects including certain cancers, birth defects, dysfunctional immune and reproductive systems, greater susceptibility to disease, and damages to the central and peripheral nervous systems. The long-range transport characteristic of these substances means that weak regulations in one region affect the global environment.

“These substances are global contaminants and that means the EU decision will affect the global environment, including the Arctic,” said Pamela Miller, IPEN Co-Chair. “This is a critical time for the EU to exert leadership in protecting human health and the environment from world’s worst chemicals.”

Another concern is amendments proposed to the regulation that go against the agreed procedures under the Stockholm Convention, and would undermine the ability of the European Union to nominate new substances to be listed under the Convention.

“There are at least 500 chemicals in use today that fulfill all criteria for listing under the Stockholm Convention, and likely many more, but only 28 have been listed so far. It is clear that the nominations must increase significantly, and any attempt to disable the process must be strongly refuted,” said Dr. Sara Brosché, IPEN Science Advisor.

In their letter, the NGOs expressed the following concerns that the proposed revised regulation would:

The letter, which includes an annex with detailed comments about the proposed recast and amendments, is posted here.