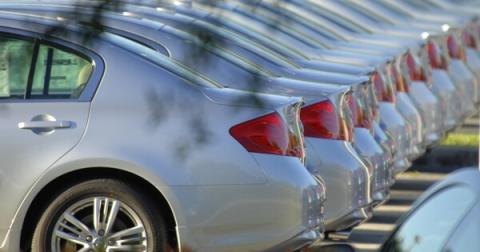 Geneva: Governments at the Stockholm Convention 8th Conference of the Parties (COP8) agreed to add three toxic chemicals to the treaty, but granted extensive loopholes for two of them. The chemicals are DecaBDE, SCCPs, and HCBD.1 All three chemicals are persistent, highly toxic, travel long distances and build up in the food chain. Loopholes were granted for DecaBDE and SCCPs and recent IPEN studies found both substances in children’s toys.2 A small group of countries rejected proposals to at least label new products containing the substances. Countries and consumers concerned about contaminated products will have no information about their content.

“This is the beginning of the end for DecaBDE, SCCPs, and HCBD,” said Dr. Olga Speranskaya, IPEN Co-Chair. “We urge governments to move quickly to prohibit these substances and not prolong harm through the use of exemptions.”

Delegates vastly expanded exemptions proposed by the treaty’s expert committee and granted time periods that far exceeded the 5-year period specified in the treaty. For example, DecaBDE use is allowed in new cars and spare parts for almost 20 years until 2036. The language permitting DecaBDE in aircraft cleverly hides the fact that manufacturing will likely continue until 2050 and use until 2100. Boeing clearly stated that this exemption was not needed, and it appears that it was pushed on behalf of the EU aerospace industry. Delegates responded to concerns raised about the substance in children’s products by excluding DecaBDE use in clothing and toys from the textile exemption.3 A proposal that would have vastly increased pollution from toxic recycling of materials containing DecaBDE was quietly withdrawn.

“Rejecting the toxic recycling exemption was a big achievement because it would have legitimized e-waste dumping,” said Dr. Mariann Lloyd-Smith, IPEN Sr. Advisor, who also warned about the textile exemption. “Governments should not use a textile exemption to make baby blankets, upholstery fabrics or stuffed animals with DecaBDE-treated textiles. “The slogan of this meeting was, “A Detoxified Future.” Let’s not turn it into “A Toxified Future.”

Governments added SCCPs to the treaty list, but included a large number of time-limited loopholes even though the expert committee did not recommend any of them. The exemptions included “secondary plasticizers in flexible polyvinyl chloride, except in toys and children’s products.” This inclusion reflected concerns over findings of SCCPs in children’s products. However, IPEN found SCCPs in PVC products that many countries would not define as toys or children’s products. These include SCCPs in PVC rain boots, slippers and wallpaper.

“This decision to globally eliminate SCCPs is personal for me,” said Pam Miller, IPEN Co-Chair and Arctic investigator. “I grew up near a major SCCPs manufacturer. They polluted the entire area and the community turned into a cancer cluster.”

Unfortunately, delegates agreed to continue to allow recycling materials containing toxic flame retardants (PentaBDE and OctaBDE) found in furniture and electronic waste (e-waste). If the chemicals are not removed, they are carried into new products when the plastic is recycled. The practice violates the Stockholm Convention, which explicitly prohibits recycling and reuse of substances on its list. The decision urges governments, “to ensure that brominated diphenyl ethers are not introduced into articles in which the presence of these chemicals would pose a risk of human exposure, in particular consumer products such as children’s toys.” A new IPEN study2 shows that continuing the toxic recycling policy widely contaminates children’s products.

Delegates agreed to add hexachlorobutadiene (HCBD) to Annex C – the part of the treaty that deals with unintentionally-produced substances. The listing paves the way to address HCBD releases through recommendations on Best Available Techniques and Best Environmental Practices.

The EU stymied attempts to adopt strict hazardous waste limits for dioxin and other POPs. Despite attempts from the entire African region to reduce the threshold for dioxin waste to 1 ppb, the EU insisted upon a level of 15 ppb. This opens the door to a flow of dioxin-contaminated incinerator ash to developing and transition countries who cannot manage it. These toxic residues have been demonstrated to contaminate chicken eggs and other parts of the food chain at levels which can harm humans, wherever the waste is dumped.4 Other POPs were also assigned weak threshold values that could lead to contamination of the plastics recycling chain.

Governments decided to add carbofuran, trichlorfon, SCCPs, TBT to the treaty list, making them subject to the prior informed consent process. However, the listing of carbosulfan, chrysotile asbestos, fenthion, and a paraquat formulation was blocked by a very small number of countries despite the fact that exporters would simply have been required to notify and get permission from importing countries. India, Kazakhstan, Kyrgyzstan, Russia, Syria, and Zimbabwe blocked the listing of chrysotile asbestos. Chile, Guatemala, India, and Indonesia, blocked listing of the paraquat formulation.

“All countries agreed that the candidate substances meet the Convention criteria for listing,” said Pamela Miller, IPEN Co-Chair. “That means that a small handful of opposing countries and their powerful industry representatives put their own economic and trade interests before the health and well-being of the global environment and its inhabitants.”