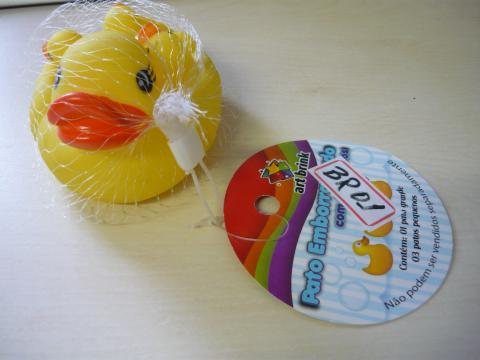 “Toxic chemicals in electronic waste should not be present in children’s toys,” said Leslie Adogame, SRAdev Nigeria. “This problem needs to be addressed globally and nationally.”

The study emerges just a few days before the global Conference of the Parties to the Stockholm Convention will decide whether to continue allowing the recycling of materials containing OctaBDE and possibly make a new recycling exemption for DecaBDE. The treaty’s expert committee has warned against the practice.

The application of strict hazardous limits is also critical for brominated flame retardants due to their presence in e-waste. In many countries, the Stockholm Convention standards will be the only global regulatory tool that can be used to prevent import and export of these contaminated wastes, in many cases from countries with stricter legislation to countries with weaker legislation or control.