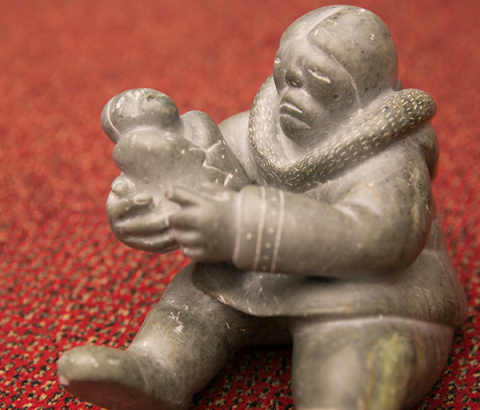 (Geneva) – At the Stockholm Convention 8th Conference of the Parties (COP8), governments bowed to corporate influences in the listing decisions concerning two toxic chemicals under provisions of the treaty. Although delegates agreed to list the chemicals for global elimination, the decisions allow exemptions that extend industrial uses far into the future.

The chemicals are DecaBDE, a flame retardant commonly found in electronic waste, and short-chain chlorinated paraffins (SCCPs), an industrial chemical used in metal working and as a flame retardant in plastics. Both chemicals are persistent, toxic, and found in remote regions of the world, including the Arctic. They contaminate the bodies of fish, wildlife and people all over the world. SCCPs are found in the breast milk of Arctic Indigenous women. A recent study indicated that SCCPs have been produced in the highest volume compared with other synthetic chemicals.

Leigh Takak, a mother from the Native Village of Elim in the western Arctic region, attended on behalf of her daughter and future generations. She stated “it’s crucial that we leave our lands and waters to our children the way our ancestors left it for us so we can carry out our traditional ways life. Subsistence living is not only a way of life for us, it the core of our identity. Right now, my people are spring hunting for sea mammals, these hunts supply the food source for our communities, as they did for our past generations”

The decisions at COP8 perpetuate the production and use of DecaBDE and SCCPs. For DecaBDE, the time period of exemptions is unprecedented, allowing use in cars until 2036 and in aircraft until 2100. The expert committee of the Convention proposed only one time-limited exemption for use of DecaBDE in spare parts of automobiles. Fortunately, delegates rejected a proposed toxic recycling exemption for DecaBDE. Delegates at COP8 contradicted the recommendation of the scientific expert committee that specified no need for exemptions for SCCPs given the availability of alternatives. The decision allows for exemptions for all uses of SCCPs including as lubricants in oil and gas exploration and in refining of diesel oil, in metalworking, and as plasticizers in polyvinyl chloride.

Rochelle Diver, who led IITC’s delegation at the Stockholm Convention COP8, expressed extreme disappointment for the deliberate disregard of human rights, and for the lack of full, effective, direct and meaningful participation of Indigenous Peoples within the framework of the United Nations Environmental Programme. “It is crucial that the interconnectedness between multilateral environmental agreements such as the Stockholm Convention and States’ compliance to existing human rights treaties and conventions such as the Convention on the Rights of the Child are adhered to. This represents the only path forward to implement the true spirit and intent of the Stockholm Convention, emphasizing the preambular paragraph on Indigenous Peoples.”

The UN Declaration on the Rights of Indigenous Peoples has been endorsed by 148 Member States, including many in attendance at this COP. Article 29 paragraph 2 reaffirms that:

States shall take effective measures to ensure that no storage or disposal of hazardous materials shall take place in the lands or territories of indigenous peoples without their free, prior and informed consent.

Vi Waghiyi, a Yupik tribal member of the Native Village of Savoonga on St. Lawrence Island in the northern Bering Sea and Environmental Health and Justice Program Director with Alaska Community Action on Toxics stated: “We travel a long distance from the Arctic to represent our people who are among the most highly contaminated people on earth. We cannot abide the fact that delegates seem to care more about corporate profits than our health and human rights. Their decisions allow continuing harm to the health of our children and future generations.”

Alaska Community Action on Toxics and International Indian Treaty Council are participating organizations in IPEN, a global network of over 500 public interest organizations in 100 countries working to eliminate toxic substances.