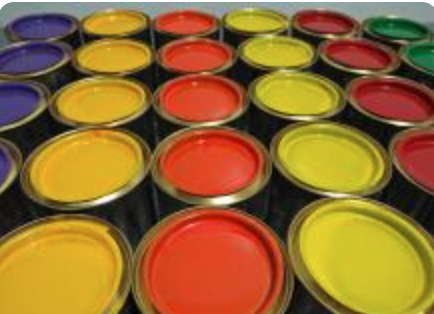 Environmental health, child health advocates, governments, and paint industries are coming together this week from October 25 to 31 for the International Lead Poisoning Prevention Week of Action.
30 October 2020

KATHMANDU, Oct 30: Environmental health, child health advocates, governments, and paint industries are coming together this week from October 25 to 31 for the International Lead Poisoning Prevention Week of Action.

Calling for protections for children coordinating with the Global Alliance to Eliminate Lead Paint (a voluntary partnership hosted by the UN Environment Program and the World Health Organization), stakeholders have urged governments to adopt and effectively execute legislations to protect children’s health.

In Nepal, Center for Public Health and Environmental Development (CEPHED) with the support of National Health Education, Information and Communication Center (NHEICC), Ministry of Health and Population, and governments of Province 1, 2, Bagmati and Lumbini and WHO country office for Nepal, is organizing a series of awareness and capacity building programs at the provincial level.

The programs are themed as “Prevention of Lead Exposure through Effective Implementation of Lead Paint Standards in Nepal” for the sectoral commitment toward enhancing full compliance of lead paint standards through effective implementation of lead paint standard so as to eliminate the potential sources of lead exposure among general public especially children, according to a press release issued by the CEPHED.

Lead paint, a major source of childhood lead exposure, can cause permanent and irreversible brain damage in children, according to the press release. Lead exposure globally accounts for 1,060,000 deaths, 24,400,000 DALYs losses and contribute to Global Burden Disease (GBD) of idiopathic developmental intellectual disability by 63.2% and to hypertensive (High blood pressure) by 10.3% of (IHME 2017). It also globally causes huge annual economic losses of  977 billion dollar with the highest in Asia of 699.9 billion dollars (71.6%). The annual losses in Nepal due to lead exposure induced IQ losses among Nepali children has been estimated at 1.5 billion dollars (four percent of the annual GDP of Nepal for the year 2014), according to a New York University research paper.

Series of lead paint studies in Nepal have revealed that the amount of lead content in the paint produced, imported, marketed and used in Nepal has decreased over time and compliance of lead paint standards have improved, according to the press release.

The compliance monitoring of lead paint standards carried out by the Ministry of Forest and Environment (MOFE) in the year 2016 showed only 30 percent paints comply with the standards. However,a similar study carried out by CEPHED a year later in 2017 and 2018 of 56 enamel paint samples from 27 paint industries showed increased compliance of lead paint standards by 60 percent of paints.

“This is a very remarkable achievement by the paints industries in Nepal. However, there is a need for continued improvement toward reaching 100 percent compliance so as to eliminate leaded paints from Nepal, thereby protecting public health and the environment,” said Ram Charitra Sah, executive director and Environment Scientist of CEPHED.

Though the compliance of lead paint standards increased over the years, some of the paint products mainly from the domestic paints industry were still found carrying extremely high lead content of up to 75049 ppm. Therefore, a regular monitoring of lead paints marketed in Nepal has been planned by the Department of Environment, Shah said.