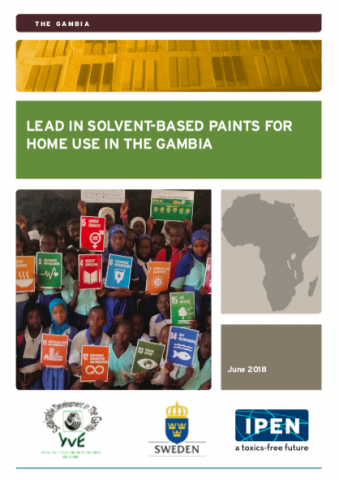 (Banjul, The Gambia) More than 80 percent of the paint brands included in a study analyzing lead in solvent-based paints for home use in The Gambia sold one or more paint that contained dangerously high total lead content greater than 10,000 parts per million (ppm). The maximum allowed limit in e.g. Cameroon and Kenya is 90 ppm, which is also the recommended limit by UN Environment. Two yellow paints from the brands National and Oasis, both of which were imported from the United Arab Emirates (UAE), contained the highest amount of lead at 100,000 ppm. Furthermore, two paints from the brand Oasis, manufactured by Al Gurg Paints LLC in UAE and advertised as “100% lead free,” contained 100,000 ppm and 65,000 ppm lead. These and other alarming findings are part of a report released today by the Young Volunteers for the Environment (YVE)-The Gambia and IPEN.

“Even at low levels, the health impacts of lead exposure on young children’s brains are lifelong, irreversible and untreatable,” said Ejatou Jaiteh, Communications Officer, YVE-The Gambia. “We are placing our children’s intellectual development at risk, consequently minimizing our nation’s future intellectual capacity even though safe and effective alternatives are already in use and widely available in The Gambia. We must act now to eliminate this critical source of lead exposure to young children.”

“Lead paint is a major source of childhood lead exposure” said Dr. Sara Brosché, Global Lead Paint Elimination Campaign Manager, IPEN. “Children are the most vulnerable, typically ingesting lead-contaminated dust from deteriorating lead paint through normal hand-to-mouth behavior. We urge governments to set mandatory regulations that will prohibit the use of lead in paint and restrict the importation of lead paints. Furthermore, it is important that these paints be subjected to independent verifications given the prevalence of paints with “lead free” or similar claims containing very high lead levels.”

In December 2017, YVE-The Gambia purchased a total of 39 cans of solvent-based paint intended for home use representing 11 brands and produced by the same number of manufacturers from various stores in Kanifing and Basse, The Gambia. All brands were imported into the country. Samples from these paints were analyzed by an accredited laboratory in the USA for total lead content.

Key findings from the report, Lead in Solvent-Based Paints for Home Use in The Gambia, include:

Most highly industrial countries adopted laws or regulations to control the lead content of decorative paints—the paints used on the interiors and exteriors of homes, schools, and other child-occupied facilities—beginning in the 1970s and 1980s. The strictest regulatory limit of 90 parts per million (ppm) total lead content is established in many countries, including Cameroon, Kenya, India and the USA.

The World Health Organization (WHO) recognizes lead paint as a major source of “lead-caused mental retardation,” a disease WHO identifies as one of the top ten diseases whose health burden among children was due to modifiable environmental factors. WHO further states that “there is no known level of lead exposure that is considered safe.”[1]

IPEN is a global non-government organization (NGO) with Participating Organizations in more than 100 countries working for a toxics free future. It has conducted studies of lead in paint in more than 50 countries and is a member of the Global Alliance to Eliminate Lead Paint Advisory Group. For information, visit www.ipen.org 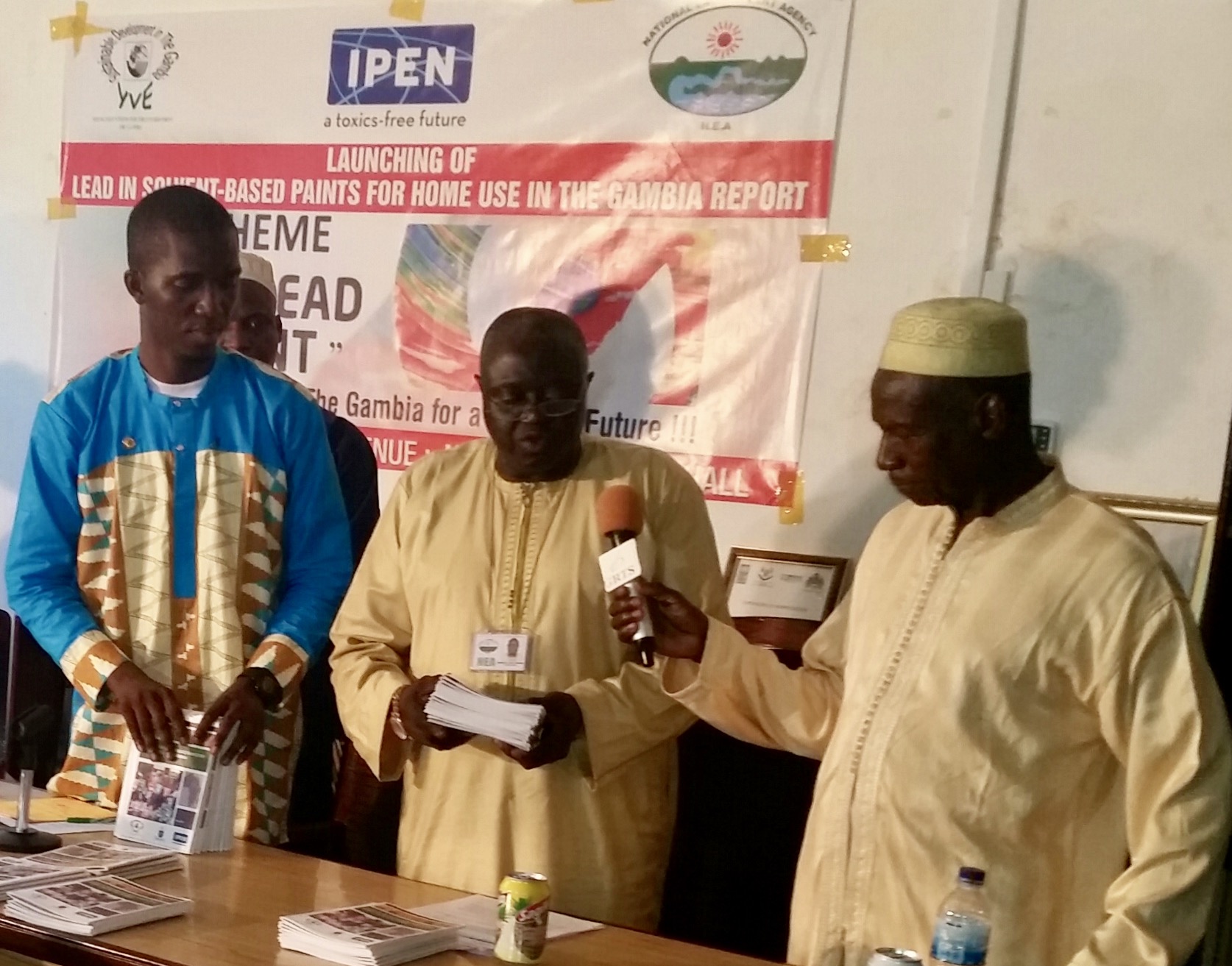