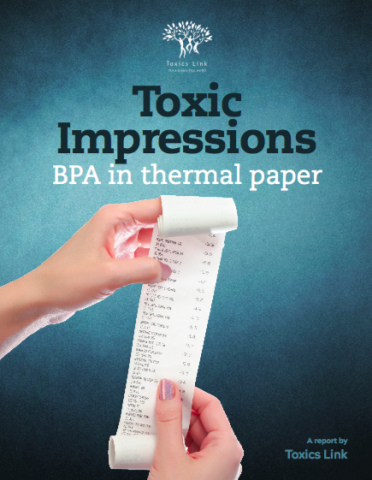 Thermal paper is widely used to print receipts of sale in sectors such as grocery stores, gas stations and bank ATMs. This paper is also used by ticketing agencies, lottery systems and other businesses, which require accurate and high volume printouts.

In this study, twelve unused thermal paper samples from known and local brands of different manufacturers and suppliers were randomly collected from different markets in New Delhi. Toxics Link found BPA in concentrations between 300 ppm and 6600 ppm in thermal papers with average levels of 3037 ppm, which is exceedingly high and can have serious adverse impacts on human health and the environment.

The report suggests that there is a need to regulate BPA in thermal paper in India and to make a shift toward better alternatives to prevent BPA exposure in the environment and human health.