Toxic paint: The presence of significant levels of lead in paint poses a serious danger to the health and well-being of our children 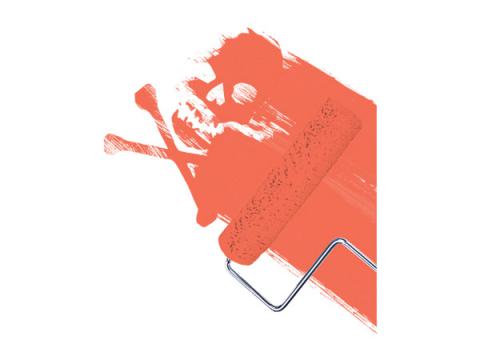 Ram Charitra Sah, Executive Director of IPEN Participating Organization Center for Public Health and Environmental Development (CEPHED), penned the article below that was published in the Kathmandu Post. The article refers to a new study from CEPHED about lead in household dust, schools and preschools.

Lead is a naturally occurring element that can be found in all parts of our environment—the air, soil, water, and even inside our homes. But lead is toxic to humans and animals, causing several irreversible health problems when ingested or inhaled, particularly for children under the age of six. These days, lead and lead compounds are used in a wide variety of products found in and around our homes, including in paint, ceramics, pipes and plumbing materials, solders, batteries, solar panels, and cosmetics.

Lead affects all age groups. However, pregnant mothers, industrial workers, painters, and most importantly, children face more serious risks from lead exposure. Young children absorb lead more readily than adults. Growing bodies and brains are very sensitive to the effects of lead. In addition, childhood behaviours, such as hand-to-mouth activities, make it easy for lead to enter their bodies. Some children may eat or swallow chips of paint (pica), which increases their risk of exposure to lead. The most significant risk has to do with developmental delays and the impact of lead on brain development, which occurs even with very low levels of exposure.

Lead, as one of 10 chemicals of major public health concern, requires action to protect the health of workers, children, and women of reproductive age. According to the World Health Organization (WHO), 143,000 annual deaths are caused by exposure to lead. Every year, there are nearly 600,000 new cases of children suffering from intellectual disabilities due to lead exposure. And about 99 percent of children exposed to high levels of lead belong to low and middle income countries. Of the total lead that enters our bodies, 95 percent is accumulated in the long bones, four percent in soft tissues such as brain, liver, and kidneys, and one percent in the blood. Recent WHO guidelines indicate that there is no known safe level of lead in the blood.

Almost all children in Nepal are exposed to lead. Since the banning of leaded petrol by the Government of Nepal in 2001, one very common source of lead exposure has been leaded paint and thus, household and school dust. Old houses or houses painted with leaded paint have the greatest risks of containing lead. A three-time series study of lead in paint carried out by Center for Public Health and Environmental Development in association with international agencies in 2010, 2011 and 2013 found that over 70 percent of paints, especially enamel paints, contained high levels of lead, well above than 90 ppm, the internationally accepted standard for lead in paints. The maximum amount of lead in the 2013 study was 130,000 ppm, which is 1,444 times more than the US, China, and India standards for lead in paints. Nepal does not have any standard for lead in paints yet.

To access and communicate the hazard posed by lead in floor dust in residential houses and schools, Cephed took 75 floor dust wipe samples from 23 buildings, including five schools buildings, two  hospital buildings, and 16 residential homes from Kathmandu, Lalitpur, and Bhaktpur districts. The results were very shocking.

Another recent study in 2014 by Dr KD Mehta and his team  from the BP Koirala Institute of Health Sciences in Dharan found that Nepali school-age children had elevated levels of lead in their blood with significant correlation between elevated levels of lead in blood in children coming from houses with chipped paint. This clearly established the fact that leaded paints produced, imported, marketed, and used in Nepal are increasingly the source of lead contamination in the blood among Nepali children. This requires immediate attention and corrective measures.

In order to protect children’s health from lead exposure contained in paints and in dust, the report made several recommendations to be adopted and effectively implemented. The government and government agencies should immediately take measures banning the manufacture, importation, distribution, sale, and use of household paint products with lead levels that constitute a health hazard, and take decisions along a Green Public Procurement Policy. The paint industry, Nepali paint manufacturers associations and chamber of commerce organisations should discontinue the use of lead as driers or pigments and for other purposes in paint formulation and shift to non-lead substitutes.

Furthermore, the Department of Education, Ministry of Education, and school organisations like Pabson and N-Pabson should require material safety data sheets and labels indicating lead content when purchasing paints and toys and make a mandatory circular or notification to all schools and colleges in both public and private sectors to only use non-leaded paints. Consumers too should ask for unleaded paints for safer homes and patronise businesses that sell unleaded paints while giving children regular blood level check-ups.

Advertising agencies, media houses and celebrities need to understand the dangers of lead in paint for children, asking paint clients about the ingredients they use before advertising and avoid supporting paints containing lead at levels dangerous to children.