The Truth Behind the Plastic Curtain: Most Plastic is Not Recyclable 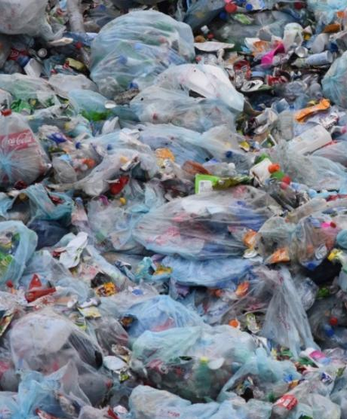 A movement bidding good riddance to bad trash is growing across South East Asia, and it should spark an international reckoning with how we have been dealing with plastic waste, recycling, and responsibility.

China closed its doors in 2018 to nearly a million tons of mixed plastic waste shipments, and with it, the inevitable toxic pollution to land, air, and groundwater that comes with plastic waste. All plastics contain toxic additives, many of which have negative health impacts. In the wake of China’s decision, the developed waste exporting nations set their plastic recycling on course to other South East Asian countries that were soon overwhelmed by the massive trashing.

In May, world governments gave developing countries a tool to resist the deluge of plastic mixed waste shipments through the UN Basel Convention. The US is not a signatory to the treaty, yet attempted to block the decision. The US obstruction failed, and 184 of the world’s governments created new regulations that require waste exporting countries to declare the content of mixed waste shipments and enables receiving countries to refuse plastic waste imports.

Although the international law does not go into effect until May 2020, it is already catalyzing action. Malaysia closed its ports to foreign waste and sent thousands of tons back to the US, Australia, Korea, and other ports of origin. The Philippines and Indonesia returned Canadian mixed waste shipments. Vietnam, Thailand, and Indonesia have all strengthened controls to keep shipments of mixed plastic waste from wealthy countries out of their communities. Australia announced a ban on waste exports. The Basel decision is an important tool, but it is not a solution to the plastic waste crisis.

Unless we reduce plastic production, there will continue to be plastic waste to dump, and profiteering schemes, such as triangular shipping and mislabeling, to dump it in developing countries. For example, 3rd party verification companies are hired by traders and waste brokers to verify container content. But the surveyor companies commonly mislabel useless shipments of mixed waste as “recycling,” which not only falsely drives up recycling import rates but serves as a conduit for dirty dumping.

The Reckoning–Most Plastics Are Not Recyclable

The American Chemistry Council and Big Plastic have sold us the idea that all plastic packaging is recyclable. Yet only a fraction of all plastic waste has been recycled — 9% to be exact. Plastic packagers disingenuously put the environmental movement’s recycling arrows on non-recyclable plastic, creating the myth of plastic recyclability. Moreover, there are no “good ways” to otherwise dispose of non-recyclable plastic waste.

Our staggering mountains of plastic waste ends up in one of three places: in landfills that can leach toxic plastic additives into surrounding soils and groundwater; in incinerators that release toxic chemicals in the air and produce massive amounts of highly toxic dioxin laden ash; or in the environment in open lots, canyons, waterways, and oceans.

Plastics that end up as landfill or that become microplastics in the ocean arrive there not because someone failed to separate and wash them, but because they have no value for recycling, they are truly trash.

The cocktail of toxic additives that go into making plastics enter the environment when plastics break down. In the ocean, plastics quickly become microplastics that also attract toxic industrial chemical hitch-hikers. Sea animals eat them creating one pathway for toxic microplastic accumulation in larger animals, like us.

The business of plastics, which are made from components of oil and gas production, is fueled by the booming economy of cheap fracked natural gas in the US. Despite global outcry at plastic’s environmental impacts, plastic production is anticipated to increase by 30–36% in the next six years. In the US alone, $164 billion is planned for 264 new plastic production facilities.

Corporations set to profit from this plastic boom have created a new lobbying machine, the 1.5 billion dollar Alliance to End Plastic Waste. Many member organizations aggressively oppose bottle deposit laws in states across the US (a proven method to ensure better capture of the plastic bottles that are, in fact, recyclable). Instead, they promote false solutions of “better waste management” that puts the onus on consumers and developing nations.

Our experience reveals the limits of better separation and waste management

The Ecology Center, launcher of the first curbside recycling program in the US, employs a high-tech optical sorter to separate out the hard to isolate recyclables. But this still leaves massive amounts of remaining plastic waste that is sent to landfill.

In Indonesia, the sheer volume of foreign waste has completely overwhelmed effective local recycling systems causing, among other dire impacts, an environmental crisis on the longest river in East Java.

This is not a problem we can sort and recycle our way out of.

The only foolproof way to address the deluge of plastic waste is to reduce its production.

If we stop subsidizing the fossil fuel and fracking industries, plastic production will lose its economic driver. If the plastic and food packaging industry were required to collect and deal with their own plastic waste, as responsible producers, they would soon look to other models.

Countries should use the new Basel rule to reject foreign waste at ports and adopt plastic import bans. And more can be done at ports to prevent illegal or hidden waste shipments from getting through.

To save the planet, the oceans, and our collective health from plastic pollution we have to face a tough reality: recycling is not the silver bullet we thought it was because most plastic is not recyclable.

It should be the plastic producers, not the world’s citizens, who are left holding the (non-recyclable) bag.
______
Authors:
Yuyun Ismawati, Indonesia’s BaliFokus/Nexus3, IPEN Advisor, and winner of the Goldman Environmental Prize.
Martin Bourque, Executive Director of Berkeley’s Ecology Center, the first curb-side municipal recycling program in the US.