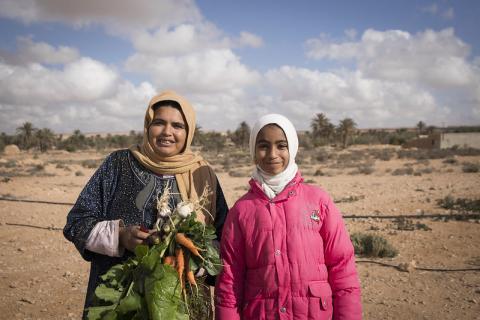 Although already banned in Europe, about 33 dangerous pesticides are still imported by Tunisia, according to a report by the Association of Environmental Education for Future Generations (AEEFG), in collaboration with IPEN. According to Semia Gharbi, president of the AEEFG, a specialist in environmentals sciences, and coordinator of IPEN’s Middle East and North Africa (MENA) regional hub, authorities have been slow to update their lists of registered pesticides imported into the country, with the currently available lists dating back to 2017.

"Faced with the lack of rigor and transparency regarding the pesticides banned from the EU and their export to developing countries including Tunisia, the Ministry of Agriculture must act and even require the Department of Plant Protection, in charge of pesticide registration, to be transparent by publishing on its website the updated list of pesticides, as well as the importing companies and the list of pesticides already banned. We must not wait for the implementation of the commitment of the European Commission, to stop the export of dangerous pesticides banned in the EU,” said Gharbi.

Many countries are calling on their governments to oppose the double-standard of so-called developed nations when it comes to the export of their toxic chemicals or their waste. Says Gharbi, “Since imports are a sovereign choice, Tunisia would benefit from opting for the protection of human health, as its Constitution of 2014 requires, and protection of the farmers in direct contact with agricultural inputs, pesticides, and fertilizers. The country should ensure transparency, the right to information, and stop the import of pesticides banned in their countries of origin."

The report of the AEEFG cites, moreover, many gaps in the management of pesticides in Tunisia, non-compliance with the texts at several levels (marketing, storage, application, residues, protection, management of empty packaging), the lack of adequate and practical post-approval control procedures, the inadequacy of efforts to raise awareness and supervision of small and medium-sized producers and agricultural users on the risks associated with pesticides and crop protection, the existence of parallel markets, and the lack of a system of environmentally sound and rational management of empty containers of pesticides.

There is hope for changes to protect Tunisians. In a recent news report, national authorities from the Ministry of Agriculture declared:

"The Ministry is currently reviewing and studying the list of 33 pesticides mentioned in the report and will [move forward with] withdrawal if proven dangerous after verification by the technical committee for this purpose in cooperation with the Ministry of Health, and at the level of the Ministry of Agriculture."