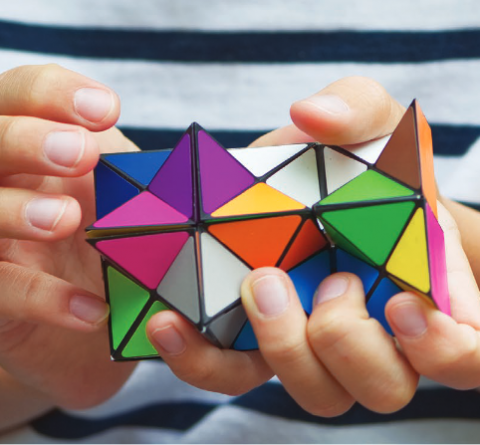 (Prague, Brussels): The European Parliament and Council decision on the reform of the persistent organic pollutants (POPs) announced this week, hailed as protective for health, will cause more children to be exposed to hazardous flame-retardant chemicals associated with thyroid disruption and neurological deficits. The decision permits high levels of hazardous brominated flame retardants (PBDEs) that are in electronics waste, including those already banned by the Stockholm Convention, to be allowed in recycled plastics.

The new rules allow 500 mg/kg of brominated flame retardants listed for global elimination under the Stockholm Convention in mixtures and articles.  Environmental health researchers from Arnika, HEAL, and IPEN demonstrated that toxic brominated flame retardants are entering the waste stream from discarded electronics. These chemicals, known to disrupt thyroid function and cause neurological and attention deficits in children, were found in a concerning number of children's products and other consumer products made from recycled plastics across Europe. With this limit, the European Parliament and Council accept to put our children at risk of contamination from persistent organic pollutants – chemicals that the Stockholm Convention aims to eliminate globally due to health and environmental concerns.

In the recent report, Toxic Loophole: Recycling Hazardous Waste into New Products, researchers found that 92 % of laboratory tested consumer products, including toys, purchased in 19 European countries are contaminated with flame retardants known as BDEs coming primarily from recycled electronic waste. Ironically, the products are legal because purity standards are lower for recycled materials.

“If these products were made of new plastics, not recycled plastics, they would be labelled as hazardous material, and sequestered and destroyed according to a strict protocol- that is how toxic they are,” said lead study author Jitka Strakova, a researcher from Arnika who specializes in POPs. “The EU’s agreed limit of 500 mg/kg for these substances in mixtures and articles is a permission slip to contaminate children’s toys with toxic flame retardants. Do members of the European Parliament and Council find it acceptable that our children play with persistent organic pollutants designated for global elimination?”

The limits set in the European Parliament and Council agreement constitute a loophole, say researchers, that will allow a set of toxic chemicals to persist and harm health.

“Recycling of toxic chemicals into new products undermines the entire concept of a circular economy. This calls for strong action from European decision-makers. BDEs are nothing to play with. Those endocrine disruptors are responsible for attention and neurological deficits in children,” said Genon Jensen, co-author of the study and Executive Director of the Health and Environment Alliance (HEAL).

“The new EU rules conflict with obligations under the Stockholm Convention which prohibit the recycling of articles containing DecaBDE, “said Joe DiGangi, Senior Science and Technical Advisor at IPEN. “This sets the stage for a conflict at the upcoming Conference of the Parties by positioning the EU as advocates for toxic recycling.”

Dioxins, another group of highly hazardous substances, can form unintentionally as flame retardant chemicals in plastics are heated and remolded in the recycling process. The study Toxic Soup: Dioxins in Plastic Toys demonstrates that contamination through the recycling of BDEs also introduces dioxins into recycled plastics products, which is an additional reason to keep BDEs out of waste.

“Dioxin content in a toy tested from Germany contained levels similar to those found in waste incineration fly ash. Brominated dioxins are highly hazardous chemicals that are known to affect brain development, damage the immune system and unborn children, increase the risk of cancer and risk disruption of thyroid function,” explains Jindrich Petrlik, the lead author of the study, Executive Director of Arnika - Toxics and Waste Programme, and Co-Chair of IPEN’s Dioxin, PCBs, and Waste Working Group. “POPs wastes are highly hazardous and need to be strictly controlled. The EU has failed to do that.”

Arnika Association is a Czech non-governmental organisation established in 2001. Its mission is to protect nature and a healthy environment for future generations both at home and abroad. Since its beginnings, Arnika has worked on protection of consumers from chemically hazardous products. Lately, Arnika has been conducting its own research focusing on toxic chemicals in consumer products; mainly toys and childcare products. Arnika serves as the Regional Hub for Central and Eastern Europe for IPEN.

The Health and Environment Alliance (HEAL) is the leading not-for-profit organisation addressing how the environment affects human health in the European Union (EU) and beyond. HEAL works to shape laws and policies that promote planetary and human health and protect those most affected by pollution, and raise awareness on the benefits of environmental action for health. HEAL’s EU Transparency Register Number: 00723343929-96

IPEN is a global network of more than 500 health and environmental public interest organizations in over 100 countries, working to eliminate the world's most harmful chemicals to create a toxics-free future. IPEN’s EU Transparency Register Number: 157269723532-97