Center for Public Health and Environmental Development (CEPHED) is the NGO that IPEN has partnered with in Nepal for this project.

June, 2015- National Report: Lead in Enamel Household Paints in Nepal in 2015 The 2015 reports follow-up on analyses conducted in 2013 and were designed to test whether or not lead levels have fallen since that earlier study, especially in paints with high lead levels in 2013. Although results vary country by country, most NGOs are finding that though market leaders have reduced lead levels, many paints from small and medium sized producers continue to have unacceptably high lead levels. 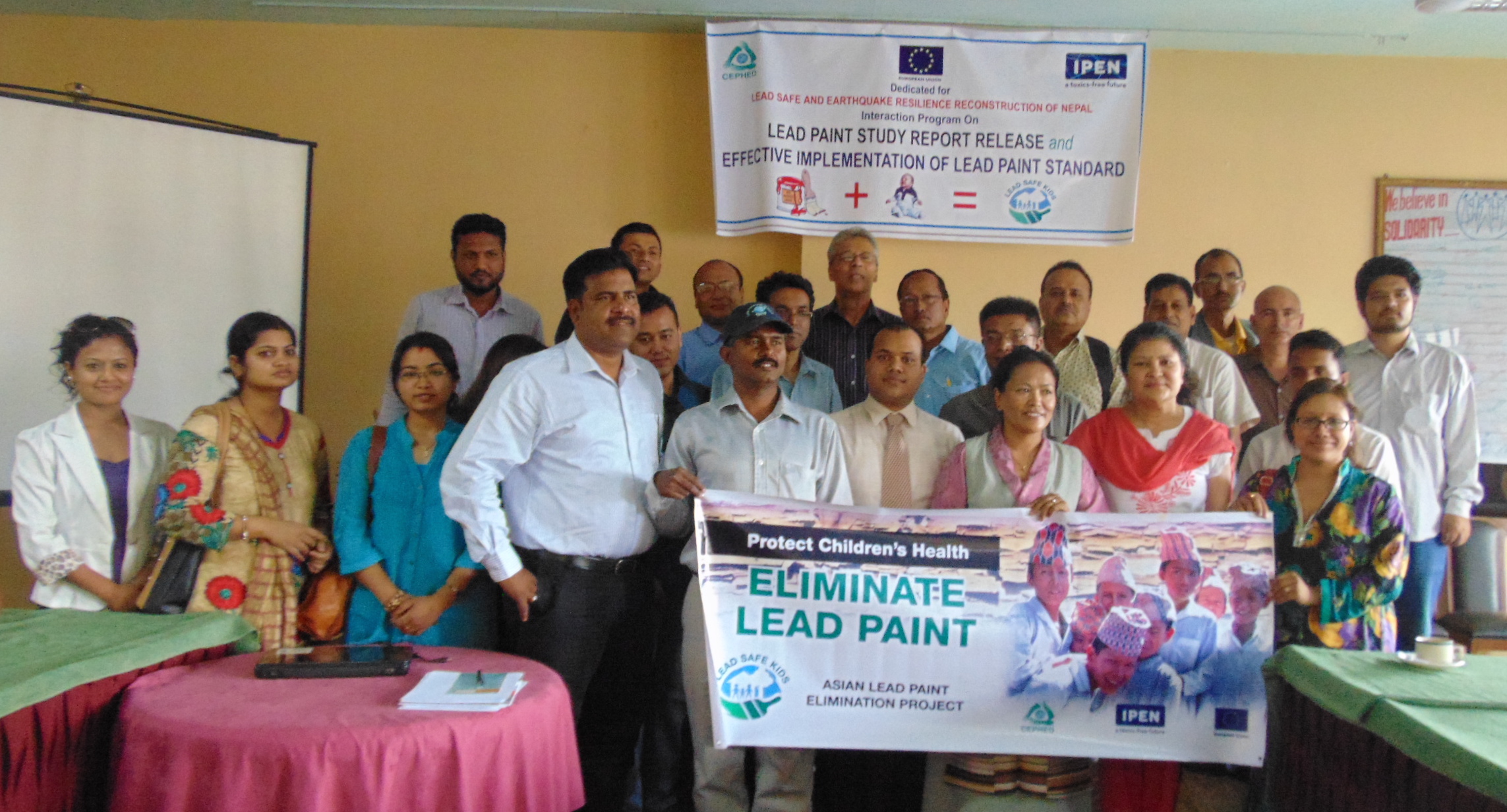 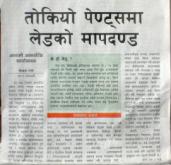 October, 2014- This newly released report shows that lead levels in dust from some households, schools and preschools in Neapl are of high concern. Dust is one of the major sources of lead exposure for young children, and can be directly correlated with the children´s blood lead levels. Recent scientific studies have shown harmful effects from lower and lower blood lead levels, which has led the World Health Organization and the US Centers for Disease Control and Prevention to conclude that no blood lead levels in children can be considered safe.

Kathmandu Post article by CEPHED's Director Ram Charitra Sah: The presence of significant levels of lead in paint poses a serious danger to the health and well-being of our children 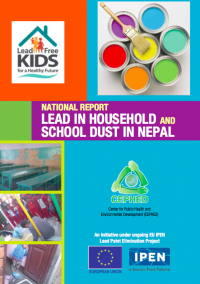 Discussion about lead in paint and lead in dust issues between Ram Charitra Sah (Director, CEPHED) and Mrs Dipika Thapa, Vice President of the Private and Boarding Schools' Organisation (PABSON), which publicly announced that all schools should use lead-free paint.

October, 2013- This report presents new data on the lead content of new enamel decorative paints for sale on the Nepalese market. This is the third time that CEPHED has coordinated studies in Nepal where paints are analyzed to establish their lead content. The first study was conducted in 2010 and included 13 enamel paints purchased in Nepal; the second was conducted in 2011 and included 12 enamel paints from multinational brands sold in Nepal.

In this report, findings are presented from the most recent analysis of enamel decorative paints to determine their lead content, and these results are compared with the results from the 2010 and 2011 studies. National policy frameworks that are in place to ban or restrict the national manufacture, import, sale and use of enamel decorative paints are also reviewed, as well as how changes in lead levels in paints may have resulted from changes in that regulatory framework since the last study. 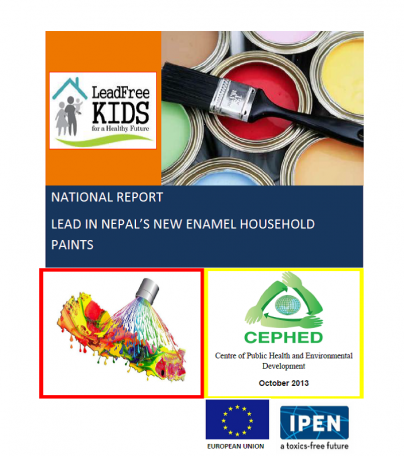 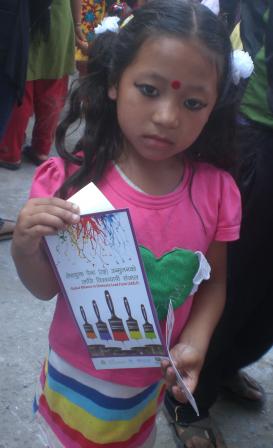