Dr. Mariann Lloyd-Smith, IPEN senior policy adviser, debated the dangers of fracking chemicals against lawyers from oil and gas giant Halliburton and representatives of the Europe and UK chemical industry at the Helsinki Chemical Forum earlier this year.

The session moderator, from the Organization of Economic and Cooperation Development (OECD), complimented Dr. Lloyd-Smith afterwards, saying, “you are the voice of reason.’”

“The Haliburton representative gave a standard industry presentation, assuring everyone that everything is safe, but I’m not sure he was believed. Despite Haliburton and the chemical industry’s assurances that there’s absolutely nothing to worry about, participants in the forum argued that the focus should not only be on the use of fracking chemicals but also their full life cycle, including fugitive emissions, their waste phase and importantly, ‘reasonably expected accidents and spills’. Since much of the water contamination comes from these spills, it was important that this was included. It was very clear that many in the audience did not feel assured all was OK with the use of fracking chemicals,” Dr. Lloyd-Smith said.

“The media at the event’s media conference also primarily focused on Haliburton and fracking and provided another great opportunity to counter their claims of no harm. The images we provided on the methane bubbling Condamine River in Australia made a deep impression on the journalists, and the fact that Haliburton knew nothing about this event and even tried to dismiss it as just an unsubstantiated report – despite their Australian base – did not win them any points,” Dr. Lloyd Smith added.

The Helsinki Chemical Forum is an annual meeting of academics, researchers, the chemical industry, regulatory scientists and high level regulators from many countries, and the European Chemical Agency (ECHA). Located in Helsinki, ECHA is responsible for managing the implementation of the European chemical regulatory system, REACH, in relation to the registration, evaluation, authorisation and restriction processes for chemicals. ECHA manages and carries out technical, scientific and administrative aspects of REACH and ensures consistency at the European Union (EU) level in relation to chemical assessment. It provides the Member States with scientific and technical advice relating to chemicals which fall under REACH. ECHA’s decisions and assessment on fracking chemicals will be used across Europe. ECHA has also signed a bilateral cooperation agreement with Australia, as well as Canada and China.

Dr. Lloyd-Smith and her team followed the Helsinki meeting with a visit to Great Britain hosted by Friends of the Earth, UK and meetings with an array of British, community-based 'frack-off' groups.

Recent legislation in Great Britain greatly expanded fracking in Britain and even opened up the possibility of fracking in National Parks and other “beauty” spots. In the Queen’s address at the opening of Parliament in June, she proposed a change to a hundreds’ years old trespass law that would allow shale gas exploration firms to drill 300 meters under private land without requiring the landowner’s permission.

“It is unbelievable that a fracking company can avoid all environmental planning scrutiny by claiming their drilling site will be less than a hectare, and each site can be assessed individually rather than assessing the accumulative impacts of a full gas field,” Dr. Lloyd-Smith said.

“A host of celebrities—including Sir Paul McCartney – have added their voices to the growing call for a fundamental rethink of the UK government’s unconventional gas and, so far, no fracking has occurred in the UK. That is a testimony to the groups working on this issue. Nevertheless, the threat remains imminent.” Dr. Lloyd-Smith concluded. 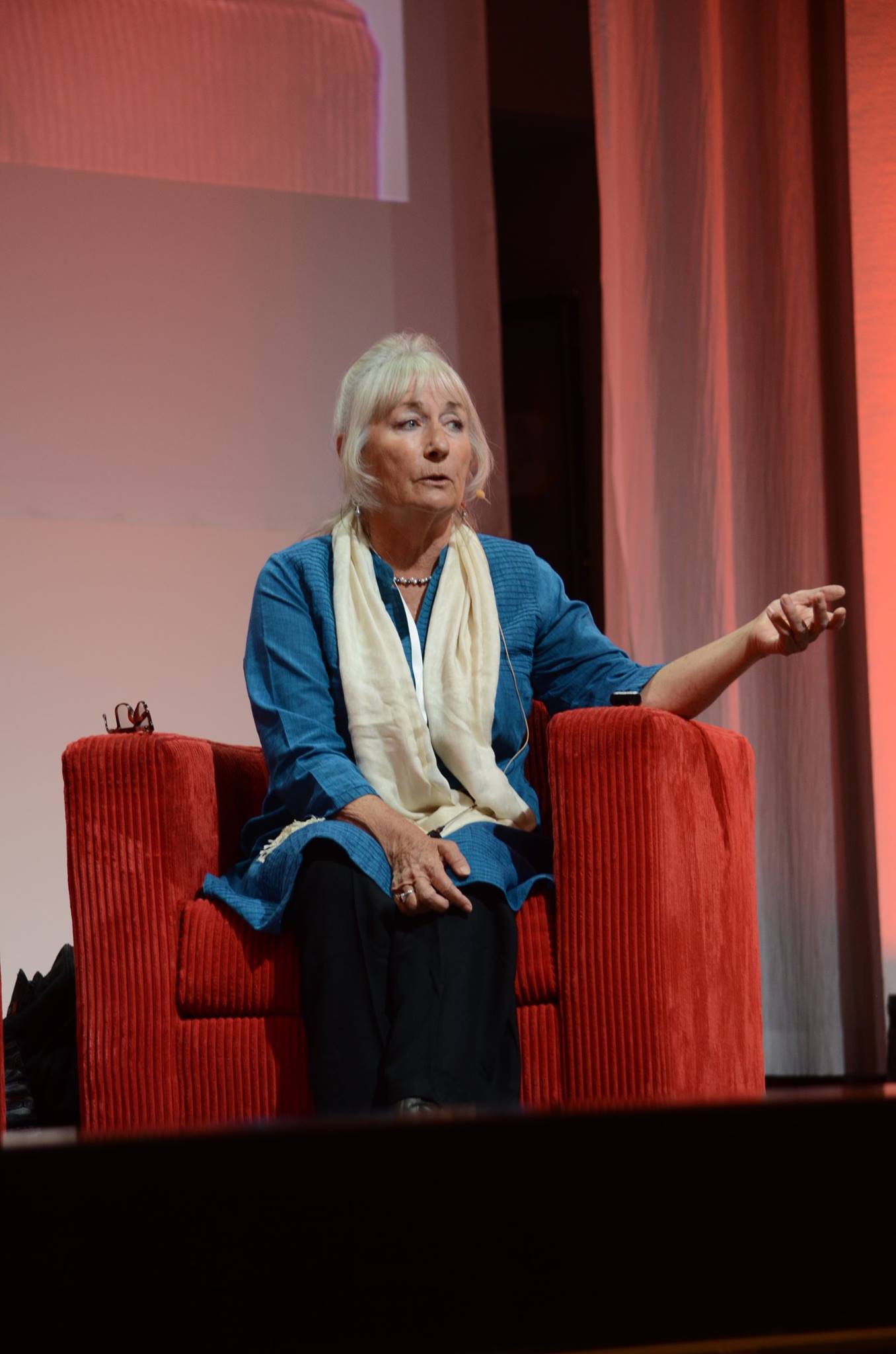 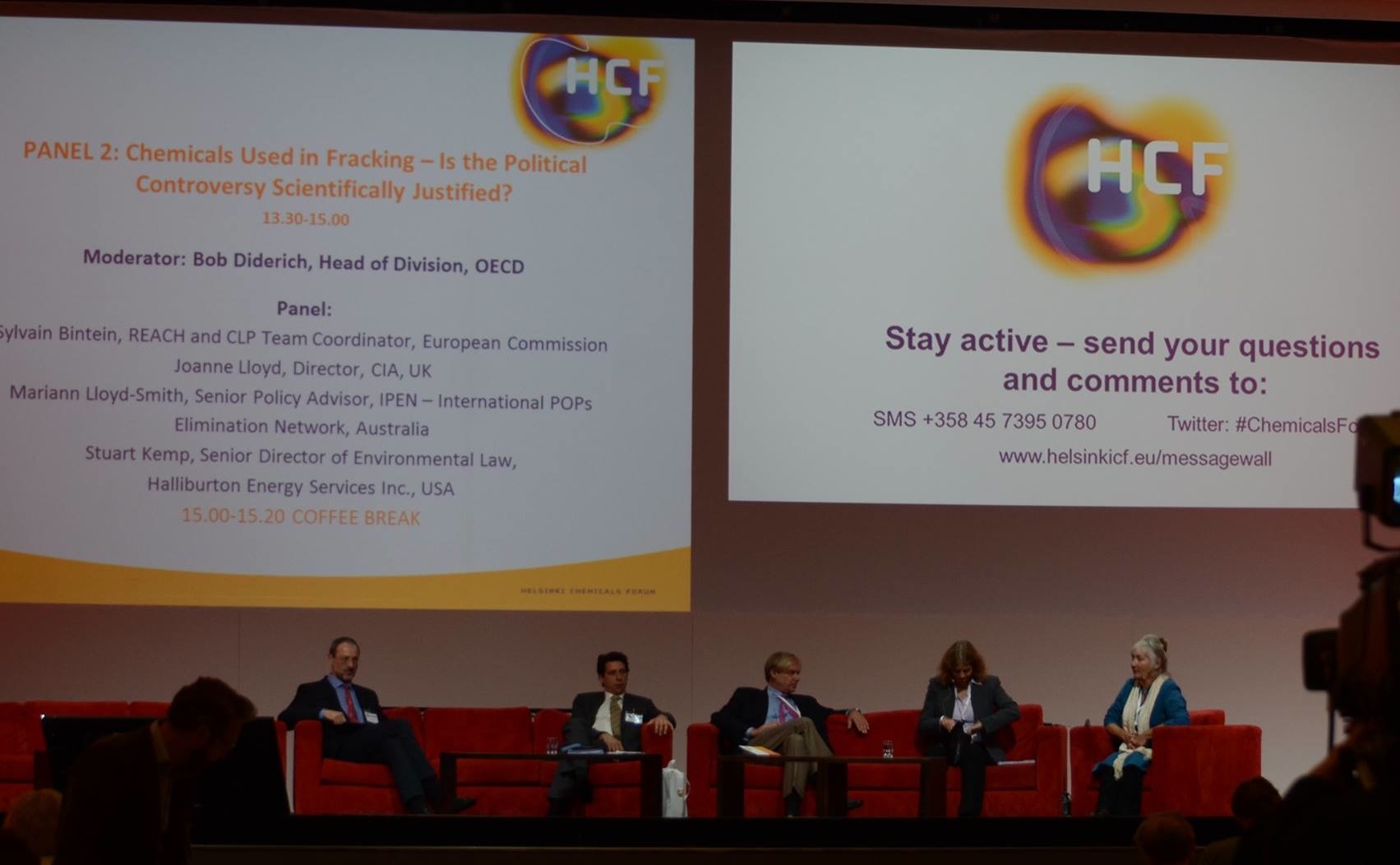