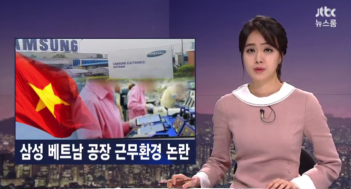 [Anchor] Samsung Electronics is producing half of its global sales in two mobile phone factories in Vietnam. An international environment & health organization released an in-depth report after interviewing women workers from the Vietnam factories. It says that there are frequent miscarriages due to overwork and that some of them have experienced fainting. Samsung Electronics refuted the claim and said it is different from the facts. Park Jinkyu reports. 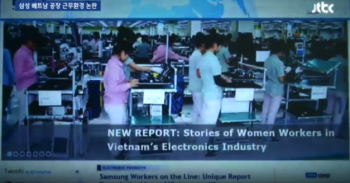 [Reporter] Mobile phone factories of Samsung Electronics are operating in Bac Ninh, north of Hanoi, the capital city of Vietnam, and Thai Nguyen. Eighty percent of its 100,000 workers are women in their 20s. IPEN, the international environmental and health organization based in Sweden, and a civil society organization in Vietnam conducted 45 in-depth interviews of forty-five women workers. 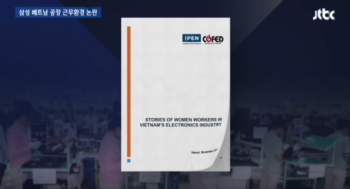 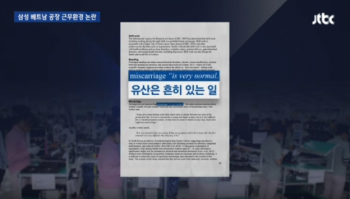 [Reporter] They are 25 years old on average, and working on the assembly or testing of mobile phones. According to the report, there are many cases of miscarriages, and it was found that pregnant women cannot take sufficient rest because they are concerned that their salary will be decreased. 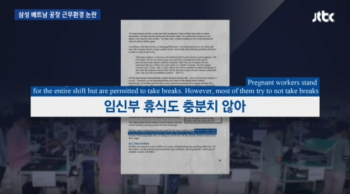 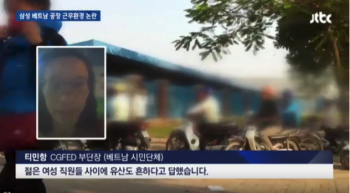 [Thi Minh Hang, Vice-Director of CGFED (the civil society organization in Vietnam)] They answered that miscarriages are frequent among young women employees. 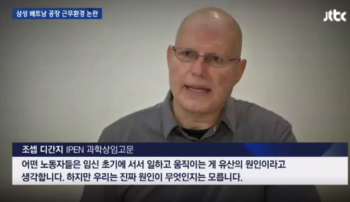 [Joseph DiGangi, Senior Science and Technical Advisor of IPEN] Some of the workers think that it is because they are standing and walking around early in pregnancy, but we really have no information about the cause.

[Reporter] And most (of the interviewees) said that they “felt dizziness during work or experienced fainting.” IPEN pointed out that the disclosure of information about the working environment in the factories is needed. 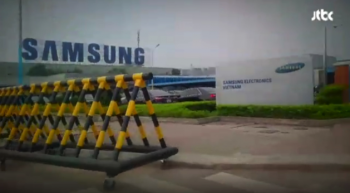 [Reporter] Samsung Electronics announced that the miscarriages are not related to the work environment, and explained that about four thousand pregnant women are currently working in the factories in Vietnam. It is Samsung’s position that they have a program on pregnancy and childbirth, involving the transfer of pregnant women into a separate working line and access to special meals. Samsung Electronics also announced that it has not received any relevant mention about unsafe working conditions from its annual on-site inspection by the Vietnamese government and an international authorizing organization.