Press and Media for DipCon

That baby girl, Shinobu Sakamoto is now Minamata Disease Victims Group leader. Aside from diplomatic conference, international NGOs and citizen groups also got together and exchanged information. The IPEN co-hosted symposium with Citizens Against Chemicals Pollution (CACP) on October 8, 2013 and presented Minamata Declaration on Toxic Metals with Shinobu.

The Japan News: Boost for mercury regulation in developing nations

Manny Calonzo, cochair of IPEN, the international environmental network of groups in 116 regions and nations, said compensation should have been regulated in the convention, because the mistakes made regarding Minamata disease may be repeated if the issue is left to the voluntary efforts of governments and relevant firms. 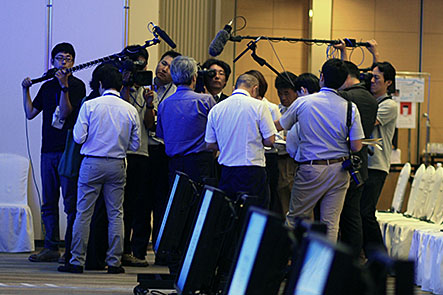 Environmental Health News: A Call for Action in Minamata

Determination takes on a special meaning here. Despite twisted limbs, tremors and confinement to wheelchairs, people afflicted by the world’s most infamous mercury poisoning still struggle for justice. As a new international mercury treaty is launched, they hope that no one ever again will suffer as they have.

Prime Minister Shinzo Abe said Wednesday in a video message sent to an international environmental conference in Kumamoto Prefecture that Japan has overcome the damage from mercury poisoning in the 1950s and 1960s, angering those still suffering from the Minamata mercury-poisoning disease.

"As we are the ones who have experienced damage from mercury poisoning and overcome it, Japan has a responsibility to do its best and take the lead in eliminating such damage from mercury in the world," Abe said in his message to the conference's ceremony held in the southwestern Japan city of Minamata in Kumamoto.

Masami Ogata, 55, a Minamata disease sufferer officially designated by the government, who attended the ceremony, criticized Abe's remarks, saying "Minamata disease is still in the process of being overcome."

Hideki Sato, head of a mutual aid group for victims in the city, said, "I just can't understand why (the prime minister) made such remarks when Minamata disease is far from ending. I want him to be more considerate." 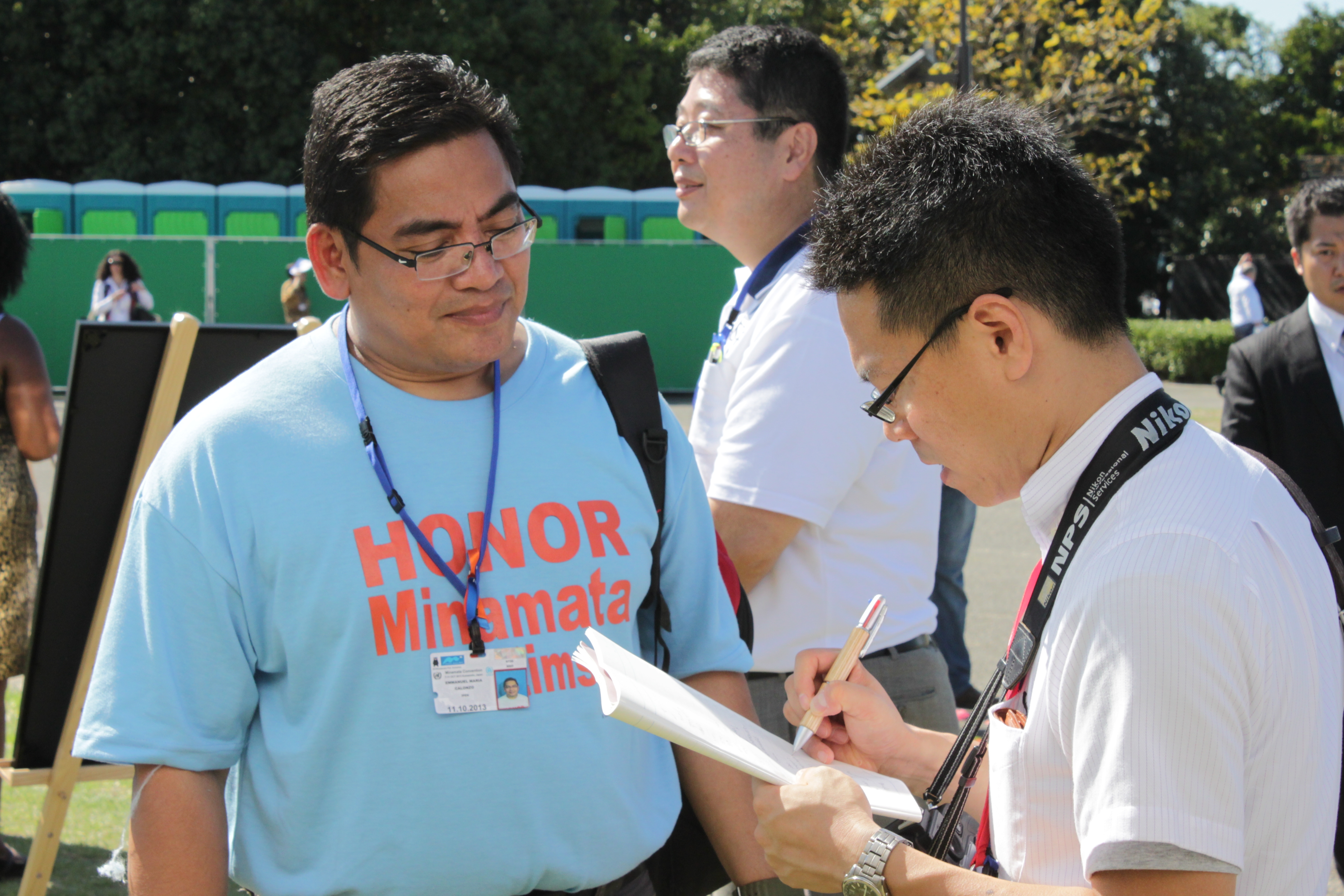 KUMAMOTO--Forty years after she spoke of her suffering to a stunned audience at the first U.N. conference on environmental issues, Shinobu Sakamoto continues her campaign against the ravages of mercury poisoning as a powerful symbol.

“Minamata disease has not ended,” Sakamoto told a meeting of nongovernmental groups here on Oct. 8. 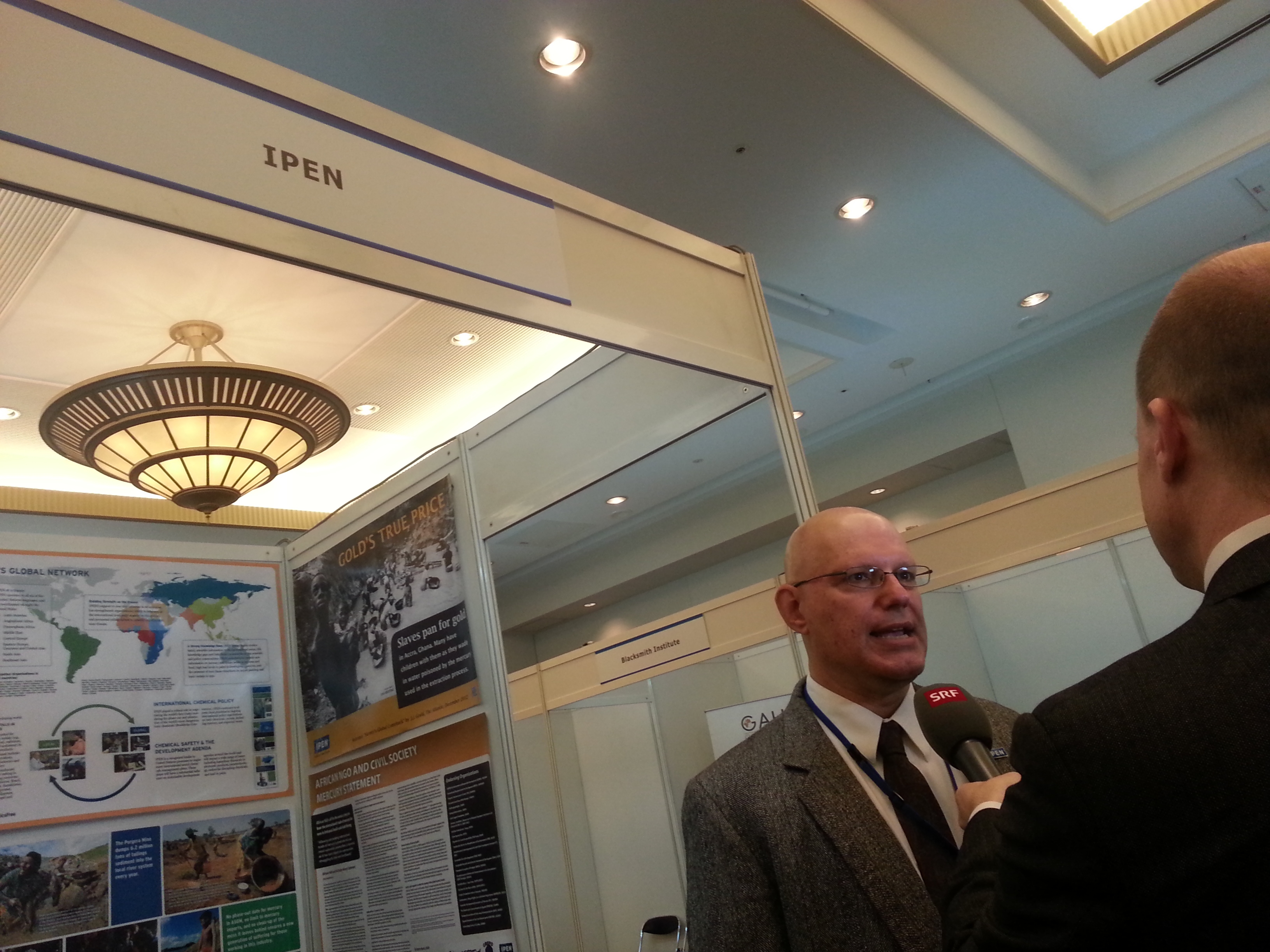 But the very name Minamata Convention on Mercury is contentious. Minimata disease victims’ groups have called on Tokyo and the U.N. to change the name, calling it inappropriate, given the way the victims have long battled with the central government.

“Authentic victims have been denied recognition. A comprehensive health study of the disaster was never performed,” Yoichi Tani of the Collaboration Center for Minamata Disease Victims said earlier this year.

Environment Minister Nobuteru Ishihara is drawing criticism for planning to skip a government-organized memorial service for victims of Minamata disease on Wednesday in Minamata, Kumamoto Prefecture.

The Environment Ministry said Ishihara has given priority to attending another ceremony, but people with the disease have accused him of coldness toward the victims. Leaders and environment ministers from about 60 countries are scheduled to attend the service.

“We wanted the minister to stand in front and join his hands in prayer toward a monument for the victims,” a Minamata resident said.

The head of an Indonesian environmental NGO called Oct. 6 on Japan to halt its exports of mercury, saying that portions of shipments to Singapore, in particular, were often smuggled to Indonesia for use in small-scale gold mining operations there.

Yuyun Ismawati, 49, head of Balifokus, noted that mercury contamination in Indonesia is becoming a cause for concern.

According to Ismawati, Japan exported between 100 tons and 150 tons of mercury, mainly to Singapore and Hong Kong, over the past five years. However, she said there is, in fact, little demand for the liquid metal in those destinations.

Press from the International Minamata Symposium organized by CACP and IPEN:

At the first negotiating session, held in Stockholm in 2010, representatives from IPEN and a Swedish nongovernmental organization tested the hair of participants from 40 countries for mercury. Every sample came back positive, and more than a third exceeded the U.S. National Research Council reference dose of 1,000 µg/kg (1 ppm). Mercury levels of participants from poorer countries averaged 1,182 µg/kg, and those from wealthier countries averaged 669 µg/kg. One sample topped the charts at more than 20,000 µg/kg.

These results effectively lifted the veil of abstraction that often shrouds diplomatic talks, says Joseph DiGangi, a senior science and policy advisor with IPEN. “When delegates actually found out that the topic of the negotiation was in their own body, quite a few of them came up and just couldn’t believe it,” he says. “They said, ‘What is it doing in me?’” 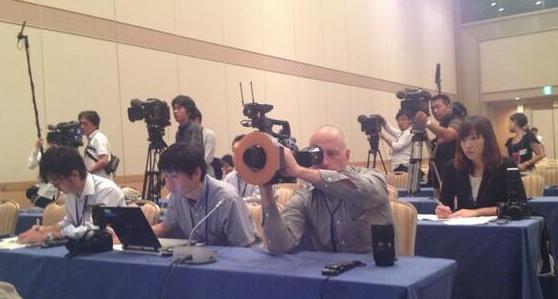