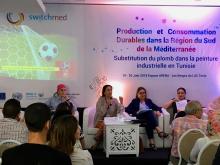 IPEN PO and Regional Hub, l'Association de l'éducation environnementale pour les futures générations (AEEFG), co-organized a meeting in Tunisia on the "Substitution of lead in industrial paint in Tunisia" under the SwitchMed Programme on June 19thand 20th. Around 50 stakeholders representing industry, Ministries, academia and civil society met to exchange experiences on lead paint in Tunisia, and to discuss next steps towards eliminating lead paint in Tunisia.

A technical guideline on replacing lead in anticorrosive paint developed by AEEFG, in collaboration with IPEN experts, was presented and welcomed by industry representatives. The outcomes of the meeting included support from key stakeholders for banning lead paint in Tunisia. AEEFG´s Executive Director Semia Gharbi played a key role in planning the meeting and facilitating stakeholder dialogue. 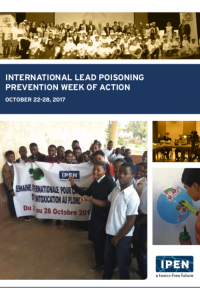 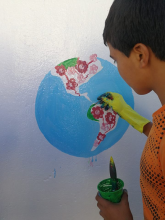 Activities from the 2017 International Lead Poisoning Prevention Week of Action

The International Lead Poisoning Prevention Week of Action is an annual event held every fourth week of October to raise awareness about the hazards of lead and lead paint. In 2017, events to mark the week were held in at least 44 countries. Forty-one events were organized by IPEN NGOs in 37 countries.

Read IPEN’s newsletter about the 2017 Week of Action to see the activities around the world. 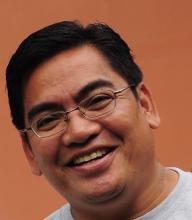 While the United States effectively banned lead-based paint in 1978, in many developing countries—even after decades of research showing how lead is linked to learning disabilities, lower IQ, and other health effects in children—the element is still abundantly applied in paint products, with lead concentrations sometimes up to 100 times higher than what’s permitted in the US.

The Philippines had long been a prime example of this. Just ten years ago, local activist Manny Calonzo decided to test the paint in his home country—the first person to publicly do so. Calonzo had long been involved in consumer safety, working for Consumers International in Penang, Malaysia, in the late 90s. After he returned to his home country, in 2008, he became president of pollution watchdog EcoWaste Coalition, a network of more than 150 environmental groups based in Quezon City. 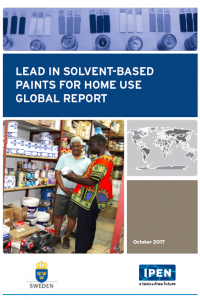 Lead in Solvent-Based Paints for Home Use Global Report

Young Volunteers for the Environment