From March 11-15, 2019, IPEN participated in the fourth session of the United Nations Environment Assembly (UNEA4). The meeting addressed the theme, 'Innovative Solutions for Environmental Challenges and Sustainable Consuption and Production."

See reports and resources on toxics and plastics provided by IPEN at UNEA4 here.

One of the topics to be covered at the Assembly was "life-cycle approaches to chemicals and waste management." Despite sweeping agreement by the majority of countries that urgent, ambitious, and global action is needed to address plastic across its lifecycle – from production to use to disposal – a small minority led by the United States (US) blocked ambitious text and delayed negotiations. IPEN and partners crafted a press release detailing the disappointing outcome of the assembly related to plastics. Read the full release here.

IPEN Co-Chair, Tadesse Amera, and CIEL Environmental Health Director, David Azoulay, presented at a side event during the assembly, where they discussed one of the fastest growing issues of our time--plastic pollution. This discussion surfaces just one month after the release of  Plastic & Health: The Hidden Costs of a Plastic Planet, authored by the Center for International Environmental Law (CIEL), IPEN, and six other environmental organization. The report brings together research that exposes the distinct toxic risks plastic poses to human health at every stage of the plastic lifecycle, from extraction of fossil fuels, to consumer use, to disposal and beyond.

For more information on plastics at UNEA4, read CIEL's latest issue of the Progress on Plastics newsletter. 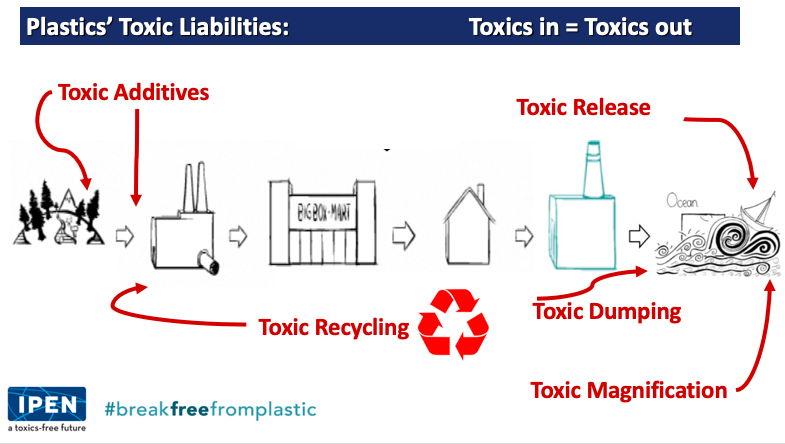 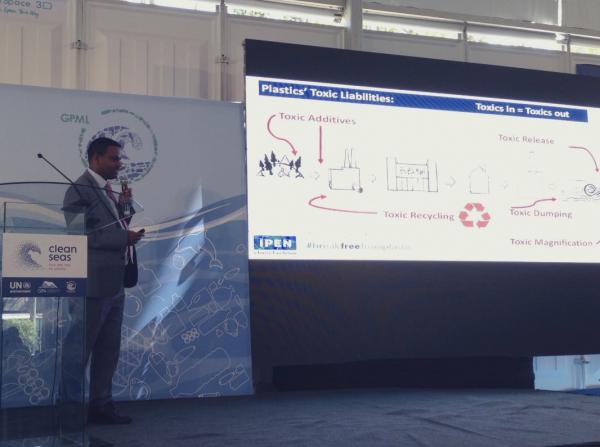 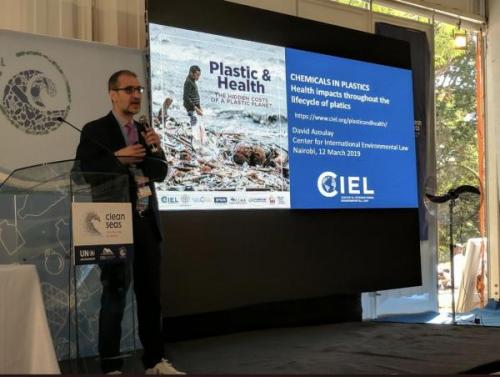 IPEN Co-Chair, Dr. Tadesse Amera, expressed his views on the ambition and the way forward that is needed to achieve the sound management of chemicals and waste by making an intervention. Read Dr. Amera's full intervention here.

At a skill-share session on local solutions for sustainable consumption and production in energy, water and chemicals, participants from Europe, Asia and Africa (including Semia Gharbi, IPEN Regional Coordinator for Middle East and North Africa) presented on the issue of gender and chemicals. 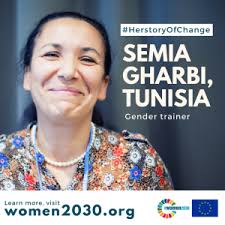 How Education Curricula Can Improve Sustainable Consumption and Production

Semia Gharbi of AEEFG (IPEN Regional Hub Coordinator), also discussed the effects education can have on sustainable consumption and production at a side event on March 14th. Semia presented a project in Tunisia, where the life science curriculum for students in grade school incorporated environmental issues, in order to raise awareness about the issue. The project enstilled the idea in these students that they can be the drivers of change. Semia's project is the first of its kind, showing how middle educaton can take a key role in implementing SDGs. 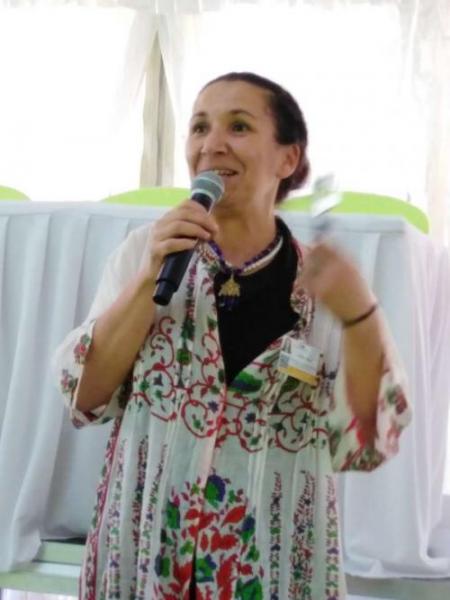 The Second Edition of the Global Chemicals Outlook

At UNEA4, the second edition of the Global Chemicals Outlook was released. IPEN Sr. Science Advisor, Joe DiGangi, served on the Steering Committee for this important Global Report (available here).

This new report states clearly that the world is polluted with chemicals and waste, and that the SAICM 2020 goal stating, "production, use and disposal of chemicals and waste should not cause significant harm to human health and the environment” will not be achieved.

The Guardian covered this report release with the following headline: Surge in chemical use ‘a threat to health and environment’. 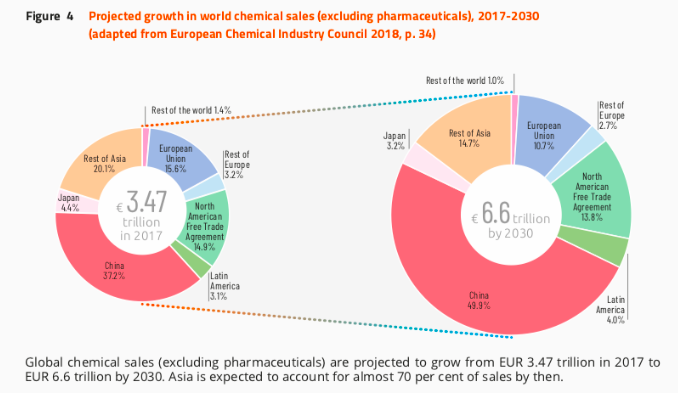 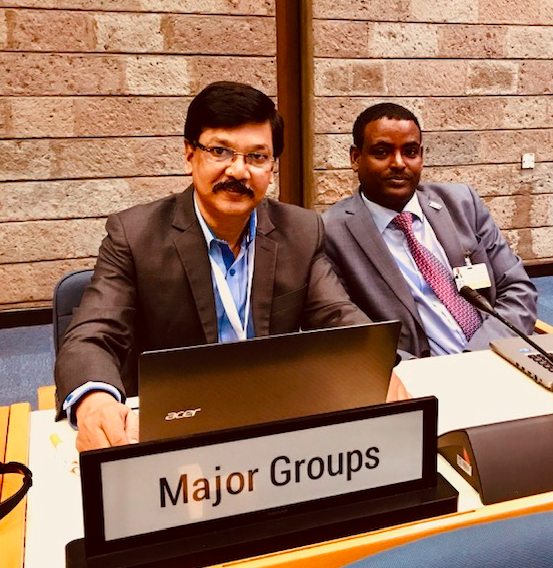 News about Chemicals in Products