IPEN has released a Spring 2017 Catalog for its Toxic Toy Store booth at the Basel, Rotterdam and Stockholm Conferences of the Parties. The mock Toy Catalog highlights toys from around the world that IPEN tested to determine potential toxic ingredients. Short-chain chlorinated paraffins (SCCPs), decabromodiphenyl (DecaBDE) and hexachlorobutadiene (HCBD), which were found in some of the toys, are recommended for listing in the Stockholm Convention. 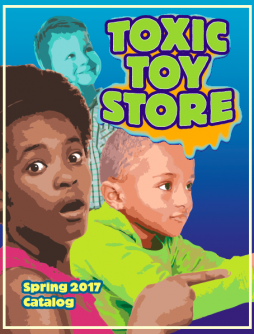 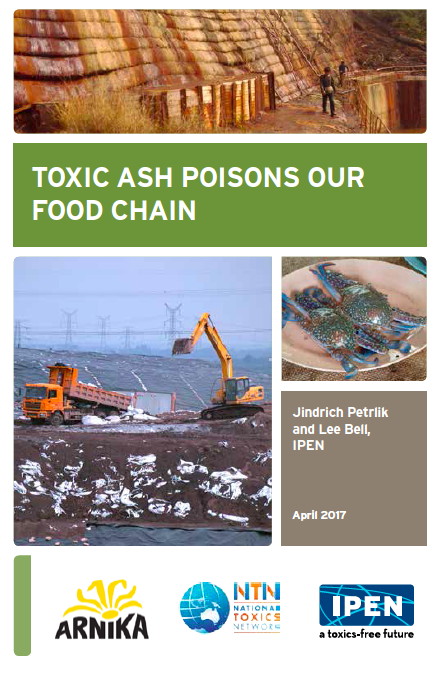 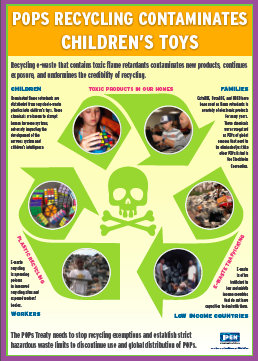 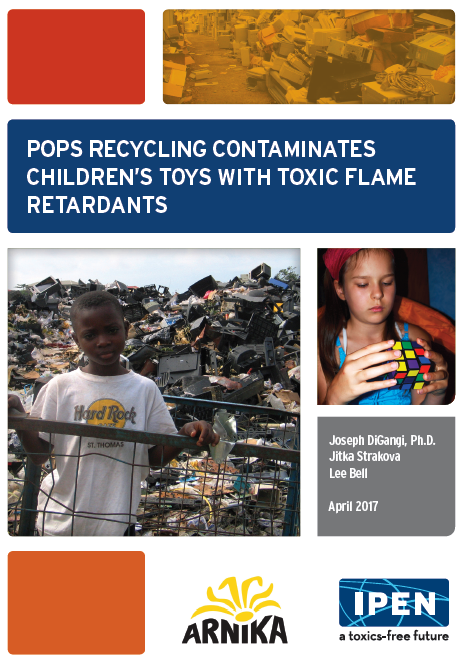 In the run-up to the Basel Convention's 13th Conference of the Parties, IPEN and BAN have released a "Quick Views of Basel Convention COP13." This document is a summary statement of IPEN and BAN views on issues that COP13 will be called upon to address, including E-waste guidelines, illegal traffic, POPs wastes, technical assistance and regional centres, compliance, the Cartagena Declaration, and more.

Led by Red de Acción sobre Plaguicidas y Alternativas en México (RAPAM), IPEN Regional Hub for Latin America and the Caribbean, and Red de Acción en Plaguicidas y sus Alternativas de América Latina (RAP-AL), more then 50 organizations, including NGOs and academics, sent letters to the Argentine, Chilean, Uruguayan and Mexican authorities to urge them to support the nomination of paraquat (a toxic herbicide), chrysotile asbestos (a carcinogen) and other substances to be included in Annex III of the Rotterdam Convention. Pressure from the chemical and asbestos industry in the region has been high in an attempt to blockade these nominations.

In the run-up to the Stockholm Convention's 8th Conference of the Parties, IPEN has released its "Quick Views of Stockholm Convention COP8." This document is a summary statement of IPEN views on issues that COP8 will be called upon to address, including POPs wastes, technical assistance and regional centres, rules of procedure, compliance, listing of new POPs (DecaBDE, SCCPs and HCBD), effectiveness evaluation, exemptions and acceptable purposes, evaluation of PBDE, and more.

The Stockholm Convention established a science-based process for new persistent organic pollutants (POPs) under the Stockholm Convention. The Convention recognizes that a lack of full scientific certainty should not prevent a candidate substance from proceeding in the evaluation or listing and clearly mandates Parties to decide on listing “in a precautionary manner.” This new Guide (English /русский /español / français / العربية) highlights three new candidates for listing in the Convention in 2017 - decabromodiphenyl ether (DecaBDE), short-chain chlorinated paraffins (SCCPs), and hexachlorobutadiene (HCBD) - and provides the POPs Review Committee's recommendation for which annex the POPs should be listed under in the Convention, the chemicals' uses, alternatives, adverse effects, and more. 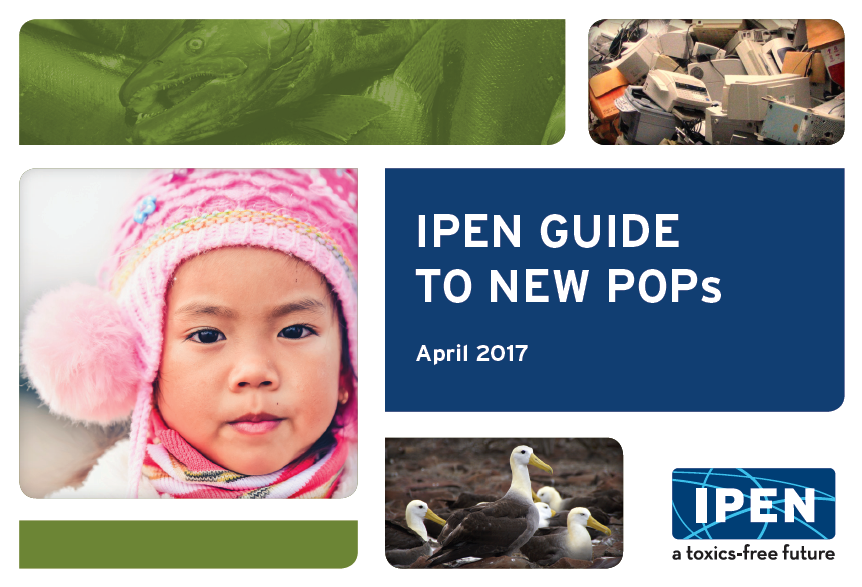 To the EU delegates of the Basel and Stockholm Conventions: Keep the Promise, Eliminate POPs

For a circular economy, it is critical that hazardous substances be eliminated from the circle. Unfortunately, at the international level, the EU has a poor track record on this issue by repeatedly promoting toxic recycling policies under the Stockholm Convention. We urge the EU to take a clear position against recycling materials containing polybrominated diphenyl ethers – PentaBDE, OctaBDE or DecaBDE – at the 8th meeting of Conference of the Parties to the Stockholm Convention (COP8).

The Stockholm Convention requires treatment of POPs waste above the low POPs content level so that it no longer exhibits POPs characteristics. The proposed and provisional levels for polybrominated diphenyl ethers (PBDEs), hexabromocyclododecane (HBCDD), and dioxins and furans (PCCD/F) create a loophole that allows for disposal options that may be less costly initially, but that leave behind substantial POPs residues that result in significant costs and harms to human health and the environment. We request the EU to support low POPs content levels of 50 ppm for PBDEs, 100 ppm for HBCDD, and 1 ng WHO-TEQ/g (1 ppb) for PCCD/F.

At the Basel, Rotterdam and Stockholm (BRS) Conventions Conferences of the Parties, key decisions will be made that define what is included as POPs waste. The definition will be based on a threshold concentration for a range of specific POPs (e.g. dioxin, PCBs, PFOS, etc.) and any waste containing more than that threshold concentration value will be defined as "POPs waste."’ Such POPs waste will be subject to measures as required under Article 6 of the Stockholm Convention to ensure that it is “Disposed of in such a way that the persistent organic pollutant content is destroyed or irreversibly transformed.”

IPEN has developed a briefing paper addressing these threshold concentrations, which are known as Low POPs Content levels. The values that IPEN has proposed to be adopted for Low POPs Content are based on the protection of human health and the environment and on fully referenced, sound science. It should be highlighted that setting strict Low POPs Content levels is virtually the only way to prevent the transboundary movement of POPs waste such as incinerator residues and some electronic-wastes from industrialised countries to lower income countries. IPEN encourages delegates from Parties to the Conventions and observers to review this briefing paper and support the IPEN proposals for Low POPs Content.