The second session of the Intergovernmental Negotiating Committee to prepare the treaty on mercury (INC2) took place 24-28 January, 2011 in Japan and numerous representatives from IPEN Participating Organizations took part.

Prior to the meeting, IPEN prepared an analysis of the United Nations Environment Programme’s (UNEP’s) “Draft elements of a comprehensive and suitable approach to a global legally binding instrument on mercury” document, called: “IPEN Views on the Mercury INC2 Elements Document.” IPEN was disappointed by the UNEP document, as we felt that the measures outlined in the paper were insufficient to drive the actions that are needed to reduce releases of mercury to the global environment on the scale required to adequately protect human health and the environment and bring down global mercury pollution so that fish are once again safe to eat.

This was circulated to government delegates planning to attend the INC2.

In addition, following the INC2, IPEN shared with delegates and others some thoughts and observations about the meeting. IPEN felt that important progress was made at INC2, but discussions at the meeting also highlighted some concerns that we wanted to raise. See IPEN’s INC2 follow-up document: Arabic, Chinese, English, French, Russian, Spanish

Please use the tabs at the top of the page to learn about IPEN's Actions, Documents and Interventions during the meeting. 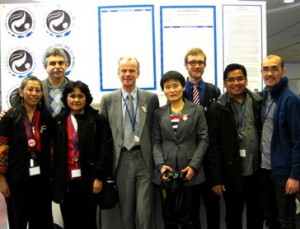