IPEN Factsheet on Naming the Treaty

Amongst other things, the workshop developed and endorsed an Africa NGOs/CSOs Mercury Statement in the preparation for INC5 towards a Mercury Treaty. See the statement here.

Arnika and IPEN have created a poster detailing Selected Mercury Waste Hotspots Around the World. This poster highlights different sources of waste that are contaminated by mercury, where some of these sources can be found around the world, and the threats they present to the environment,  humans, and other animals. This poster will be displayed and distributed at INC5. 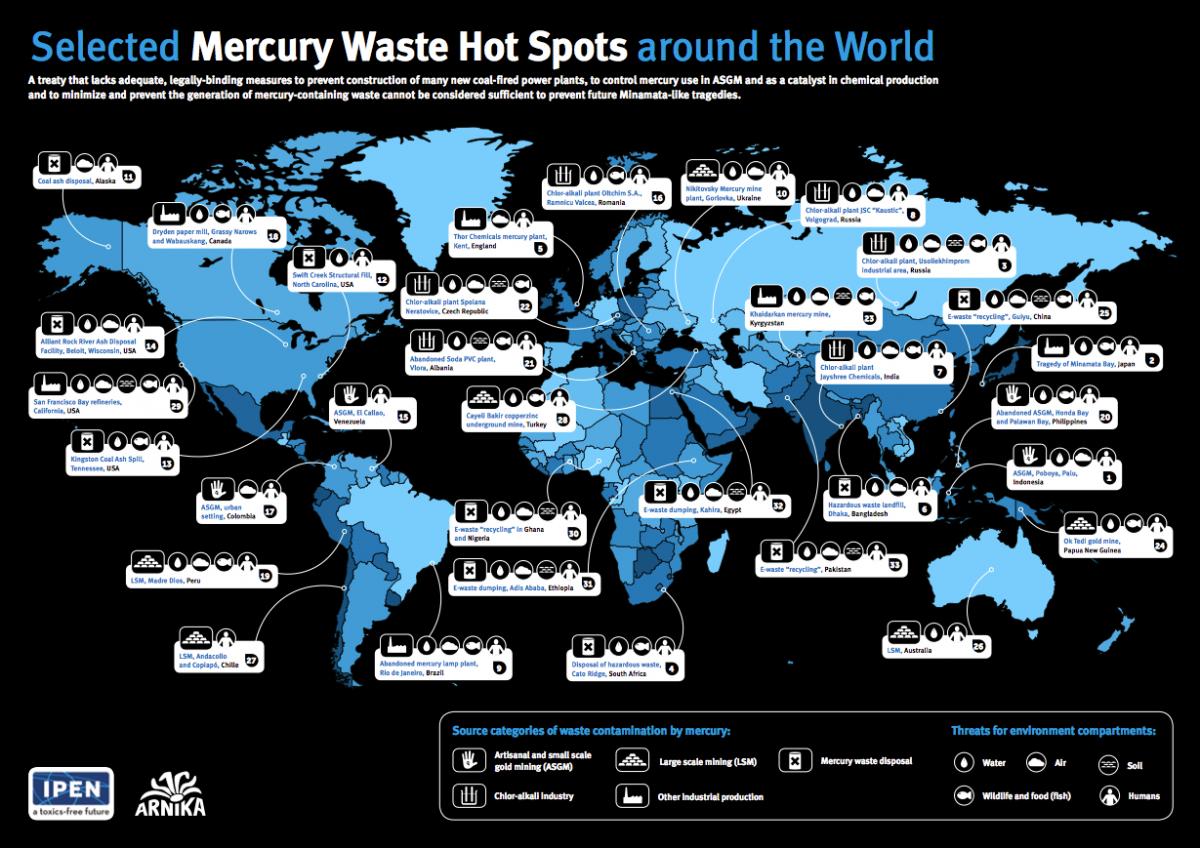 Victims of Minamata Disease and citizens’ groups delivered a statement to Japan’s Prime Minister, as well as Ministers of the Environment, Economy and Foreign Affairs, the Governor of Kumamoto Prefecture, and the Mayor of Minamata City, stating that they are opposed to calling the Mercury Treaty the “Minamata Convention” if the issues of Minamata are not resolved and the Lessons Learned from Minamata are not reflected in the Mercury Treaty. Read the statement

December, 2012: IPEN note to Mercury Treaty Delegates regarding the proposed name of the mercury treaty

IPEN suggests that the pending global mercury treaty not be named the “Minamata Convention.” This is because it appears to us that the new treaty will not likely be sufficient to: