(Geneva, Switzerland) As delegates to the second Conference of the Parties (COP2) of the Minamata Convention on Mercury negotiated for a week over wording for a range of non-binding guidance, the shocking news that global toxic mercury emissions had surged 20% in 5 years was announced by UNEP.

Dr. Tadesse Amera, Co-Chair for IPEN, said, “IPEN has long warned that we are in the midst of a global mercury crisis and has campaigned for a rapid international response. Now that the Convention is finally law, we are on the brink of a catastrophe. If mercury emissions continue to rise at this rate, we are facing massive intensification of ocean pollution and rapid contamination of global fish stocks. Many big fish species are already too toxic to safely eat, and more species will follow. Women in many small island states rely on fish for dietary protein, and our data shows that, for most of them, their mercury levels are above unsafe exposure levels. If we want to protect these island populations, we must take more action immediately. There is only one sure way to stop this runaway mercury pollution and that is to ban the global mercury trade that feeds small scale gold mining and shut down coal power plants polluting the atmosphere.”

(Göteborg, Sweden) A new study has found elevated levels of toxic mercury in women of child-bearing age in countries across the Pacific, Caribbean, and Indian Ocean. More than half of all women who were sampled measured above the US EPA level of concern, and three out of four women measured had mercury levels that have been associated with the onset of mercury-related impacts to fetal development. The study establishes that mercury pollution has accumulated across the worlds’ major oceans, contaminating the marine food chain and posing a threat to a sizable portion of the world’s island populations.

In preparation for the COP2's technical briefing on Effectiveness Evaluation for the Treaty, IPEN prepared this one-page document highlighting the need for new, science-based biomonitoring data. Read the paper (English & français) here.

Centre for Environment Justice and Development (CEJAD) conducted a study to establish mercury use, trade and supply within the ASGM subsector in Kenya. The study methodology entailed literature reviews; key informant interviews; as well as survey of some of the miners in select mines in Siaya and Migori Counties. The main objective of the study was to asses mercury trade and supply chains in the target ASGM hotspots in Kenya. Read the study here.

This document presents IPEN's views about some issues that will be addressed at the 2nd Conference of the Parties, including mercury supply sources & trade, effetiveness evaluation, waste thresholds, contaminated sites, and more. 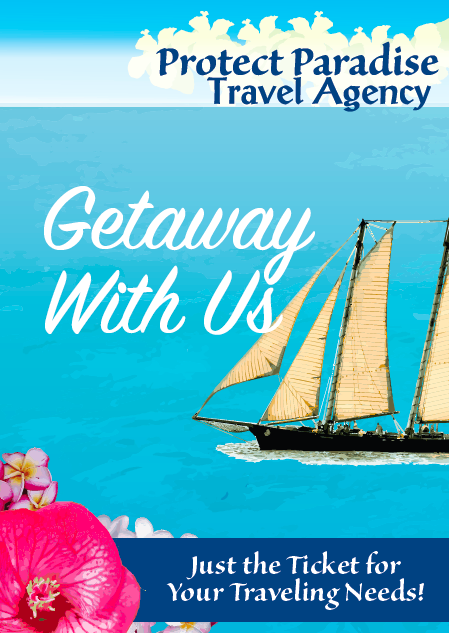 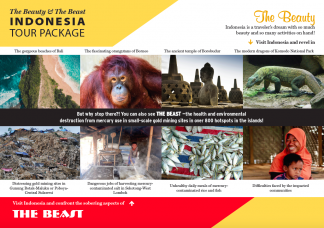 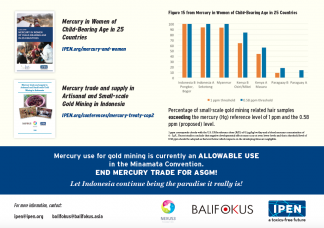 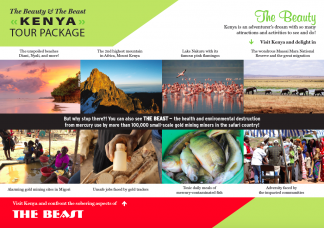 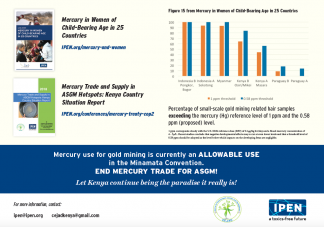