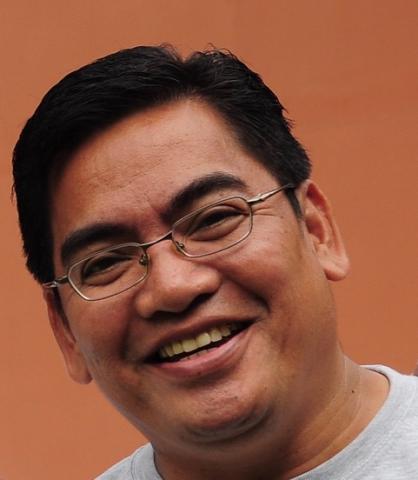 “Manny’s well-deserved Goldman Prize is a cause for celebration for all those who care about children’s health,” said Sara Brosché, PhD., IPEN’s Lead Paint Elimination Campaign Manager. “The prize will bring international attention to lead paint’s profound threat to the children of the world and shines a light on Manny’s successful coalition-building campaign model. This strategy was key to the ban in the Philippines and is being used today by NGOs in more than 40 countries, contributing to legally binding laws and mandatory paint standards in 17 countries.”

“It is clear that paint companies won’t become lead-free by themselves and governments will not take action without coordinated political and market pressure,” said Gilbert Kuepouo, PhD., Coordinator of Centre de Recherche et d’Education pour le Développement (CREPD), who was instrumental in achieving a new lead paint law in Cameroon in 2017. “As an advisor to IPEN’s global campaign, Manny travels to other regions, and works with and inspires other public interest organizations and the private sector to help build coalitions to end lead paint production, sales and use.”

“Manny Calonzo’s campaign to ban lead paint in the Philippines and his development of a third-party certification system for lead-free paint serve as powerful models for how to engage diverse stakeholders to effect meaningful policy change,” said Michael Sutton, Executive Director of the Goldman Environmental Foundation, referring to the world’s first paint certification program, Lead Safe Paint®, launched by IPEN in 2015 and harnessed by Calonzo to certify 85% of the paint market in the Philippines. “Manny’s work also serves as a great example for activists in other developing countries who are struggling to address the problem of lead contamination. Thanks to Manny’s work, in partnership with a broad coalition across industries, millions of Filipino children will be spared the profound dangers of lead exposure.”

"Manny helped spark a global movement to rid the world of lead in paint and protect children's health. With this inspiration and awareness, we will not stop until all existing and legacy lead contamination is finally eliminated," said Pam Miller, IPEN Co-Chair and Executive Director of Alaska Community Action on Toxics (ACAT).

Ravi Agarwal, founder of Toxics Link and a founding member of IPEN, states, “This prestigious award to Manny represents a growing awareness of the need for action to protect the children of the world today for our future tomorrow from lead and other toxic chemical threats.”

Lead-based paint contaminating household dust in older buildings is the leading cause of lead contamination in the US and throughout the world. Recent research in The Lancet concluded that 412,000 cardiovascular deaths a year in the US are attributable to lead contamination in adults, ten times higher than previous estimates. Experts anticipate higher impacts in the developing world, where protections are lacking and tropical environs cause paint to erode more quickly.

IPEN’s most recent global lead paint report, the largest such report to date, revealed that, of 54 countries, 50 have house paints on the market that contain lead. Forty percent had extremely high levels in more than a quarter of paints analyzed. (An interactive map illustrating lead in paint on the market in 45 countries can be viewed here.)

In the past ten years local health and environment NGOs have successfully led campaigns and achieved effective, legally-binding laws and mandatory paint standards in 17 countries.

Editors and reporters: to arrange interviews with Manny Calonzo or to contact leaders of campaigns to eliminate lead paint in other countries around the world, please contact LauraVyda@IPEN.org.

IPEN is a public interest network of more than 500 NGOs in over 100 countries working for a toxics-free future.