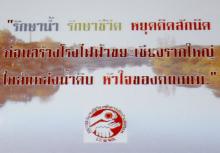 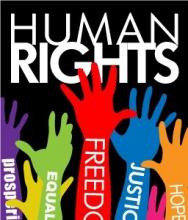 The undersigned organisations welcome the announcement of FMO on March 16 [1] that it will suspend all its activities in Honduras, including further disbursements on the loan for the Agua Zarca project, following the brutal murder of Nelson Garcia, member of COPINH.

(Penang, Malaysia) More than sixty percent of paint brands analyzed in a new study on total lead in solvent-based decorative paints contained high lead levels, and at least one paint from most brands contained exceedingly high lead levels. The findings are included in a report released today by the Consumers’ Association of Penang (CAP) and IPEN. Moreover, consumer information about lead content was missing from most paint can labels, and a number of brands falsely advertised themselves as “low lead.”

“The health impacts of lead exposure on young children’s brains are lifelong, irreversible and untreatable,” said S.M. Mohamed Idris, President of CAP. “We are limiting our children and our nation’s future intellectual development even though safe and effective alternatives are already in use and widely available in Malaysia. We must reduce this critical source of lead exposure to young children.”

(Bangkok, Thailand) On January 29, 2016, Thailand issued compulsory legislation controlling the amount of lead and other heavy metals in enamel paints, effective January 2017. According to this national decree, all enamel paints used for construction and decorative purposes which are manufactured or sold in Thailand must meet the following requirements:

In addition, all alkyd enamel paints manufactured or sold in Thailand will be required to show a warning label about potential dangers from the product, for example, “contains toxic substance” or “keep away from children.”

The effort to regulate lead in paint in Thailand has been led by the Thai NGO, Ecological Alert and Recovery-Thailand (EARTH) as a part of IPEN’s Asian Lead Paint Elimination Project.

(Dead Sea, Jordan) At the 7th meeting of the Minamata Convention on Mercury, a small group of developed countries opposed prompt creation of guidelines to manage toxic mercury-contaminated sites. Proponents of action expressed concerns over local harm and mercury’s wide ranging impacts as a global pollutant. Fifty-four countries in Africa, 55 countries in Asia-Pacific, and countries in Central and Eastern Europe and Latin America pushed for action. However, the EU blocked consensus on prompt development of guidelines, ensuring years of delay and continuing mercury pollution. 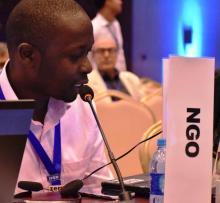 The seventh session of the Intergovernmental Negotiating Committee (INC7) for the international Mercury Treaty is underway in the Dead Sea, Jordan. After holding a side event focusing on mercury-contaminated site identification, characterization and remediation at the beginning of the week, IPEN is continuing to participate by presenting interventions during plenary, attending contact groups on technical, financial and reporting issues, and meeting with delegates and other colleagues.