Centre for Environmental Justice (CEJ) is the NGO that IPEN has partnered with in Sri Lanka for this project.

June, 2015 - National Report: Lead in Enamel Household Paints in Sri Lanka in 2015 The 2015 reports follow-up on analyses conducted in 2013 and were designed to test whether or not lead levels have fallen since that earlier study, especially in paints with high lead levels in 2013. Although results vary country by country, most NGOs are finding that though market leaders have reduced lead levels, many paints from small and medium sized producers continue to have unacceptably high lead levels.

June, 2014- This newly released report shows that lead levels in dust from some schools and preschools in Sri Lanka are of high concern.

Dust is one of the major sources of lead exposure for young children, and can be directly correlated with the children´s blood lead levels. Recent scientific studies have shown harmful effects from lower and lower blood lead levels, which has led the World Health Organization and the US Centers for Disease Control and Prevention to conclude that no blood lead levels in children can be considered safe.

NEWS.LK: School authorities warned not to use paints with lead

September, 2013- This report presents new data on the lead content of enamel household paints for sale on the Sri Lankan market. This is the second time household paints have been analyzed in Sri Lanka to determine their total lead content. An earlier, more limited study was conducted in 2009.

In this report, findings from the most recent analysis of the lead content in household paints are detailed and compared with results from the 2009 study. Additionally, the report presents background information on why the use of household paints with high lead content is a source of serious concern, especially to children’s health, and it proposes recommendations for taking action to protect children and others from lead in paint. 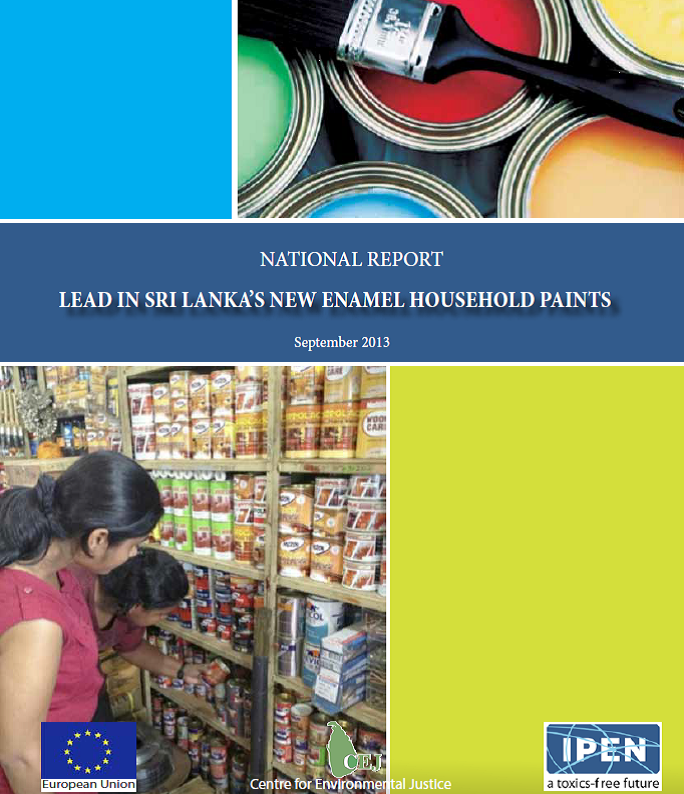 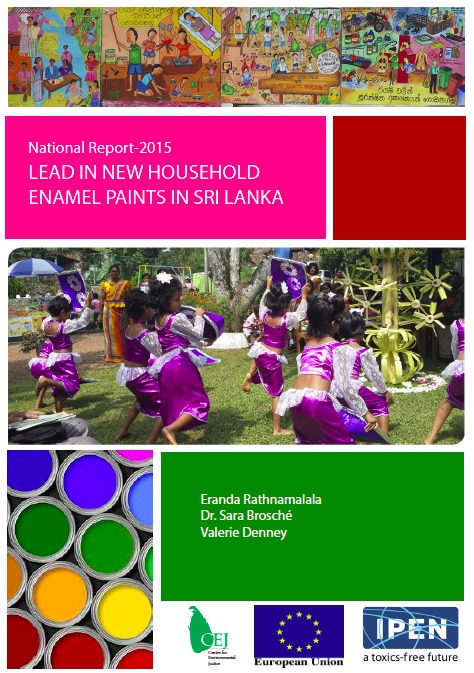 Lead in Spray Paints for Consumer Use in the Philippines

Lead in Solvent-Based Paints for Household Use in Korea