Since 2009, numerous studies have been conducted to assess lead levels in paint. IPEN-affiliated NGOs have conducted the majority of these, collecting and analyzing more than 3300 paints in more than 55 countries, and IPEN has assisted NGOs in establishing national lead paint elimination projects and programs. Lead levels in paints in most of these countries were found to be high. Results from all lead paint studies conducted since 2009 can be seen at this map.

Lead in Solvent-Based Paints for Home Use in:

This report tells the story of how seven Asian countries succeeded in reducing lead levels in paint in their countries and highlights the project accomplishments in each country.

A report from IPEN presenting the results from a study of the lead content of oil-based enamel decorative paints available on the market.

Worldwide Data on Lead in Paint: Published Studies and Reports (2015)

A summary of test sample data of lead in paint in countries around the world.

A report from IPEN (made possible by funding from the European Union through the Switch Asia programme) presenting the results from a study of the lead content of oil-based enamel decorative paints available on the market in seven Asian countries. 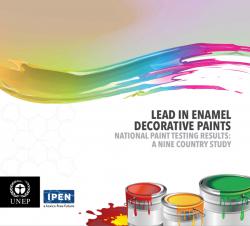 A report from IPEN and UNEP on lead in paint in nine geographically diverse, developing countries.

This project includes reports on lead in paint from IPEN participating organizations in seven Asian countries.

An introductory guide to the issue of lead paint elimination

Global Lead Paint Elimination by 2020: A test of the effectiveness of the Strategic Approach to International Chemicals Management (2012)

Prepared for the third meeting of the International Conference on Chemicals Management (ICCM) in 2012, this report argues that the global elimination of all decorative paints in all countries of all regions by 2020 is an achievable objective. 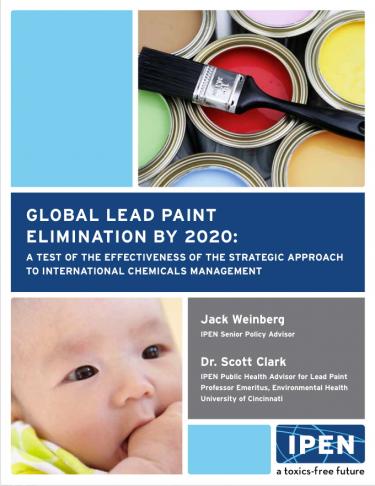