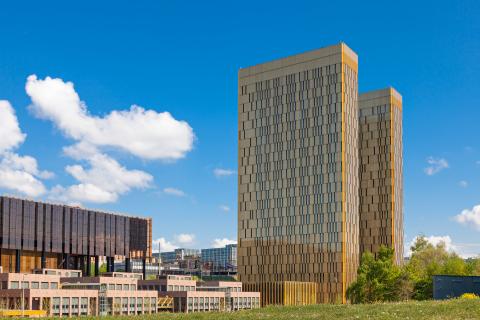 The decision was reached in a case brought by the Swedish government about lead chromate pigments – highly hazardous substances used in paints for road markings, metal paints and industrial plastics.

Lead exposure can damage children’s brain development and harm the nervous system while chromium VI can cause lung tumors in people and animals.

The Commission had authorized a Canadian company to sell red and yellow pigments containing these substances of very high concern in the EU. The company claimed a lack of suitable alternatives.

But Sweden took legal action, arguing that the country had not used such paints for the last 30 years, meaning that safer substances were demonstrably available and commercially viable.

ClientEarth lawyer Alice Bernard said: “This is a great victory which will have big ramifications for the environment and public health. It means the EU Commission and EU States have to fundamentally change the way they approve the use of such dangerous chemicals. When companies claim the absence of suitable alternatives, EU bodies can’t automatically take their word for it.”

Dr. Sara Brosché of the International Pollutants Elimination Network (IPEN) said: “Lead paint is still a major source of childhood and occupational lead exposure globally, and there is a strong momentum around the world to ban the use of lead pigments in all types of paint. We are glad to see this ruling from the European Court of Justice, which sends a strong signal that safer alternatives are available and cost-effective transition away from lead paint is both possible and feasible. The verdict also means that the EU will no longer be a source of lead paint for other countries but instead a positive force for the global movement away from lead paint."

Frida Hök of the International Chemical Secretariat (ChemSec) said:“This ruling is a turning point in the EU’s approach to chemicals authorisation. Until now, the EU Commission together with national governments had been extremely permissive, assuming that if a company applies for authorisation, it is because it does not have a suitable alternative – but this has been proven time and time again to not be true. Alternatives do exist, both for lead chromates as well as for many other products, and major companies are using them. Those claiming that this new direction in EU chemicals legislation will hurt industry are wrong. Instead, this judgment is a massive boost to those businesses who already invested in safer products.”

Elise Vitali of the European Environmental Bureau (EEB) said: "The authorization process for chemicals in the EU has sadly become a mere toll road – discouraging companies from investing in safer alternatives. This ruling makes it clear that changes in the Commission’s practice are absolutely necessary, particularly in DG GROW, in order to ensure a high level of protection for human health and the environment.”

In parallel, ClientEarth, IPEN, ChemSec and EEB have brought a different case regarding the same controversial authorization. The case is still pending.