Discussions on ocean pollution often center around visible pollutants, which can distract from the invisible chemical pollutants. Due to runoff, spills, leaching and dumping our oceans often act as dumping grounds for chemicals and plastic wastes. The continuous expansion of the production of plastics and chemicals, coupled with limited international control-mechanisms has led to a global, invisible crisis that has left the marine environment exposed to a cocktail of toxic chemicals that threaten ocean life and interact in unknown ways.

"The escalating production of chemicals, coupled with limited international controls has led to a global, invisible crisis where the oceans are exposed to a cocktail of toxic chemicals. It will not be possible to restore ecosystems, fish stock or to conserve coastal and marine regions if we do not have global controls on toxic chemicals...Unfortunately, discussions on pollutants often centre around the visible pollutants but let us not forget the things that we cannot see today that damage our future tomorrow."

IPEN is co-hosting two side events at the Oceans Conference:

The Invisible Global Crisis: Exceeding the Limits of the Pollution Planetary Boundary - Link - Register
Monday, 27 June 2022 at 13:30 CET
FIL - Lisbon Exhibition and Congress Centre, Auditorium I
Co-hosted with the Centre for Sea and Society

“A Plastics Treaty for our Oceans and our Health”
Thursday, 30 June at 14:30 CET
Ocean Base Camp: Passeio do Adamastor, Edifício Nau, 1990-007 Lisboa
Co-hosted by EIA, Common Seas, and OceanCare

Our oceans are under threat from toxic chemicals dumped in their waters. IPEN has released many studies looking at those impacts and what can be to stop them. 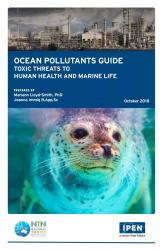 Marine pollutants are impacting the health of our oceans, their inhabitants and those dependent on oceans for food, culture and their very survival. Everyday an ever-increasing cocktail of intentional and unintentional chemical releases, as well as an unrelenting tidal wave of wastes, particularly plastic waste, enters our waterways and the marine environment. 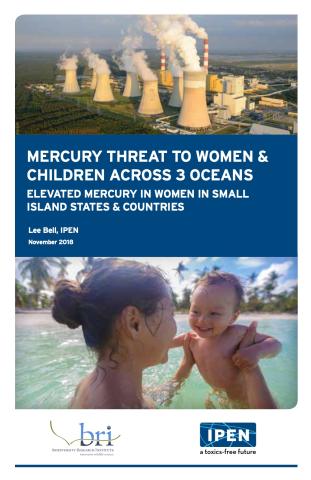 Builds upon previous mercury monitoring activities by IPEN and BRI, this study measured the mercury body burden of 757 women of child-bearing age in Small Island Developing States (SIDS) and SIDS-like locations in the Pacific Ocean, the Caribbean and the Indian Ocean.
Executive Summary 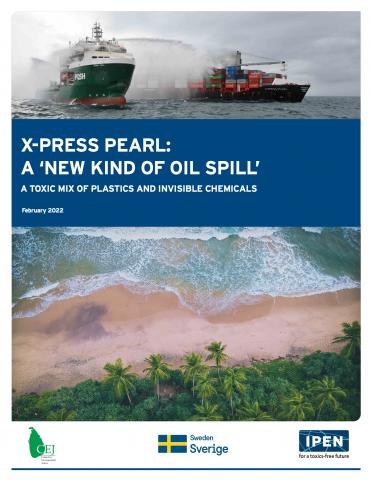 In May 2021, the cargo ship X-Press Pearl caught fire outside of Sri Lanka. The result was a vast, complex debris field of macro- and microscopic wastes and pollutants. What happened? And how can we prevent future similar disasters? 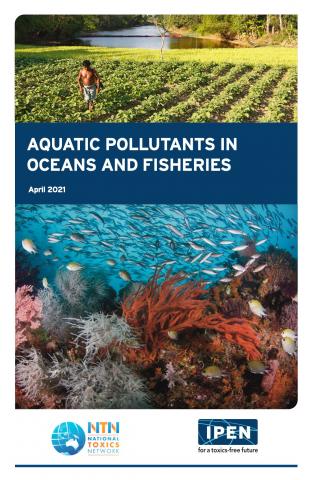 Aquatic Pollutants in Oceans and Fisheries

Chemicals are polluting oceans and waterways, not only endangering wildlife and those who rely on seafood for sustenance, but threatening the collapse of many fisheries. In combination with global warming, this is a catastrophe in the making. We still have time to stop the destruction, but as this report indicates, we will need to go beyond thinking only about how to control overfishing or manage pollutants in the fish we consume. 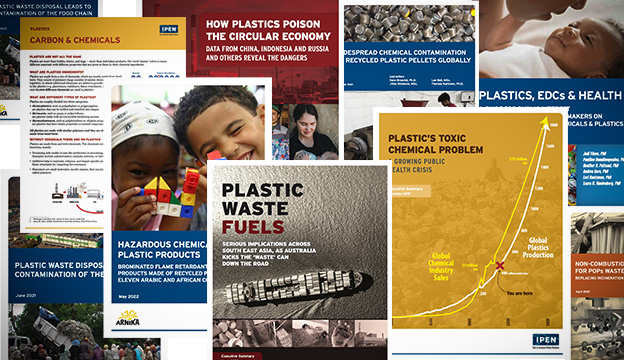 IPEN has been studying the impacts of plastics and the chemicals they contain for many years. Harmful chemicals affect every step in the lifecycle of plastics — from new plastics to products made from recycled plastics, and from discarded plastics to various methods of incineration. Click here to view our Plastics library.

Video story of Mercy Ritte, a life-long resident of Molokai and mother who participated in mercury monitoring on the island.

The UN sustainability goal number 14 “Life below water” calls for protecting and restoring ecosystems, promoting sustainable fishing, and conserving coastal and marine regions, among other targets. To reach these targets, it will be crucial to address harms from toxic chemicals in the oceans.

Discussions on pollution and pollutants often center around the visible pollutants but let us not forget the things that we cannot see. Visible litter is accompanied by invisible threats. Plastics are a combination of carbon and chemicals, many of which have adverse effects on human health and the environment. Pesticides, persistent organic pollutants (POPs), and heavy metals are also contaminating the oceans at an alarming rate and are spreading to the most remote regions of the world. It will not be possible to restore ecosystems or fish stocks or to conserve coastal and marine regions if we do not have global controls on toxic chemicals that are endangering life under water.

These toxic chemicals have dire effects on coastal communities. Due to long-range ocean transport of POPs, contamination of traditional foods is now a public health issue. Coastal communities also often bear the cost of toxic spills from ocean-going vessels. In May 2021Sri Lanka’s beaches were covered in debris following a fire onboard a container ship filled with plastics and chemicals. Together with Centre for Environmental Justice in Sri Lanka, IPEN investigated the effects of the accident and found that the plastics on the beaches contained alarming concentrations of toxic chemicals. We also surveyed the local fishermen who told of lost income, destroyed nets, decreased catch, and changes in the sea. When this data was published the government changed their routines for the beach cleanups in the area, where people previously wore little to no protection, and adopted protocols to better match hazardous waste cleanup.

The potential for plastic wastes to spread toxic chemicals in the marine environment has been well documented over the past 50 years. In 2021 IPEN measured PCBs and Benzotriazole UV-stabilizers in beached pellets from beaches from all over the world. These chemicals are linked to harms to marine life, human health and the environment. All ten analyzed BUVs and all thirteen analyzed congeners of PCBs were found in pellets from all sampled locations, demonstrating that plastic pellets found on beaches all over the world bring toxic chemicals with them.

Consequences of toxic chemicals in the ocean are especially affecting small-island developmental states (SIDS), where women and children are often the most exposed to these chemicals. In 2018, IPEN measured the mercury levels in over 700 women from 21 countries, mostly SIDS. Shockingly, 75% of the women had higher levels of mercury than the health advisory levels.

We need global controls on toxic chemicals to protect the oceans and the health of everyone that is dependent on the oceans for survival.