Mercury in Fish and Human Hair

When mercury, a global pollutant, enters the aquatic environment, microorganisms can transform it into methylmercury, a compound that is more toxic at low doses than elemental mercury. Once methylmercury is in the environment, it becomes part of the food chain. Small aquatic organisms ingest it from their surrounding environment, and are, in turn, eaten by fish and other, larger aquatic organisms. As a result, the methylmercury biomagnifies, becoming increasingly concentrated as the pollutant works its way up the food chain, polluting marine mammals, birds, and other animals that consume fish. Generally, higher concentrations are found in larger and older animals. Methylmercury pollution also harms the health of people who regularly eat fish. Testing fish and human hair for mercury is a good indicator of mercury pollution levels in various geographic regions and communties. 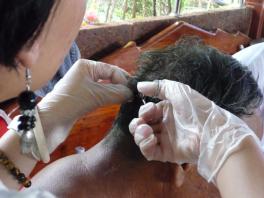 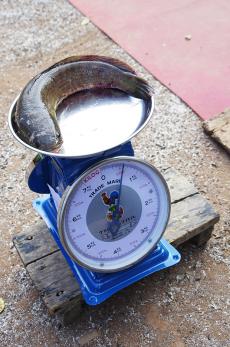 (2018) A new study has found elevated levels of toxic mercury in women of child-bearing age in countries across the Pacific, Caribbean, and Indian Ocean. More than half of all women who were sampled measured above the US EPA level of concern, and three out of four women measured had mercury levels that have been associated with the onset of mercury-related impacts to fetal development. The study establishes that mercury pollution has accumulated across the worlds’ major oceans, contaminating the marine food chain and posing a threat to a sizable portion of the world’s island populations.

See the report,, as well as an executive study, infographic, press release and video here.

Mercury in Women of Child-Bearing Age in 25 Countries

(2017) New research, Mercury in Women of Childbearing Age in 25 Countries, was undertaken to measure the prevalence of mercury body burden at levels that can cause neurological and organ damage. Mercury in a mother’s body can be transferred to her fetus during pregnancy, exposing the developing fetus to the potent neurotoxin.

The study is the first of its kind to sample as many countries and regions and spotlight women of childbearing age. Researchers from IPEN coordinated hair sampling from 1044 women of reproductive age in 37 locations across 25 countries on 6 continents. Analysis, conducted by BRI, found that 42% of women sampled had average mercury levels over the US EPA health advisory level of 1ppm, above which brain damage, IQ loss, and kidney and cardiovascular damage may occur.

The study additionally found that 53% of the global sample of women measured more than 0.58ppm of mercury, a level associated with the onset of fetal neurological damage.

(2017) A new study, supported by the Minamata Convention’s Interim Secretariat hosted by UN Environment, reveals that women of childbearing age living in four Pacific Island countries have elevated levels of mercury in their bodies. Mercury monitoring in women of childbearing age in the Asia and the Pacific Region, jointly conducted by the interim secretariat of the Minamata Convention, Biodiversity Research Institute (BRI), and IPEN, examined hair samples from women aged 18 - 44 from Cook Islands, Marshall Islands, Tuvalu, and Kiribati, and two landlocked Asian countries, Tajikistan and Nepal.

In 2015, IPEN collabroated with Arnika and BRI to create a poster highlighting the countries where sampling was carried out, the organizations that gathered the media for sampling, major findings and more. 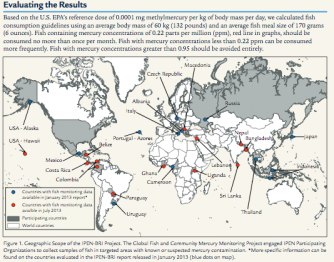 In 2011, IPEN partnered with the Biodiversity Research Institute to undertake a Global Fish and Community Mercury Monitoring Project. The goal of this project is to generate new data and raise awareness about global mercury pollution and specific hot spots, primarily from developing and transition countries. Mercury monitoring information generated through the project to date includes sampling results from both fish/seafood and biomonitoring (via hair sampling). 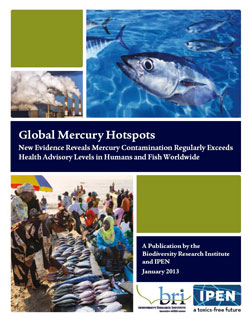 A January 2013 report, Global Mercury Hotspots, revealed that mercury contamination regularly exceeds health advisory levels in humans and fish worldwide. The report was the first of its kind to identify ten global biological mercury hotspots of particular concern to human populations and the ecosystems on which they depend. The report was updated in September, 2013 in preparation for the Mercury Treaty Diplomatic Conference held in Japan in October, 2013.

NEWS: IPEN Participating Organization Volgograd-Ecopress was taken to court in 2014 by the chlor alkali industry in Russia, who claimed that mercury testing results revealed in the report were false.

This map shows the geographic scope of the mercury montoring project. 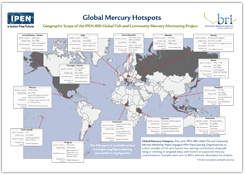 In 2010, IPEN partnered with the Swedish Society for Nature Conservation to test hair samples for mercury from government delegates and other participants at the 1st international negotiating committee meeting for a treaty on mercury. More than one-third of the samples exceeded the US National Research Council mercury reference dose of 1000 ug/kg. 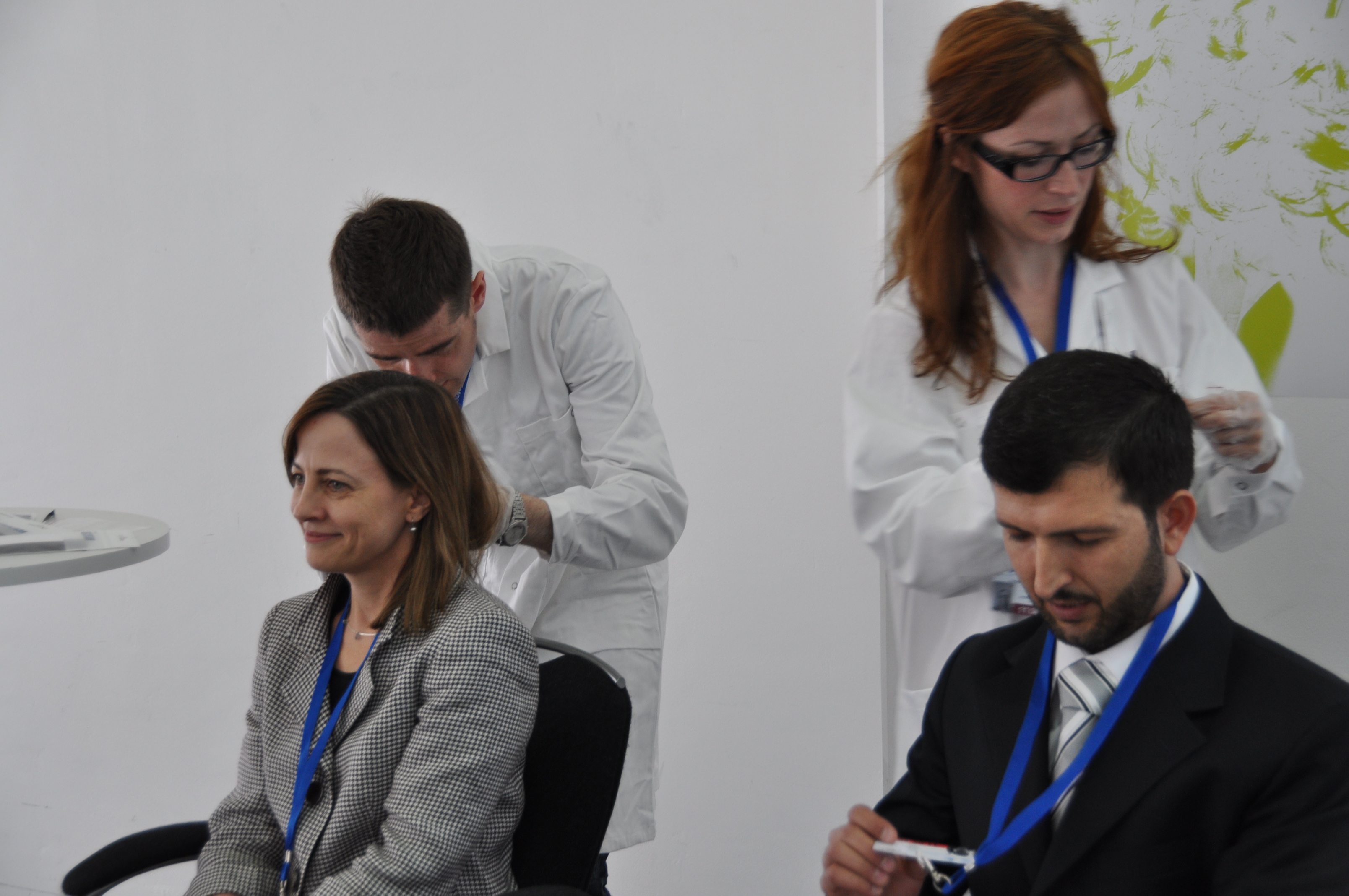 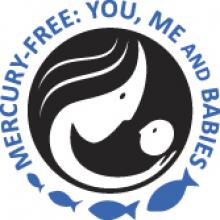