One of the rarest of wildcats, the Balkan lynx has gained an almost mythical reputation. A national symbol of North Macedonia, it appears on the country's five denar coin, but today the species is critically endangered.

As few as 20 adults still roam the mountains and alpine forests of the south-west Balkans, and the only place they are known to breed is the Mavrovo National Park -- an area famed for its gorges, meadows and dramatic waterfalls, which straddles North Macedonia's border with Albania and Kosovo. 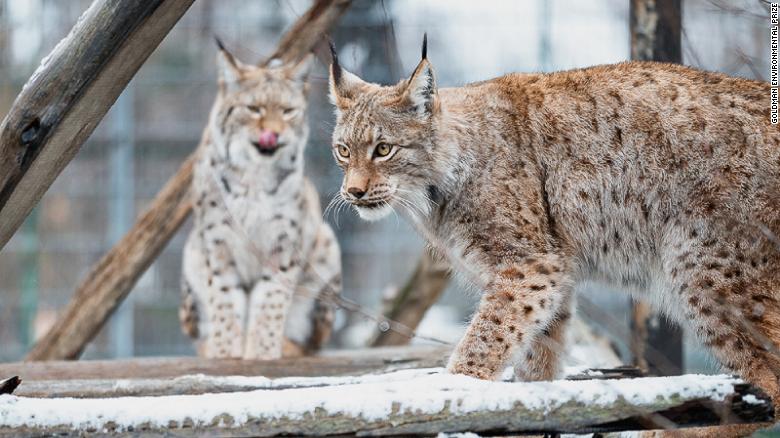 The majestic lynx is the national symbol of North Macedonia
With its habitat coming under increasing threat, Ana Colovic Lesoska spent seven years campaigning against two large hydropower plants planned for the national park.
She launched petitions, went door-to-door stirring up public opposition, and challenged international banks over their involvement.
Today, her work has been recognized by the Goldman Environmental Prize for grassroots activism. Each year, the prize honors six environmental trailblazers -- one from each habitable continent -- who have often taken great personal risks to protect their environment.
Lesoska, 39, brought up in Skopje, North Macedonia, says she endured intimidation and threats to her life during her campaign. She even traveled to the mountains door-knocking to raise awareness while seven months pregnant with her second child.
"If you get scared, then you stop," she told CNN. "I couldn't let it consume me because that would have meant the end of the campaign." 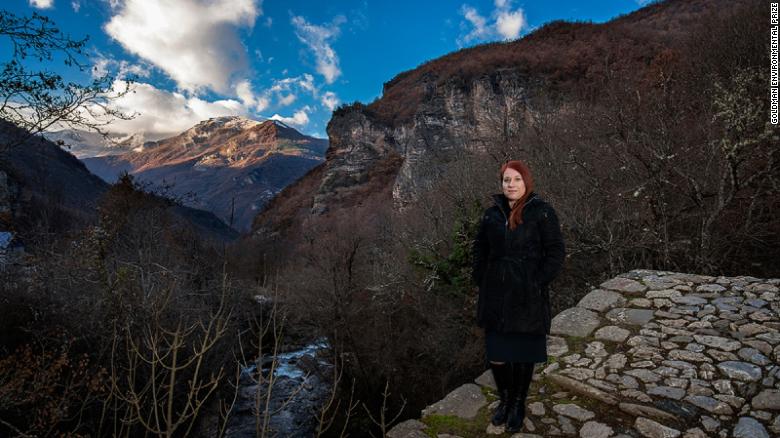 Ana Colovic Lesoska's love of nature spurred her to try to protect it.

'A matter of injustice'

The struggle began in 2010, when the state-owned power utility ELEM proposed the construction of two large hydropower plants in the Mavrovo National Park. Both had attracted significant funding from international development banks -- one plant €65 million ($72 million) from the European Bank for Research and Development (EBRD), and the other $70 million from World Bank.
Conservationists feared they would harm Mavrovo's biodiversity. The protected 280-square-mile area of natural beauty is home to more than 1,000 varieties of plants, wolves, bears, golden eagles, otters, a rare trout species, as well as the Balkan lynx.
Dime Melovski, of the Macedonian Ecological Society (MES), told CNN that the dams would have had a "negative cumulative effect" on the lynx population, by disturbing their habitat, making them more accessible for poachers, and disrupting the rearing of kittens.
"I felt that it was a matter of injustice," said Lesoska. "It's not as if a meteor dropped on the middle of the park and destroyed the lynx, it's a decision ... It was a decision by the banks to contribute to the extinction of the Balkan lynx." 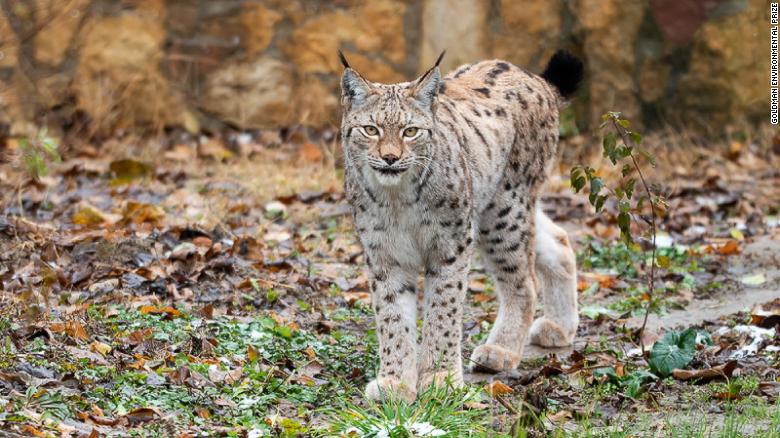 As a trained biologist, Lesoska had worked for various conservation groups and in 2002, she founded her own environmental research center, Eko-Svest. She began to collaborate with other local NGOs -- such as Front 21/42 and MES -- in what became the "Save Mavrovo" campaign.
Lesoska filed a complaint with the EBRD in 2011, then she visited the bank's board of directors in London and presented each member with a North Macedonian coin featuring the lynx. This was to "guilt trip" them, said Lesoska, "and bankers resonate better with money."
At an EBRD conference in Warsaw she distributed cute lynx toys with tags such as "Hug me, I'm endangered." She organized public protests and launched a petition to shut down the projects, which gathered nearly 100,000 signatures. 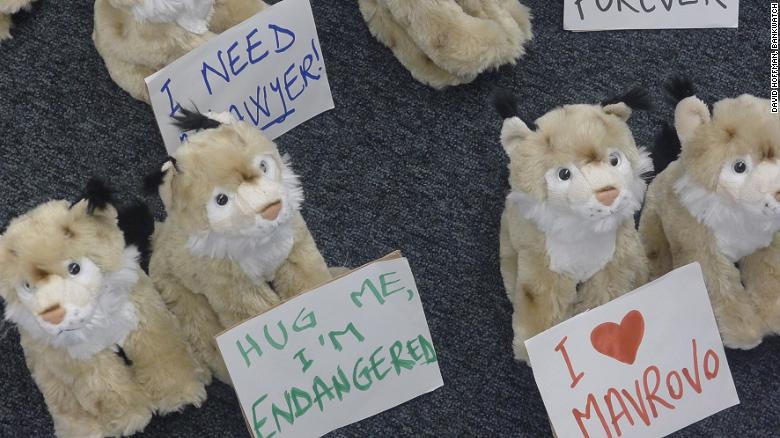 The campaign displayed fluffy lynxes outside the EBRD annual meeting, Warsaw, 2014.
It was a combination of the emotional pleas and the legal challenges that gained traction, says Lesoska.
But the real game changer came in 2013, when Lesoska submitted a complaint to the Bern Convention on the Conservation of European Wildlife and Natural Habitats, a legally binding pact between 51 states. She claimed that the North Macedonian government was breaching its terms with the planned hydropower plants.
Two years later, the Bern Convention standing committee recommended that the country should urgently suspend the hydropower plants "until a Strategic Environmental Assessment will be completed," which would address the "specific conservation needs" of flora and fauna, including the Balkan lynx.
It also invited "international financial institutions to consider the results of the strategic environmental assessment when deciding on the financing of the hydropower projects in the park."
Shortly after, the World Bank withdrew from the project "following a change in priorities in the energy sector," according to a spokesperson.
In May 2016, a North Macedonian court upheld a legal complaint against one of the projects and annulled its environmental permit.
The EBRD stated that it would accept the recommendations of the Bern Convention and once the contract had expired, in 2017, it canceled its loan, "as conditions for disbursement were not met."
CNN reached out to the government of North Macedonia for comment, but it had not responded by the time of publication.

The fight goes on

"If you are persistent enough, you are able to get what you want," said Lesoska.
Her campaign was recognized by the Goldman Prize foundation for its unique use of both grassroots activism and international legal mechanisms to cut off the financial lifeline of the hydropower plants.
Lesoska says she will continue to fight against other hydropower dams planned for the region.
"To me, it's like a religion, believing in the force of nature," she said. "It is sacred. My connection to Mavrovo could have been a connection to any other protected area under threat."
Tags:
Goldman environmental prize