For several years there has been ongoing discussion about setting limit values for the definition of POPs waste, which is waste containing dangerous levels of Persistent Organic Pollutants (POPs). This means determining the levels of POPs in wastes above which the waste is considered to be in certain way hazardous (according to its content of POPs). When we talk about the levels we refer to “Low POPs Content Level.” “LPCL” is the abbreviation used for this term (see Article 6 of the Stockholm Convention).

Such waste cannot be recycled or landfilled, but should ideally be destroyed in an environmentally-friendly way (by some of the environmentally sound management technologies defined in the Technical Guidelines on POPs Waste). POPs waste also cannot be exported from developed countries to developing ones.

Weak limits for POPs have many serious consequences, one of which is: They allow more hazardous waste to be exported to Africa and other developing countries. In other words, if the waste is not determined to be hazardous (because the LPCLs are not strict enough), it can still be exported. But if the LPCLs set responsibly, and in a health and environmentally-protective way, the waste is considered hazardous, and then it cannot be (POPs waste is not allowed to be exported according to both Stockholm and Basel Conventions).

This project aimed to raise awareness about and build capacity on Low POPs Content Levels issues with decision-makers and other stakeholders in Cameroon, Côte d’Ivoire and Togo in preparation for the Basel and Stockholm Conventions’ Conferences of the Parties in April - May 2019, where decisions on the subject were being made. It is part of IPEN's Toxics-Free Sustainable Development Goals (SDGs) Campaign, and relates to SDGs 3, 6, 8, 11, 12 and 13. 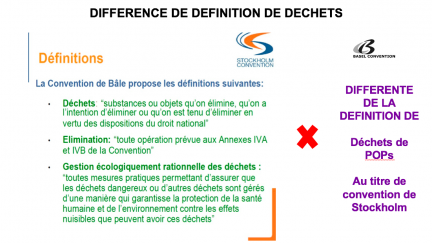 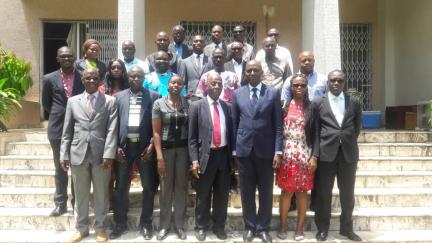 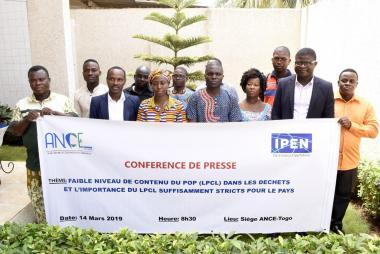